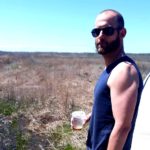 Mitch likes big ideas, believable characters, and lucid prose. He’s moved by points of contact, places where characters and their lives come together with each other or the world and systems around them. He finds tremendous meaning in the scraps left in the wake of living. Some of the best books Mitch has read in the past year are Lidia Yuknavitch’s Book of Joan, Sybil Baker’s While You Were Gone, Charles Frazier’s Thirteen Moons, George Saunder’s Lincoln in the Bordo and Erin Morgenstern’s The Starless Sea. Some of his favorite short stories this past year include Saunders’ “Sticks,” “Puppy,” and “Simplica Girl Diaries;” Joycelyn Nicole Johnson’s “Control Negro,” Téa Obreht’s “Items Awaiting Protective Enclosure,” and Ben Passmore’s “Your Black Friend.” Some of his favorite non-fiction reads this year include Seo-Young Chu’s “Woven: A Refuge for Jae-in Doe: Fuges in the Key of English Major,” J. B. Mackinnon’s “Tragedy of the Common,” and Robert Wolff and Thom Hartman’s Original Wisdom: Stories of an Ancient way of Knowing. In short, though Mitch prefers his steak medium rare, he likes his writing well-done. 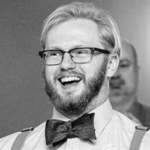 A lifelong Michigander, J.R. Allen recently moved to southwestern Ohio to pursue an MFA at Miami University. He reads voraciously, but the stories that stand out most to him are those that push linguistic boundaries, blending prose with the innate poetics of language to create something altogether new and unique. One of his favorite novels that he feels does exactly that is Matt Bell’s In the House upon the Dirt between the Lake and the Woods. Follow J.R.’s reading and writing adventures on Twitter @JRAllenWrites 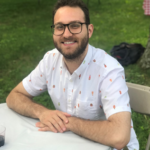 Will is most interested in work that demonstrates an astute sense of control. No matter the subject, a poem should guide the reader with careful diction and formal choices, such that the poem transcends mere description and is couched in the voice and perspective of the speaker. A few short favorites Will’s: “White Dog” by Carl Phillips, “Elms” by Louise Glück, “To the Harbormaster” by Frank O’Hara. 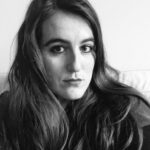 Brittany N. Jaekel writes from her home in the Twin Cities. She is particularly drawn to cross-genre experiments, memoir that plays with form and language (think Good Woman: Poems and a Memoir by Lucille Clifton), and stories of “human and natural histories” (think Judith Schalansky’s [Pocket] Atlas of Remote Islands or John McPhee’s Annals of the Former World). Send creative nonfiction that engages the reader long after the work has been set down, and/or writing that boldly experiments with language or genre while telling a compelling story. Brittany’s work has appeared in RHINO, The Journal of the Acoustical Society of America, and elsewhere. 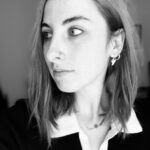 Gillian DiPofi is an artist from Geneva on the Lake, Ohio. Her preferred mediums are watercolor and photography. She is in search of photographs that relate the photographer’s intention without the use of repetitive form or subject matter. She enjoys photography that provokes feelings of nostalgia and familiarity. She is a big fan of Street Photography because of the small, fleeting moments it captures of people’s everyday lives. In her own work, she tends to paint or shoot “What feels right to me in that moment.” 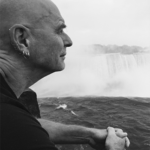 I don’t necessarily fancy myself a formalist or classist; call me a generalist, if you must. In my own work, I tend to explore narrative possibilities or impossibilities; in short, I wrestle with improbabilities straying from the perceived path failing to latch onto the welcome wagon. I drift toward multimedia these days but still love the written text. All that being said, I find myself drawn to works that expand conventions, literature that takes one outside of comfort zones and challenges perceptions. I am enthralled with Murakami and his Kafkaesque adventures. The absurdist realms of John Kennedy Toole, Laurie Foos and David Bowman, along with Beckettian banality, are familiar playgrounds. Investigating the barren landscapes of brutal prose from Anchee Min, J.M. Coetzee and Han Kang offer sobering perspectives on depravity. Shifting focus, the wordplay of Joyce and the jazzy riffs of Kerouac soothe the aural senses. Delving further into wordplay and speaking in two tongues, the work of Theresa Hak Kyung Cha explores marginality and displacement. Finally, it is refreshing to settle in with the calming straightforward narratives of David Hinton. 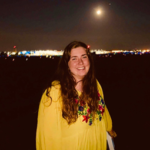 Margie Griffin’s ever-evolving goal in life is to live on a sailboat and travel the world by sea. Until then, she is limited to living out her dreams through reading. Because of this, she wants to read new and exciting stories from authors who challenge their characters to do the unexpected. She wants to see polished and well-thought-out pieces with character-driven plots and distinct voices from authors of varying backgrounds. Whether you write stories like Ruth Ware’s thrilling page-turners or characters like Angie Thomas’ and Margaret Atwood’s world-changers, Margie wants to read them. Learn more about Margie. 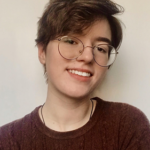 Elizabeth Katavich commends writing with great heart and personality, showcasing a strong sense of voice and individual identity. Her favorite works include “A Dam Is a Promise” by Michael Salisbury and “Detroit” by Craig Bernier. She herself is a seasoned fiction writer and author of several works of her own, resulting in her earning a Certificate for Superior Writing in 2017. Having found a passion for English literature and composition, she currently attends Lakeland Community College with a focus in journalism.

Lauren Frick likes works that are innately introspective and vulnerable. She likes when writers explore the inner-workings of their mind on the page like Laura Lamb Brown-Lavoie does in “On This the 100th Anniversary of the Sinking of the Titanic We Reconsider the Buoyancy of the Human Heart.” Lauren also finds poetry that engages with the environment and the questionable state of our planet to be especially poignant. Joy Harjo does just that in “Once the World was Perfect.” Lauren wants to feel something in a world that often seems to be devoid of emotion. In addition to being Editor-in-Chief of Spirits Arts and Literary Magazine, she is also Great Lakes Review’s website coordinator. 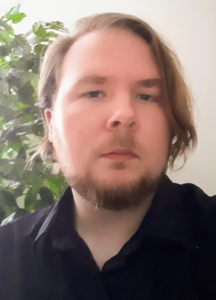 Matthew Gilbert enjoys writing that crackles and burns with emotion. He wants works that push the boundaries between writing and lived experience — works where language and form delight or agonize the speaker. Imagine poems like Ocean Vuong’s “Kissing in Vietnamese,” which layers reminiscence and sensation with longing for what is gone, or Joy Harjo’s “Fear Poem, or I Give You Back” where fear is expelled through the power of words and shapes a complex history of the speaker. Shock him with powerful images like Sharon Old’s “Still Life in Landscape” or break him with the raw truth of a world in need of transformation like Crystal Valentine’s “#feminism.” Poetry is fire to illuminate and remold. Learn more about Matthew Gilbert. 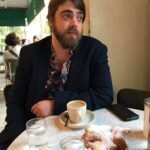 Wesley Scott McMasters is from the hills of Pennsylvania but now lives just within sight of the Great Smoky Mountains and has a dog named Poet (who came with the name, he swears). He loves poetry that is carefully written and contains multitudes–but also is accessible and real, written for people who are real. Poetry that can uncover emotions we are all familiar with but in ways we have never seen before. Poetry that finds the beautiful in everything; poetry that makes things holy. Wesley’s favorite poetry over the past few years has come from Li-Young Lee’s The Undressing and Kaveh Akbar’s Calling a Wolf a Wolf.

Check out Wesley’s most recent chapbook, Trying to be a Person (2016). 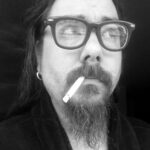 AJ Schmitz NEEDS poetry to push against constraints. It needs to explore the gray-matter, to manipulate language, manipulate the boundaries of the genre. There is a Psychogeographical element that all poetry needs, pushing against convention, working within its parameters while simultaneously reshaping the lay of the land. Take academic prose and put its back on the canvas like he does in his poem LA Story; Or Songs On My Ipod; mess with structural mores as Frank O’Hara does in his “Meditations In An Emergency”; or focus on Place the way Langston Hughes does in “Juke Box Love Song”. Let the words ululate, defamiliarize, pioneer the blank spaces of creativity. Use language to SHOW, not tell; narrative poems are tremendous, but be sure the work speaks in multiple levels, in multiple voices, to multiple audiences. Poetry need not be Experimental, but it MUST be Exploratory.

Poetry that turns Kate on could be described in traditional terms as poetry that is playful with patterns, has fresh energy and imagery, tension within the form and the content, acute attention to the line, and that offers organic insight born out of the poem’s curiosities. But really, what it all boils down to is voice. The poems she responds to are those that have discernible attitude and urgency about them; those that aren’t afraid to piss her off and hold her accountable in their truth. It boils down to voices that take risks and unnerve. Voices that haunt, both on the page and long after the pages fall silent. Check out Franny Choi’s latest book, Floating, Brilliant, Gone, to enjoy such a voice. Learn more about Kate. 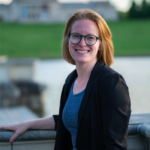 Lindsay is drawn to memoir that relates or speaks to a larger moment or social issues, or that discovers the personal through an investigation of something else, like Simi Linton’s My Body Politic: A Memoir or Durga Chew-Bose’s Too Much and Not the Mood. She also often recommends “The Crane Wife” by CJ Hauser to innocent bystanders who are wearing a shirt with a bird pattern or look particularly resigned. Lindsay loves short form prose, micro flash, flash, and the short-short story. Some of my favorite nonfiction and fiction is work that muddies time and genre or, perhaps more accurately, explodes them into a billion fragments, like Jennifer Egan’s “Black Box.”  She loves work that can envelop us in a character’s longing, novels like Dodie Smith’s I Capture the Castle or Charles Frazier’s Cold Mountain. Lindsay is always looking for work that deals with the worst of humanity and satisfies her deeper, sadistic, middle-school love for psychopaths and sickos and sad people but doesn’t settle for easy cynicism or easy answers.

You can read one of her creative nonfiction pieces online at Oxford Magazine. 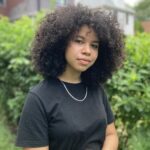 Andrea Bossi is a poet and journalist from Chicago’s South Side. She’s on hiatus from her studies at Harvard College, where she studies cognitive neuroscience and African American Studies. In nonfiction, Andrea looks for pieces that reel her in and give her no choice but to become intellectually curious and emotionally invested. Work like this tends to be/come quite personal to the writer, influenced by their identity and experiences as appropriate. And a poetic quality is always a bonus. While Andrea doesn’t necessarily expect investigative journalism, Rachel Kaadzi Ghansah’s “A Most American Terrorist: The Making of Dylann Roof” is a great example of the excellence she seeks. 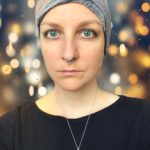 Jessica Franken has wide-ranging tastes, but is especially looking for creative nonfiction that reaches beyond the personal essay with a curiosity toward the world outside the self. Send her your lyric essays, formal experiments, speculative nonfiction, narrative profiles of surprising people and things, incantations and invocations, fourth-genre weirdos, and genre-straddling prose. Send your conventional essays as well, the ones pulled taut by poetic, rhythmic prose begging to be whispered aloud while reading. Jessica’s own nonfiction has found a home in River Teeth, The Cincinnati Review, and elsewhere. She is also the  Great Lakes Review’s copy editor. 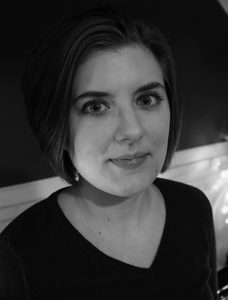 When she’s not holding down her day job as a digital marketing manager, Emily loves finding the perfect GIF to accompany tweets @GreatLakesRev and sharing your work and other interesting reads on GLR’s Facebook Page.