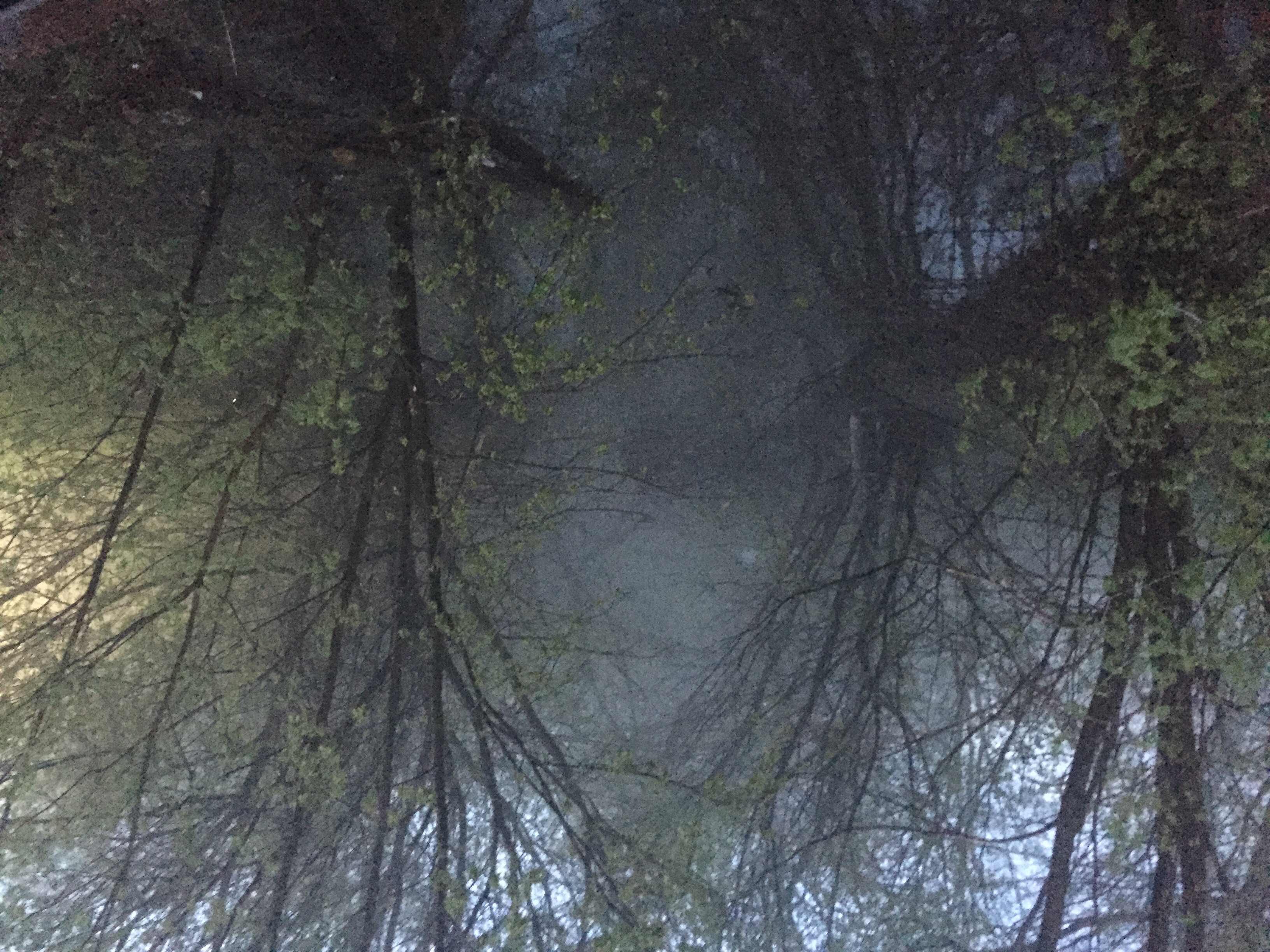 Considering a height that sheers
to concrete,
you remember that backyard elm from
your youth with its three forking boles,
how you’d lay a two-by-four
between them as a bridge
and move among the upper branches
on that precarious scaffolding
as if you couldn’t come to peril,
as if, looking down at the rounded backs
of garden stones, soul and providence
were givens. One night
as a summer storm approached,
you climbed to better hear
the dry leaves sing and to feel
the way the whole tree swayed
to keep from breaking, reaching
toward the fence line
and the dark ground. Years later
you took to horses in the same oblivious way,
bucked a dozen times into sand
and gravel and dirt, somehow never
busting a bone in any of those falls.
You’d read that trees speak
to each other through their roots, sharing sugars,
huddling against wind, and that their peril
was in being alone—they willfully
give us nothing and it might, after all,
be incorrect to speak of single trees—
suckers, widowmakers—but copses,
stands, and forests, whole subterranean
networks of roots and molds—
but isolated crowns in gales still resemble
the head of a panicked Arabian fleeing
your white-knuckled grip
and your shrill voice at a dead gallop.

Cal Freeman's writing has appeared in many journals including Commonweal, The Cortland Review, The Journal, Passages North, and Hippocampus. He is the recipient of the Howard P. Walsh Award for Literature, The Ariel Poetry Prize, and The Devine Poetry Fellowship (judged by Terrance Hayes). He has also been nominated for Pushcart Prizes in poetry and creative nonfiction, as well as Best of the Net and Best American Poetry. His collection, Brother of Leaving, was published by Marick Press, and his chapbook, Heard Among the Windbreak, was published by Eyewear Publishing (London). Freeman's book, Fight Songs, is forthcoming from Eyewear Publishing in the fall of 2017.