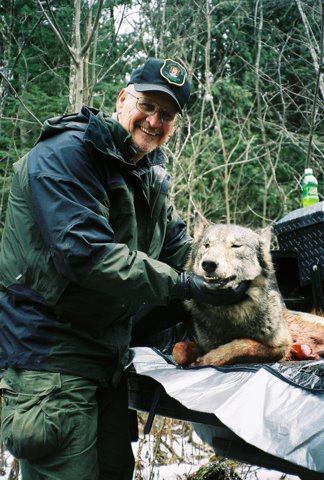 Joseph Heywood’s novel, Killing a Cold One, is currently number 5 on the U.P. Bestseller list.

Mountains of the Misbegotten is the second in a new series intended to explore the early days of professional game wardens in Michigan.  As part of my “Woods Cops” series, set in contemporary times, I have spent about a month a year in trucks on patrol with conservation officers around the state and over that time officers often told me how they wondered what the job was like in “olden times.” This of course set my tiny think-pot to action. The new series begins with Red Jacket (2012), in the summer of 1913 in the Keweenaw during the famous copper strike. Mountains of the Misbegotten (2014) then picks up the same characters in the spring of 1914 when one of them is dispatched to Ontonagon County to try to locate a missing game warden. The stories deal with both the professional and personal aspects of life in those difficult and formative years. My second collection of short stories, all with female protagonists, will be out from Lyons Press March 1, 2015. These stories were written in the summer of 2013 in Deer Park in the U.P. The title of the collection is Harder Ground.

USAF brat, lived all over the US and other places. Graduated from Rudyard High School in Chippewa County in 1961. Graduated from MSU (BA Journalism), 1965. Served in the USAF as a KC-135 navigator at  now de-activated K.I.Sawyer AFB south of Marquette, 1965-1970. Studied for MA in English Lit WMU in early 70s. Worked for The Upjohn Company for 30 years. My wife and I summered in Deer Park, 35 miles north of Newberry for five years, and now we spend six months a year in Alberta, eight miles south of L’Anse. My wife is a WMU art grad, Niles-born, an artist, and retired teacher with as big a hankering for wild places and the outdoors as inhabits me.

I read constantly, fiction and nonfiction, poetry, short stories, essays, all genres, varied subjects. (Reading IS part of writing, contrary to some foolish notions.) I  spend a lot of time formulating stories. I write first drafts in longhand and move it to computer within a day or so. I write the story all the way through to a conclusion, then edit and revise. I don’t believe in revising and repainting brick by brick or board by board. I write seven days a week until the first draft is done, then set it aside for periods ranging from one month to a year. The time needed to compose varies. The Snowfly (2000)  was written in 45 days. The Berkut (1987) required 3-4 years of research and a full year of writing. Most novels require about six months of writing time, but by the time I put pen to paper the book is usually quite complete in my head. I am lucky to be a fast writer, perhaps a product of my journalism training in
ancient times. For example, this past summer I wrote 40 short stories, which are collected under the working title of Uncharted Ground.  I hope
to see them in print in the spring of 2016.

My fave poet is Mike Delp. His imagery and edge makes me chuckle and think. Bards Jim Armstrong and Ken McConnell are faves too. Ken and I were baseball teammates in the fog-shrouded summers of long, long ago. My fave nonfiction writer hands-down is Jerry Dennis. Great images, interesting backgrounds, his heart and intelligence show through all of his work.  I try to read everything Jerry brings to us. As for fiction, I have two faves, Bonnie Jo Campbell and Ellen Airgood. I also really like the ouvre of Henry Kisor (fiction and nonfiction).  And though he’s written only one novel so far, I think Bob Linsenman is going to bring us some fine work as we stumble into our dotage. I’m proud to call all of these fine writers pals and colleagues. It has always struck me how in some parts of the country there is tremendous petty competition among writers, and by that I mean jealousy and other negative feelings. I never sense that among Great Lakes authors. Among us the prevailing attitude seems to be, the more the merrier. People can never have enough good writers to stroke their emotions and imaginations. I probably see the world through tinted glasses, but so be it. Let me add here I’ve also read everything by Jim Harrison and the late John Voelker (aka Robert Traver) and respect the work of both men– for different reasons. How can anyone pick one favorite anything? Not fair, not fair.