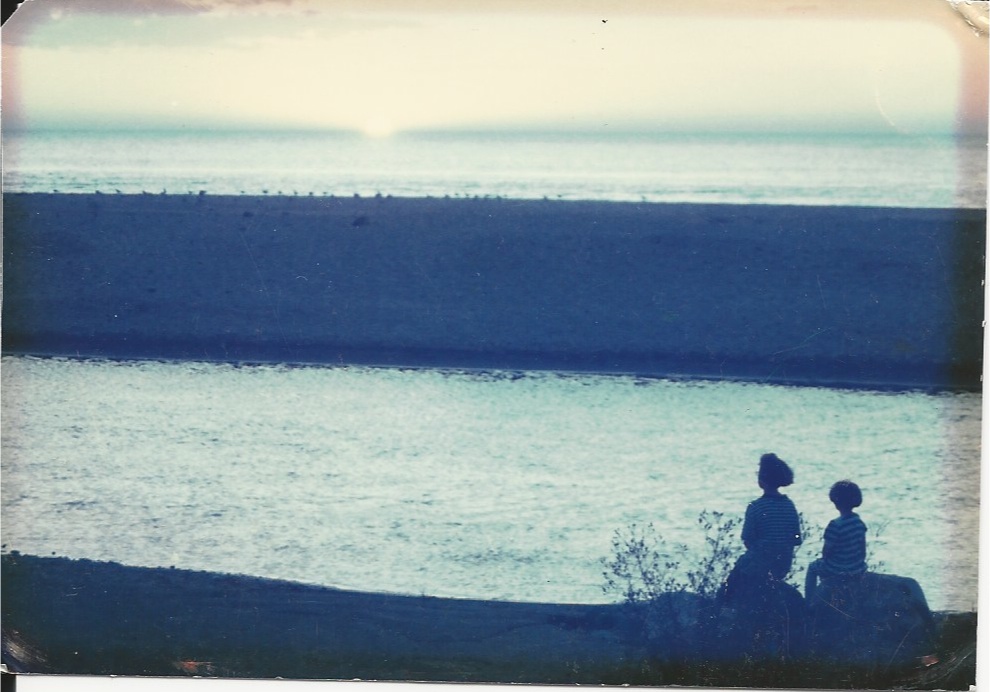 How do you explain a place that lives so much in our imagination and memories?

Anyone can tell you about the sharpness of the water in the aptly-named Crystal Lake in Beulah, Michigan. They can tell you of the pungent taste of those late summer cherries, delicious even though you never thought you liked cherries, of the long canoe trips along the Platte River that ended at Lake Michigan, where you stayed in the water until you turned blue.

What makes it special to us, as sisters, is harder to define. For roughly 10 years we went every summer to a cottage that had a bunk bed with orange comforters, a television with two stations and a temperamental toilet. No one cared, especially because the owners had a Vizsla named Peaches whom Elizabeth adored. There’s a picture of the two of them, the dog being held by Elizabeth, who is wearing the uniform of a 15-year-old: blue jeans, a denim shirt and a denim hat with a flower pin. The cottage we rented sat on a slight hill above the lake. Most mornings the two of us raced to the water, where we spent all day interspersing swimming, playing in the sand, exploring and reading.

Given our five- year age difference, Beulah means a time when we not only had stuff in common, but actually enjoyed being with each other, and with our parents. We were the Four Leis (for lease, get it?). We later learned our father would sneak out each morning to find a pay phone to call into the office, but overall it was a time when there was nothing to do but to be present, whether it was diving into the water or talking to your family. In the evenings there was mini-golf, and millions of pictures taken of the sunset, and ice cream, and lots of meals at The Cherry Hut. One year our father bought a small inflatable boat that was called Albie, short for Albatross, short for our mother saying, “That thing is a fucking albatross.” We gleefully used it around the lake, and we’re still sad he eventually sold it. One year we insisted on bringing back an entire suitcase of rocks from Lake Michigan, some of which are still floating around our homes in Chicago and Boston, and likely in the crevices of our long-sold childhood home in Virginia.

It was a natural extension to not want to leave Crystal Lake or Beulah, ever, and so we extended the escape by going to Crystalaire Camp, even though we went in different years. For Elizabeth, the first year she went, in 1992, was the first time she met other people whose parents were Democrats and voting for Clinton. She met other weird girls who liked to write and wear tie-dye shirts instead of doing sports, and who also loved big floppy hats, flannel and jeans. It was the first time anyone had ever mentioned the Indigo Girls or Joni Mitchell, and even today if she hears “The Circle Game” or “Ob-la-di, Ob-la-dah” she’ll flash back to Fuzz, the guitar player leading the campers in songs around a campfire. She thought he had invented that latter song, and had taught everyone in previous years to sing it, and that it was a nice tune.

It’s rare we are back in Virginia, as our parents moved a decade ago to Illinois, but it’s fair to say every trip there brings back the exact same feelings of exasperation and not-belonging that existed when we grew up. It’s harder to go back to Beulah; the expectations are higher. Virginia is the ex-husband who is always going to be on the periphery of your life, like it or not, and Beulah is the One That Got Away.

The first year Elizabeth started dating her future husband, she brought him along on a family trip to Crystal Lake. Julia arrived a few days in, almost directly from studying abroad in India. It was a fine trip, but impossible to convey to an outsider what it all meant, or to acknowledge that while Beulah hadn’t changed, we had. The cottage where we had stayed as children was long gone, and the camp had been sold. 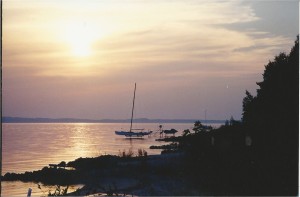 When Elizabeth excitedly takes Justin back to where the original Crystalaire Camp sat, the words don’t appear to tell how, 20 years earlier, the feeling of hiding on a hill almost vertically during a massive all-camp color war, or to spend hours riding a horse along the back trails, or to get up at 8 a.m. to run out and yell “Polar Bear” as you jump into the lake. It’s hard to admit there was a summer where Elizabeth made no friends and still thought Crystal Lake and the camp was magical. It’s hard to explain those cracks in the foundation and how much nostalgia may cloud what actually happened. But that’s only the adult journalist (Elizabeth) or international aid worker (Julia) pushing objectivity on the girls who wrote poetry or played soccer or swam in the lake and dreamed. Who is to say that we didn’t become corporate drones because Crystalaire and the town of Beulah made us want to push for a better world? In our minds, the good of the town will always outweigh the bad. It’s the point of reference for every book involving a camp, or any time someone mentions a lake. In our minds, we see Crystalaire, in Beulah, Michigan, a place where everyone knows the same songs, the air is sharp and clear, and counselors tell you that great things are in store for you. And it is magical.

Elizabeth Leis-Newman is a writer and editor. She lives in Chicago.

Julia Leis works in international relief and development. She lives in Manila, Philippines.