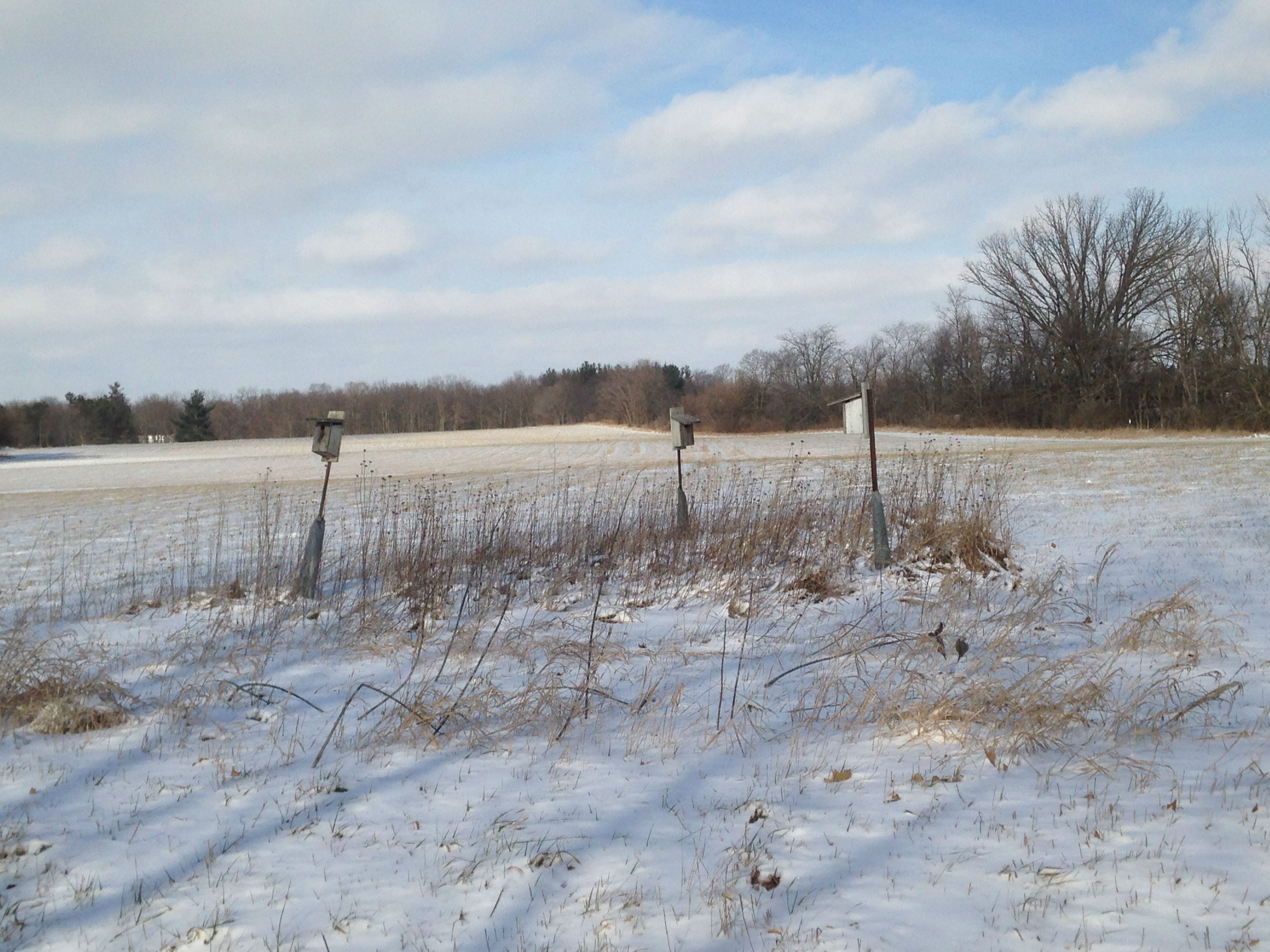 The snow in the fields is crisscrossed by finger-wide tracks, and otherwise pristine.  One might imagine sticks dragged by wandering wraiths, absent-minded visitors from the other side, but with no other marks at all, at first I can’t guess what really made these traces.

Eventually it dawns on me that the tracks are made from beneath the surface and not above: mice moving under the snow.  It’s another “other side,” a real other realm, and a reminder: not everything we register at the interface of our world originates there.

The mouse-trails wind and cross and begin and disappear, and show up in any depth of snow, but they never break the surface that I can see.  I imagine furry mouse-submariners pawing and digging, navigating by scent and temperature and pressure and dead reckoning, never breaching periscope depth.  I wonder if lazier mice re-use others’ tunnels or, lacking that kind of foresight, they just go, honeycombing the snow, and with each new errand, extending.  We see only the most peripheral capillaries of a vast temporary circulatory network.  Mouse-bodies moving like blood, pushed by the beat of a heart bigger than them, bigger than any of us.

My own blood pushes up beneath my exposed skin, a constant heat-exchange, a one-sided streaming toward entropy.  It’s five degrees below zero, and I’m not dressed for contemplation.  My eyelashes bead and freeze from my breath.

From here, I could run out on the ice of the lake, above slumbering fish in the grave-cold muck, their own suspended dimension.  The ice could be a bridge to tiny islands I only see from shore in summer.  It also might break beneath me—there’s no knowing its thickness.

Suddenly, right at my feet, here is a new trail being made: a raised line, a mouse meandering, a drawing tracing itself.  I watch the snow lift as the mouse burrows along.  The arched roof of the tunnel lasts for a while, and I imagine the light shining through, blue-white, the snow holding its dome in the wake of the warm mouse bullet body that made it.

Some trails must end in a scuffle: there are foxes, owls.  Prowling cats.  I could excavate the one in front of me, crash its ceiling, let in annihilating light with my shoe.  Untouched, it will end in silent powdery collapse—and then vanish with wind, or melt, or new snow.

I’m in a moving mandala, traces on a membrane that draws and erases itself.  Already, I’ve stood still too long, the cold grasping for me across all these liminal boundary layers.

Dave Essinger’s recent work has appeared in Mud Season Review, Sport Literate, Quarter After Eight, and elsewhere, and was listed as a Notable in The Best American Sports Writing 2014. He received his MFA from the School of the Art Institute of Chicago, and now teaches creative writing and edits the literary magazine Slippery Elm at the University of Findlay. He’s shopping a novel about ultrarunning, which was shortlisted for the Caledonia Novel Award.