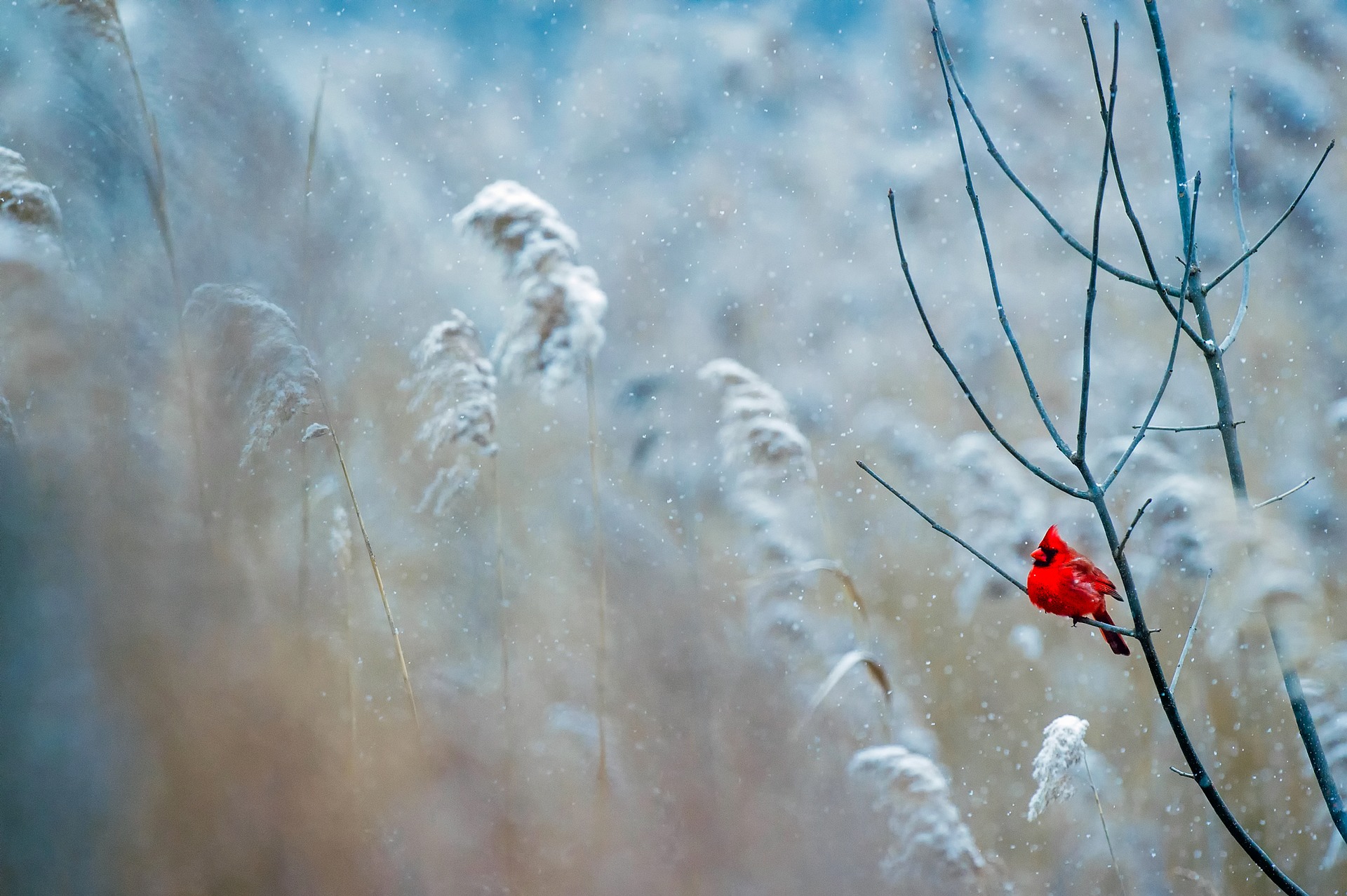 Poetry
This afternoon we hung a bird feeder
in our back yard to be more neighborly
with feathered friends, especially the cardinal
we’ve glimpsed.  This evening, in the after dinner calm,
I googled “cardinal call” to learn what song
these brilliant birds could play.  Before the first
recorded clip was through, we heard its echo
from a distant corner of our neighborhood,
and as we played another variation,
the original answered from some closer perch.
At the third or fourth iteration, we saw
the curious red speck in the neighbor’s tree,
still calling, searching for this oddly insistent
intruder.  He finally flew to our back yard
and perched on the tree by our screened-in porch, then cocked
his head and peered toward the sound he’d surely heard.
He flew from branch to branch, then bush to bush,
foiled by this noisy but absent bird.  And when
he flew into a higher tree, one song
from my computer brought him back to the edge
of our porch to peer again, seeking out
the source of this mysterious voice.  Feeling cruel
to frustrate him, we stopped replaying the computer’s
call, and he flew to a high branch to sing
his repertoire again and again: to challenge
this hidden foe? to search for a companion?
merely to do what he did every night?
In all his baffled frantic flying he
did not once notice our proffered seed.

Jeffrey Bilbro grew up in the Pacific Northwest and recently moved to southern Michigan, where he's an Assistant Professor of English at Spring Arbor University. His poetry has appeared in several journals, including The Clarion Review, The Anglican Theological Review, Radix, Windhover, and Christianity and Literature.