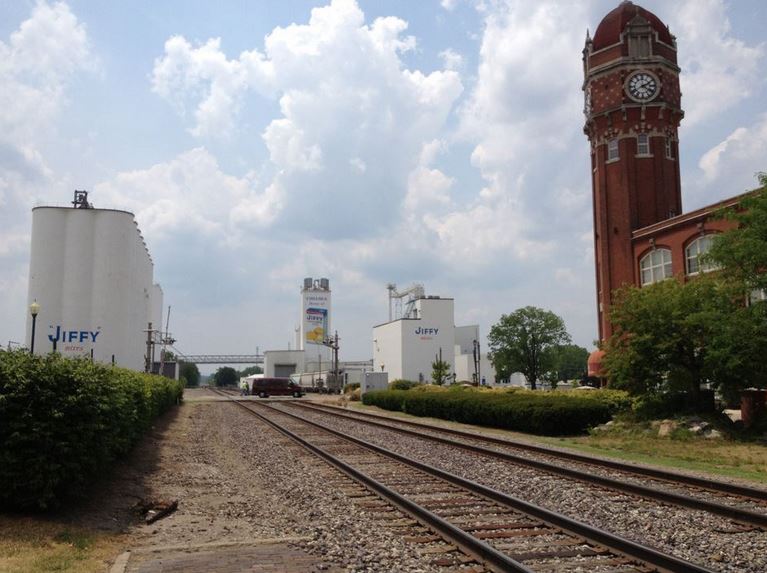 It’s my opinion that Chelsea, Michigan is the best place to see the stars. I wager them’s fightin’ words for some people, including my dad, who brought me up in Chelsea but now lives in Kodiak, Alaska; a stone’s throw from the Aurora Borealis exploding pink and green and gold across the sky. I live in Chicago. You can’t even see the stars in Chicago. It’s never dark enough. Too many street lamps, too much traffic, too many people awake all hours with the lights on, too much electricity and movement and noise. A couple of lifetimes ago, when I transferred my junior year and moved to Chicago, I walked out of a 2 a.m. bar into the wild late-night city, looked up at the empty sky, and asked my friend, “Do the stars only come out when it’s quiet?” It was exactly the sort of thing I’d have said at nineteen, hiding all that fear under something pretentious. Or maybe I was just drunk. Or maybe I really did want to know about the stars. I don’t remember. I was so young then. I had new friends, a new apartment in Ukrainian Village, new clothes, new music, new fake ID—an entirely brand new identity. I had many identities, over the years. I put them on and took them off like sweaters.

High school had been… let’s say complicated. I imagine that’s the case for most people. Where do you put all that frustration and hope and adrenaline? The hormones and the music and the discovery and the doubt? Growing up, there was a small lake behind my house and sometimes, in the middle of the night, I’d spread blankets on the floor to muffle my footsteps and sneak outside to the dock. Keeping your balance in a canoe can be tricky in the dark, but I’d push off across the water, floating around, and feeling like I was inside the Hubble Telescope. I’ve since seen this scene in dozens of movies; the hero looks up, millions of stars blanketing him from above, and has some sort of epic epiphany about how tiny we are in the grand scheme of things. Or how connected we are in the grand scheme of things. Or maybe how trusting. In high school, I fiercely believed in grand schemes, and those stars seemed like proof, an enormous bibliography for my desperate teenage questions.

Still, something was missing out there. It was too… quiet.

Let’s be honest: I wasn’t only sneaking out to row around alone and Have Feelings. I was also making out in cornfields with boys, boys I totally shouldn’t have been making out with but damn it was fun at the time. If you’re unfamiliar with Southeast Michigan, there are many, many cornfields, and on any given night you’ll be able to find a couple of teenagers rolling awkwardly around on top of those scratchy wool blankets from the trunk of their mom’s car. I don’t remember all of their names, but I remember laying on my back and watching the stars.

Still: it was too quiet. Too much shhhh somebody’ll hear us, shhhhh keep your voice down, shhhhh what’s that noise you’re making? Is that a good noise? Or a bad noise? SHHHHH.

So here’s what I’d do: head west out of downtown Chelsea, towards the really big lake where Jeff Daniels lives, and there’s a curve of train tracks that cuts across the road and runs parallel with it for a half mile or so. And then, right before the road and track split again, pulling away from each other like a slingshot, there’s a little shed. To this day, I don’t know what it’s for, though I imagine some kind of maintenance supplies. Anyhow, that’s where I’d go—that shed—at first leaning my bicycle against it and then, later, after I turned sixteen, parking my awful rundown orange Toyota, the one I’d gas up with meticulously collected pop cans cashed in at Polly’s for ten cents per. I’d sit on the little steps leading up to that shed. It would take the longest time for my eyes to adjust to the darkness, allowing me to make out the outline of my own hand in front of my face. In the rare moments that cars would pass, I’d go temporarily blind from the brights turned on high against the deer regularly crisscrossing the road, but then they’d be gone and again—darkness. Darkness and stars, lighting up the sky like some fucking miracle. I’d wait there, sometimes a few minutes, sometimes an hour, but eventually I’d hear the train, first a dull roar from miles off but getting louder, louder. I could feel its tremor, climbing up through the tracks and into my shoes. I could see its headlight illuminating everything like a stage spotlight, coming closer, faster, louder, the engine about to eat me alive and finally—finally—I screamed. That’s what I’d wanted to do all along. To scream my head off. To throw my voice at it, all of it, the frustration and the hormones, the confusion and the doubt, everything raw and awful and wonderful about being so totally out of control, so totally bottled up, so totally young.

Over the past… god, nearly two decades, I’ve gone back to Chelsea many times. A friend gave me the great gift of letting me stay at his farm while I finished my book, a mercifully quiet room of one’s own. I’ve done shows in Ann Arbor with a traveling theatre company, selling out Zingerman’s with wine and stories. But most of all, I’m there visiting my mom. She still lives in the area, and we’re close. Back when I was in grad school, I’d take the Amtrak home from Chicago, showing up with luggage full of dirty clothes because, for some reason, it seemed easier to haul it to Michigan than down the street to the laundromat. Later, I’d drive in between semesters at the college where I taught, reading student work in her basement, reading student work at the Fleetwood, reading student work at Kosmo over Bi Bim Bop. More recently, she plays with her now six-year-old grandson while I try to make deadlines, the two of them hitting the bike trails around Dexter, and I’m grateful for this time for him out of the city, to capture turtles and toads in the river the way I did when I was kid. I’m grateful that he gets to slow down. I get to slow down, too.

There was one night, a few months after he was born, that I called my mom from Chicago crying. I was so tired, so scared, so in the fog of it, and after a brief conversation, I packed him up in the car seat and we drove the four hours overnight to Chelsea. Sometimes, you have to find the place where you can rest. You need your mom to take care of you. You need to let yourself crack. How long did I sleep? Minutes? Days? When I finally woke up, it was the middle of another night and everyone else was asleep. I remember getting into the car, turning on the brights, and driving west from downtown to where the train tracks cut across the road. I followed them ‘til they turned into a slingshot, parked my car, and walked down to the shed, amazed and relieved that it was still there. I sat on the little steps and looked up at the stars—when was the last time I saw them? When was the last time I even looked? My entire life, I’d lived in cities: Boston, Florence, Chicago, Prague. You can’t see the stars from the city, at least not like a blanket above you, or the inside of a telescope, or the answer to an impossible question. My time in Chelsea is the only time I’ve had them at the ready, just a tiptoe down the stairs and out the back door, careful that it won’t slam behind you and wake up your parents. I thought of those midnight bike rides down Cavanaugh Lake Road, fourteen, fifteen, sixteen years old and all I wanted to do was scream. Now I was thirty-three, sitting in the darkness, trying to see my own hand in front of my face. Thirty-three and waiting for the train. Waiting to throw my voice at it, all of it, the frustration and the hormones, the confusion and the doubt, everything raw and awful and wonderful about being so totally out of control, so totally joyful, so totally free.

Megan Stielstra is the author of Everyone Remain Calm, a Chicago Tribune Favorite of 2011, and Once I Was Cool, a book of essays forthcoming in May 2014. Her fiction and creative nonfiction have been included in The Best American Essays, The Rumpus, PANK, Other Voices, and elsewhere, and she’s the Literary Director of Chicago’s 2nd Story storytelling series.