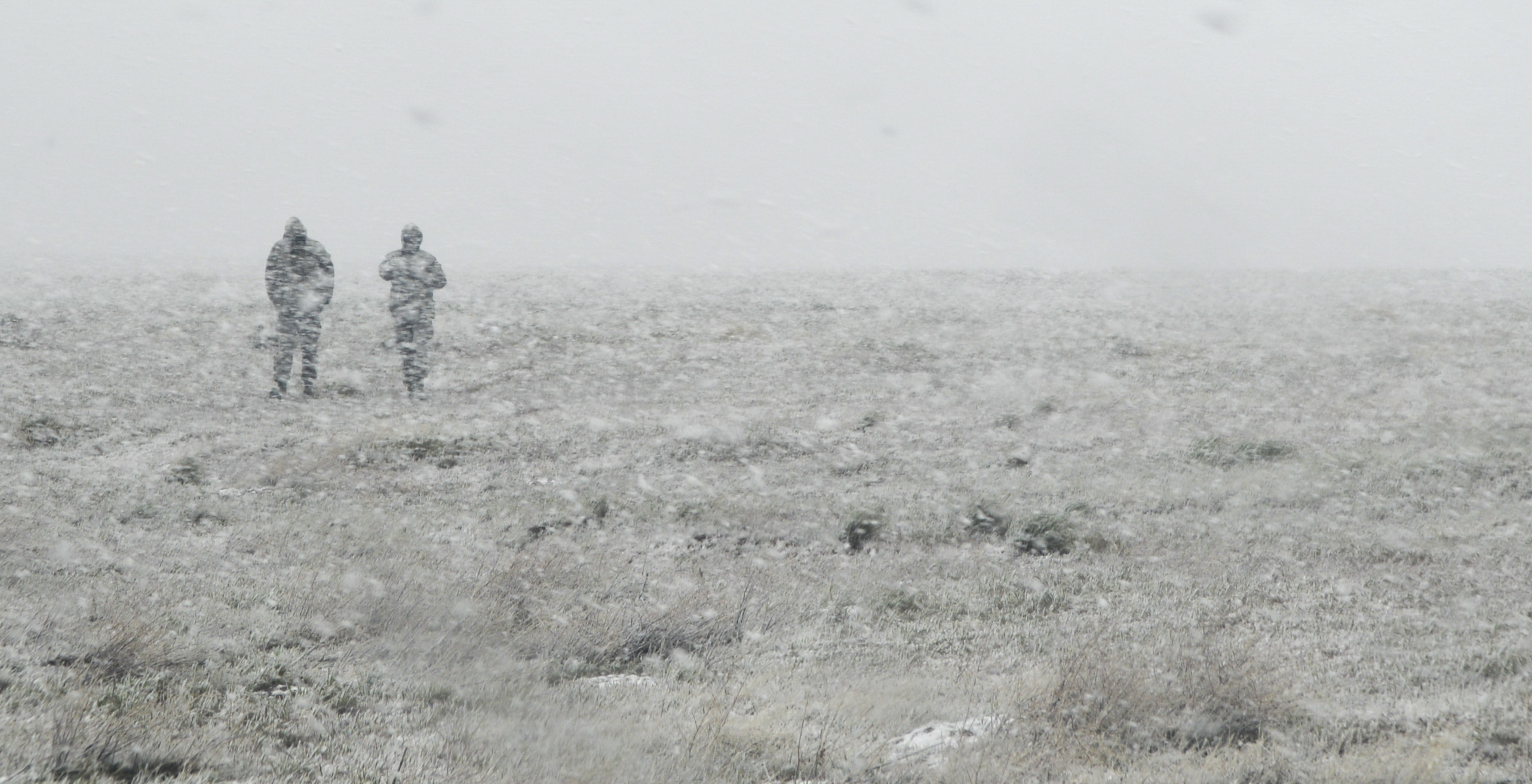 Some mornings we never expect the devil
out for our chimneys: days in January
sun warms the Midwest,
dissolving winter. Everyone out
of their soddies and shops. Nosing the sky
as we all do in a thaw. We come
from a long line of leaving
lamps and fireplaces burning.
We grow to taste the cedar.
That burn,
a blur, drives us –

nothing
pressing
your time
but temperature?

Dropped
within a few minutes

A disaster people named
after their own children: Arnie,
Evelyn,
Harold,

Can you imagine the air  thin in their throats?
Their bodies loosened
to a gallop on the winding
roads, the come ons,
the can’t catch mes.

Ash Goedker hails from Northern Minnesota and the Upper Peninsula of Michigan. She received her MFA in poetry at the University of Idaho where she was also the Editor-in-Chief at Fugue. She currently teaches at Nicholls State University. She was the winner of the University of Idaho’s Academy of American Poets Prize, and was a finalist in the 2016 Indiana Review ½ K Prize. Her poems have been published in Indiana Review, Midwest Review, Third Point Press, velvet-tail, and others.