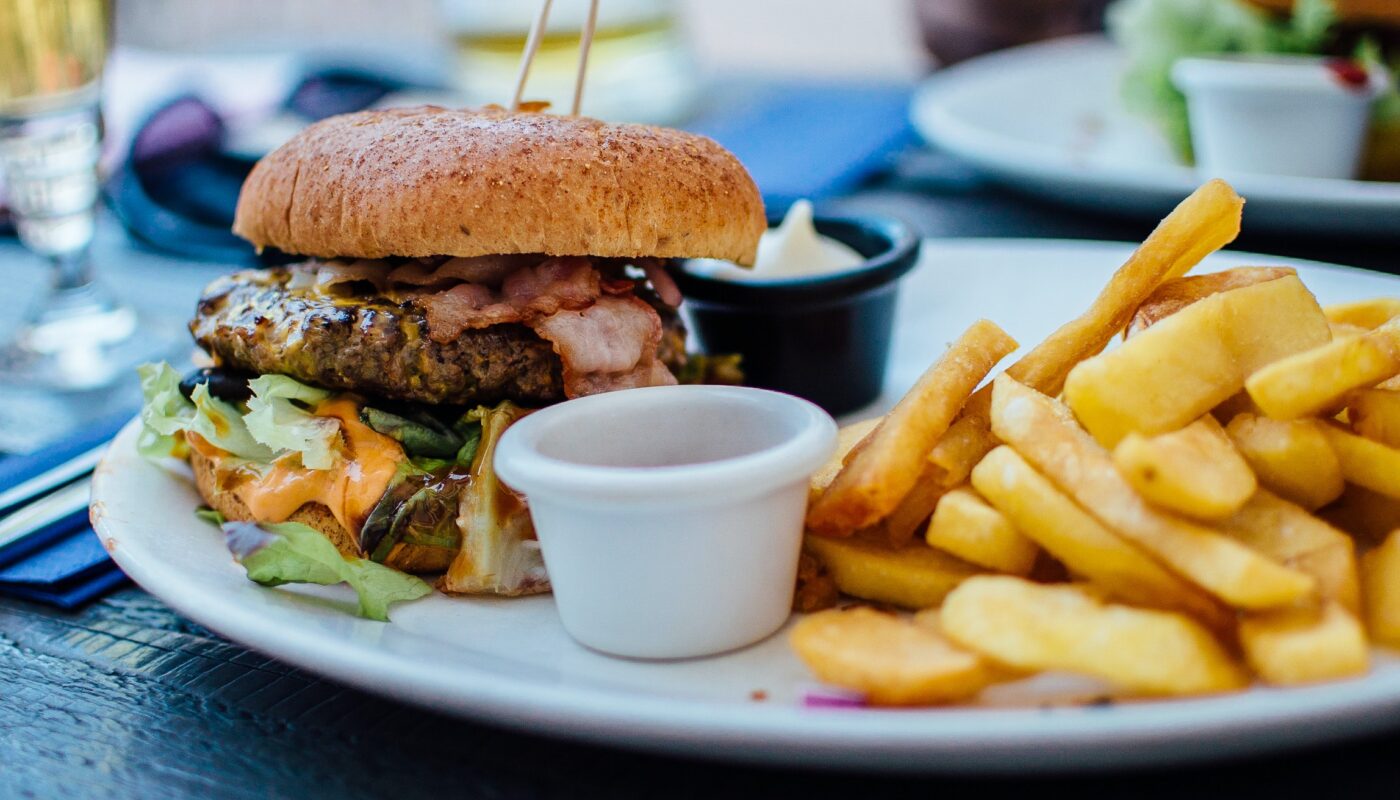 Welcome to the Pool Grille (can’t forget the e). There we are: the gazebo between the hot tub and the kiddie pool. Pay no attention to the woman sunbathing with a ceramic pot of buttery yellow orchids. Pay no attention to the sixth-grade boys squabbling at the ping-pong table, wielding iPads instead of paddles. No time for observation when there are fifteen-dollar burgers to be flipped; pizzas to be smeared with one-third pesto, one-third marinara, one-third olive oil; and a blond five-year-old named Colton telling you, “You need to hurry up. We’re about to leave.”

Today is the 2016 U.S. Men’s Senior Open. Golf, if you hadn’t yet heard. Only the day we’ve been rehearsing for all summer. The lowly employee parking lot, tucked out of sight at the bottom of the hill, has been colonized by air-conditioned makeup trailers, Porta-Potties on stilts, and white tents crammed with commemorative shot glasses and magnets and golf balls for sale. You’ll have to take the east entrance. Cross your fingers some kind caddie will let you hitch a ride on his golf cart. Go on, nab a donut with sprinkles from the kitchen. As the events manager teeters by in her red bottoms, she’ll click her tongue and say, “That’ll make you fat.” Great! Let it. Today, you need every calorie you can get. You’ll be standing for fourteen hours straight.

When the lunch rush hits, it hits like a Subaru plowed into a brick wall. The lunch rush requires none of your wit, your imagination, your carefully cultivated liberal arts self. Everything that makes you human: turn it off. You’re a machine. You scribble, you shout, you pin order after order after order over the grill. You’re going through the motions. Sweat plinks from the tip of your nose to the counter.

“Seafood tacos, please,” says a man in a Ralph Lauren polo with a blown-up logo. “I won the match.”

“Congratulations,” you say. “Can I get your member number?”

A cloud of confusion passes over his face. “But I won.”

Never mind him. He’ll be a twinkle in the rearview mirror by the time another man stomps up to the Grille, hurt and indignation billowing off him like a heat wave. “I’ve been standing here for twenty minutes and my order’s not even up yet,” he says. “Give me my ticket. Give me my ticket. I’m gonna rip it to pieces.”

He snatches the ticket from your hand, shreds it, and tramps away through a blizzard of cream cardstock. You have never felt such indifference, indifference so deep and eternal you finally understand why your coworkers slap the hot grill for fun. (Excuse me – grille.)

When the cloud of cardstock clears, you’ll see him again: five-year-old Colton, who in fact did not leave, swimming in a U.S. Men’s Senior Open commemorative polo. His eyes absorb the indignant man, the fluttering cardstock, the manager of the entire club charging around the pool to rub the indignant man’s shoulders and apologize over and over, hand on his heart.

“For free,” the manager says. Flings his arms wide. “Let’s get the man a burger for free. The next burger. It’s what he deserves.”

The next burger is well-done instead of medium rare, but you carry it to the man anyway, on a heavy ceramic plate with silverware swaddled in a cloth napkin. Faces light up with smiles, save Colton’s. He watches the man dig into his burger, slice it with a fork and knife, and you watch this sequence of events sink to the bottom of him and stay there.

Photo by Robin Stickel on Unsplash

Hannah Benson hails from Columbus, Ohio and studied English and German at Boston University. Her work appears in Wingless Dreamer, Pacific Review, Literary Bennington, and elsewhere. She is a National Scholastic Medalist. She has never eaten a dragon fruit.