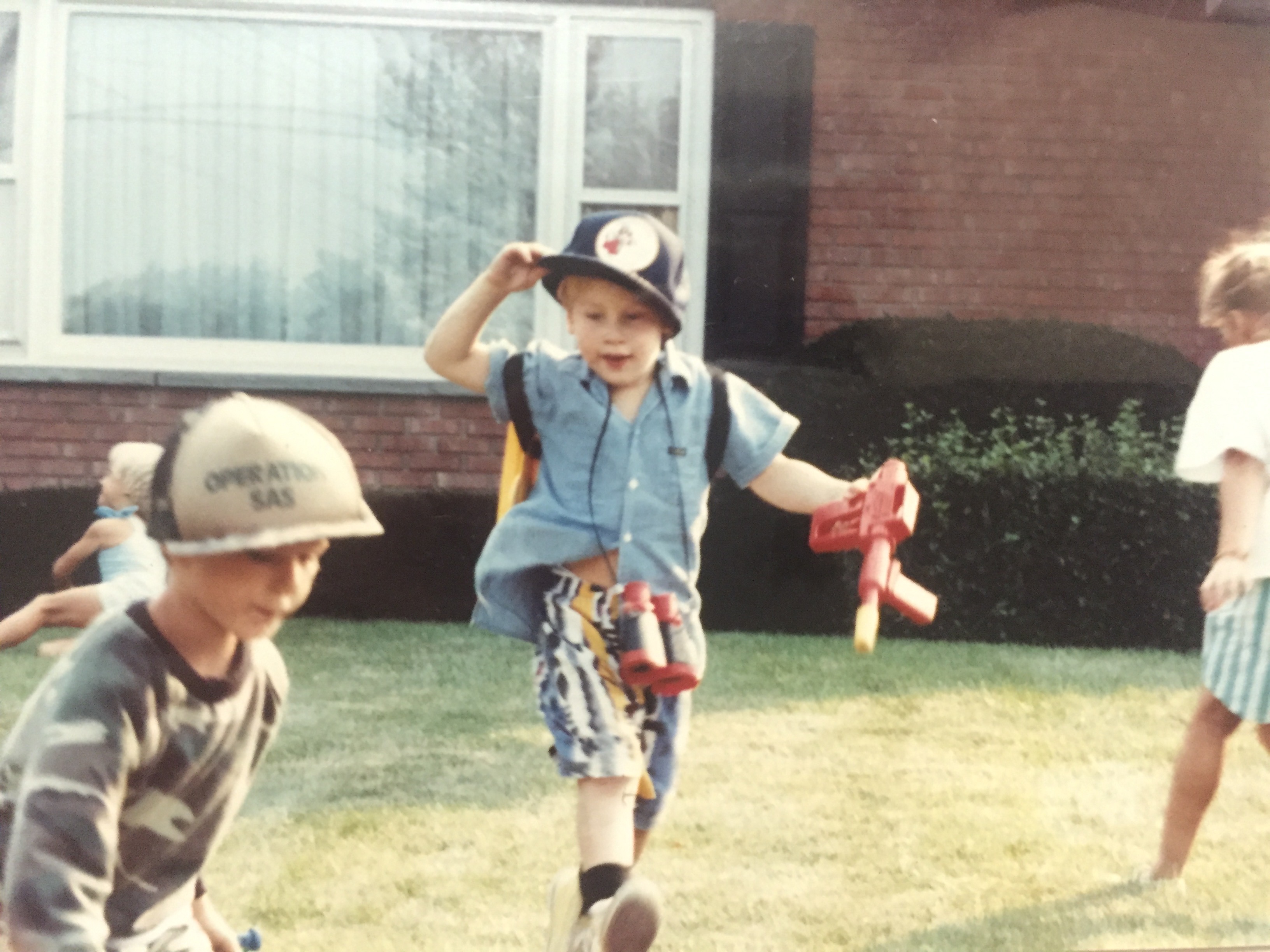 My doorbell sang till it was as out of breath as you.
Between huffs you said, you gotta see this,
it’s not too far. Far
meant something different then, a journey beyond
the concrete teeth of our neighborhood. Far
only required an imagination, a small pack,
and still being home for dinner.

You pointed to South Mountain—
the evergreens beyond our parents scream.
I knew well the lower ring of trails, trails
where the road was still visible, trails
who hinted but never dared. This time
at the fork we went up, right
at the white birch that V’d, left
at a mangled blue tent. You always led the way,
bragging about your new slingshot;
in foreign lands shooting acorns out of trees,
until I said, squirrel.

I stand in the road, somewhere
in the middle of thirty-two, looking up
to South Mountain, and I bet
it’s all overgrown—blended too many times,
no visitors to rewrite its way.
I spot a frantic squirrel, maybe red, rushing
from tree to tree, preparing for acorn-less months
this chill air promises will come.
I think of that red squirrel, its ombre’d tail
glowing crimson as it bled out in your hand.
Remember how fast it slipped? How that night
you sold Mickey your slingshot?
You saw my guilt, or maybe I envied your instinct.
I knew you could’ve been born in the trees—
cheeks always camo-ed in soil, callused
hands barking to climb, needing to know
you could survive here, sad
when you learned you could.
You buried that red squirrel in silence, sighed,
it’s just a little further.

We arrived at the orchard, your hands
still sticky with blood, insisting,
you first, I’ve had plenty.
I bit the first apple I saw. My face
went tart. I spit its bitter skin till you cried
laughing, stuttering crab between tears. My face
warmed with joy feigning anger. A jester
pretending to get madder, upon seeing you
roll in the fallen apples with laughter—learning
instincts of my own.

Michael Weber is a poet from Binghamton, New York. He has an MA from SUNY Binghamton and an MFA from the University of Tampa. Prior to his graduate studies, he savored a brief career as a professional hockey player in Turkey and New Zealand. His work has appeared in the Triple Cities Carousel.