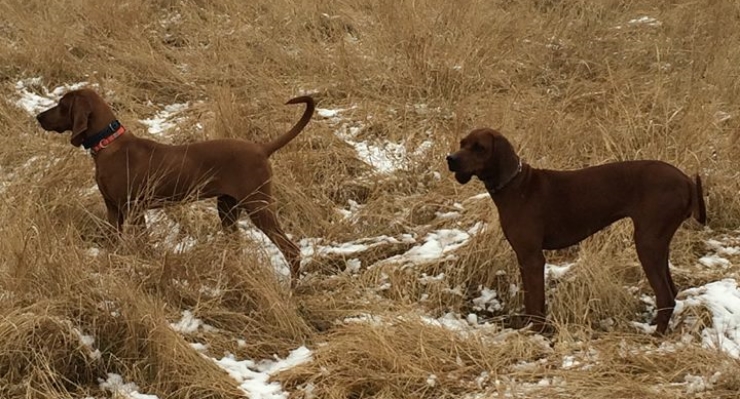 Ran into the woods, dream after dream,
easily lost in the sorrow-well of human dross.
Damned if I didn’t find me a hound,
backwoods-bred, Scottish red, calling my name,
ordinary-like, as if it was natural for a dog to speak—
not with the mouth but through the eye.
Eerie. But kindly so. Ginseng-brain—‘sang. Foxfire-wide.

Could not have been more right. Could
only be fear fencing other fears. Conjugating—confiscating—my heart.
Only be split rails or river rock, stone-walling off the world.
Not that it mattered in the dream. Franz Kafka.
How could he be there? Dark. Brooding. Scribbling onto a coon-hide.
Ordinary-like. And so much of me I wanted to turn
under the earth, as a way to reinvent flower-shape and size.
Not this, not that, the yogi from India—suddenly seated in the sycamores—spoke into the
leaves.
Didn’t matter. Knew it was best to follow the hound, deeper, more deeply, where I lay,
lying, lied.

George Kalamaras, former Poet Laureate of Indiana (2014-2016), is the author of fifteen books of poetry, eight of which are full-length, including Kingdom of Throat-Stuck Luck, winner of the Elixir Press Poetry Prize (2011), and The Theory and Function of Mangoes, winner of the Four Way Books Intro Series (2000). He is Professor of English at Indiana University-Purdue University Fort Wayne, where he has taught since 1990.