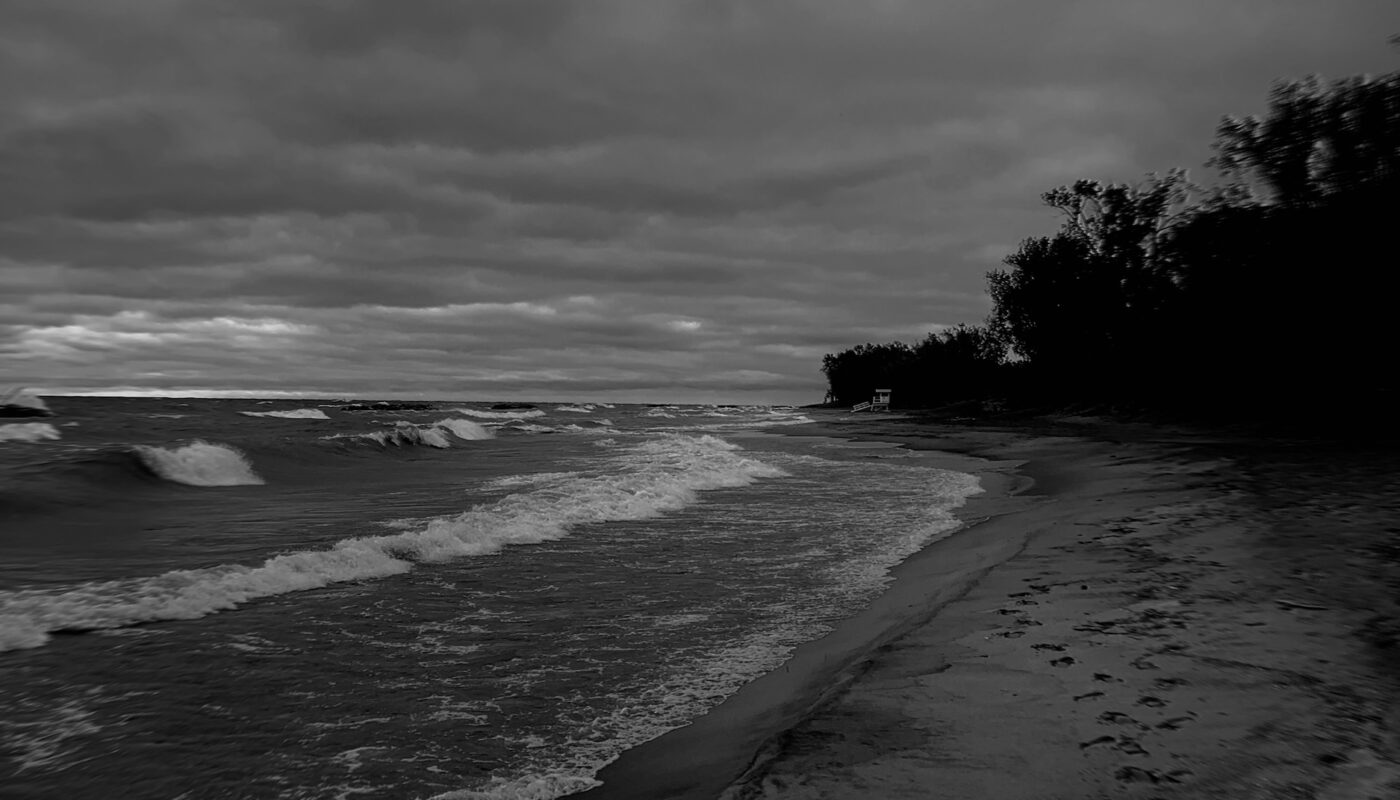 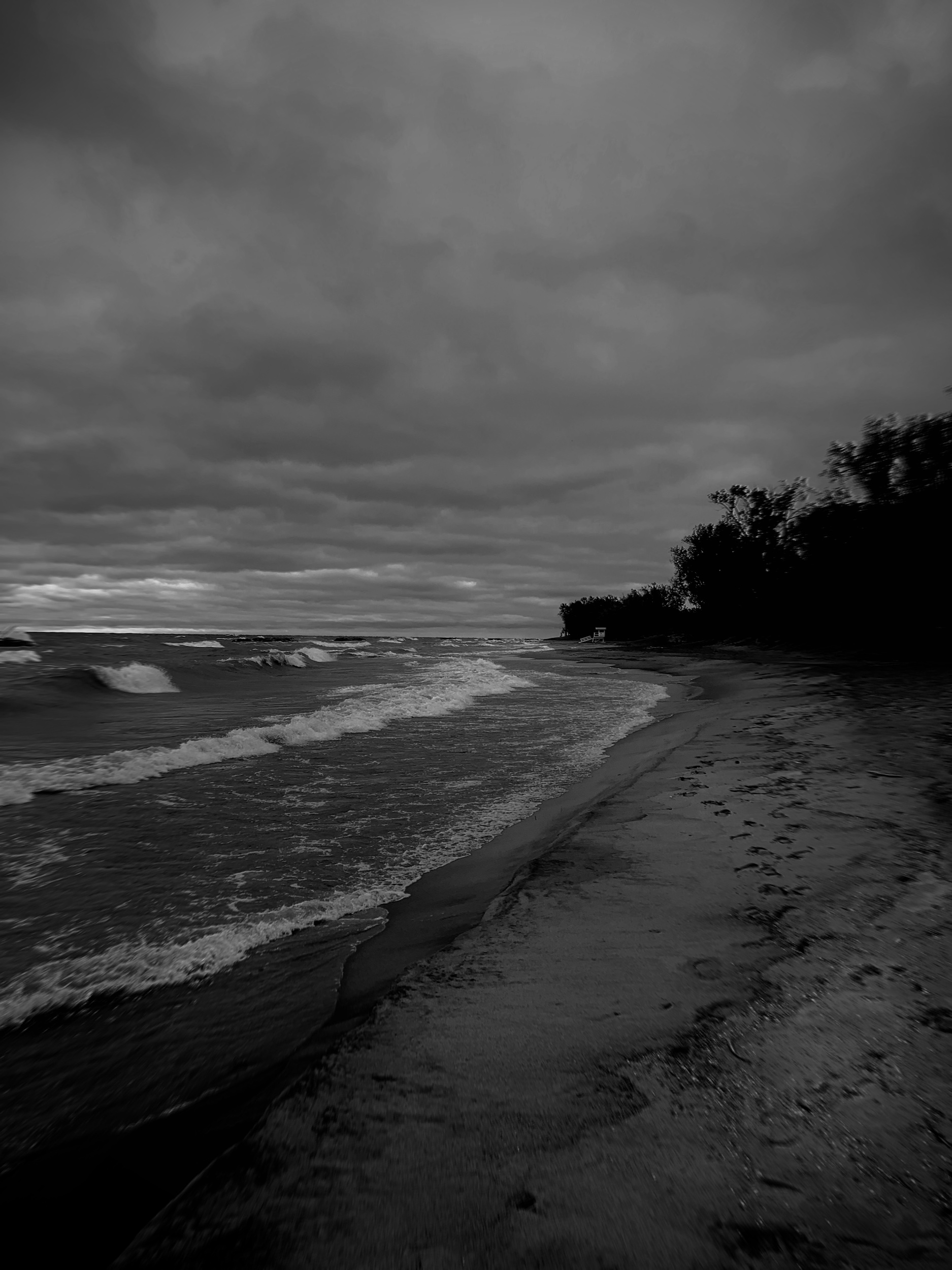 As I was driving to New York City in late October, 2021, I took an exit for Lake Erie outside Erie, Pennsylvania. I drove along the backroads until I came upon Presque Isle State Park, at the time unknown to me. The wind was very strong, and it was cold. I seemed to be the only soul on the peninsula. Everything I owned was in my hatchback. As I approached a beach on the western shore, I was struck by the salty, damp air and the intensity of the waves and wind. Like a ghost, I walked the beach alone, with no hat, gloves, or shoes. I stepped into the water and was absorbed into thoughts of attachment and submission. The enormity awoke a sense I hadn’t realized. I waded in until my head was engulfed. Only I was standing there, capturing it.

Austin Farber is a writer and photographer from Wichita, Kansas. In the spring of 2021, he sold everything he owned and traveled the country, wandering from coast to coast, capturing America’s beauty in a collected photo journal. Austin’s work has appeared in Constellations, Periphery Journal, and Montana Mouthful. He currently resides in Halls Crossing, Utah.