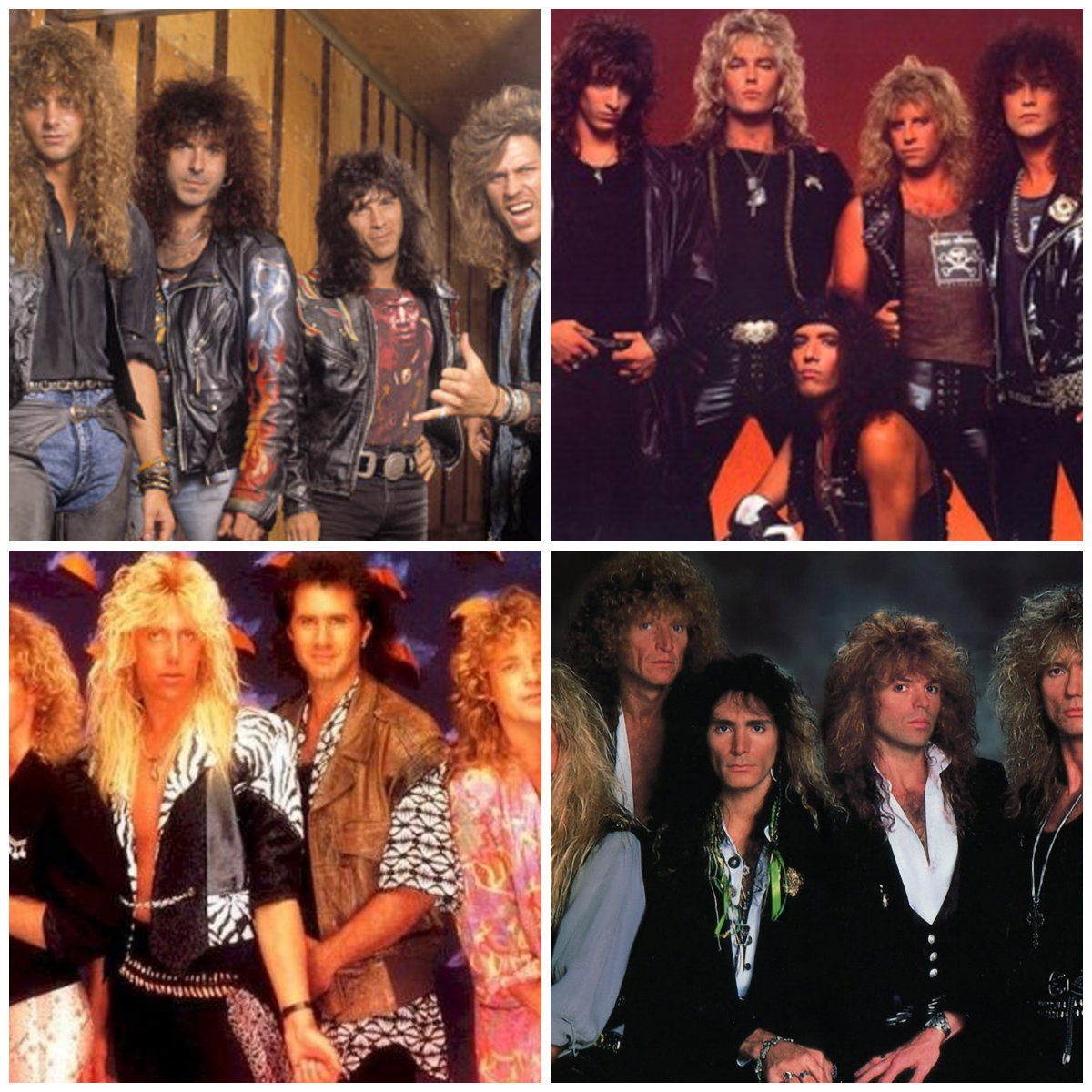 It is all Roge can do not to scream at her, to tell her to fuck off and die, but he will not give her the satisfaction, and besides Tiffany has already heard the two of them fight more than enough over the years.  No point of making the poor girl listen to any more.  She’ll have enough to talk about with a shrink for the rest of her days.

It will all be over soon.  This is at least what he keeps telling himself, especially every morning when he wakes up in the same house with Chloe, his soon-to-be ex-wife, while she allegedly tries to scrape up enough money to go out on her own.  It is messing with his head.  It is harshing his mellow.  It is wrecking his flow.  It is chumping his flava.  For all these reasons, he needs his music.

“I can’t imagine why,” Roge mutters to the guy in the mirror.  “It’s only fucking about you.”  He cranks it up.

“What?” she says, but he can barely hear her above the sound of Mike Ness’ vocals shredding through the bathroom door.

You talk real trash when I’m not around

To build yourself up you gonna tear me down

The song that Chloe hates so much is the very song that is getting him through this fucked up, weird-ass period.  He’s so tired of listening to her empty chatter about getting her own apartment or, god forbid, getting her own trailer.  It’s not like he didn’t go to high school with plenty of kids who lived in trailers, and wasn’t far from it himself, it’s just that it isn’t exactly what he has in mind for his own daughter.  But the fact is, Chloe doesn’t really seem to be doing anything to change this situation.  If she is doing something, she is taking her own sweet motherfucking time doing it.

“It’s my house.  I can play my music,” Roge screams back at her.  Damn it, he thinks.  She got me to yell.  Have to stop doing that.  Tiff does not need to hear this shit.  She’s going to get poison enough about me from Chloe when I’m not around.

From the hallway: “Social Distortion sucks.”

“Bitch, don’t you even,” growls Roge under his breath as he applies some Bed Head to his hair.  “Wrong,” he says to the door in a loud, sing-songy, fake-cheerful voice.  “They’re awe-some!”

“Mike Ness sucks dong,” she yells back at him.

“You should know about that.”

“Poser.  With all his lame tattoos.  What a pussy.”  She punches the door with her fist.

In the bathroom, the wide-headed brush Roge is holding in his hand becomes a bludgeon that he uses on the head of the imaginary Chloe that stands between him and his mirror image.  He gives her one good pop on the noggin, then one more, then he stops because, for fuck’s sake, he’s not an animal.  She’s an idiot, but she’s still the mother of his child, despite her horrible taste in music.  Christ.  That should have been his first clue.  Her god-awful cassette collection.  Nothing but hair metal.  All the worst bands.  Motley Crue.  Poison.  White Snake.  Stryker.  And those were the best of the worst bands.  Don’t get him started on Night Ranger and Nitro, Warrant and Winger.  Ugh.  Some of those bands he hadn’t even heard of, but she’d always put them on the stereo and always said I love these guys! and always had their tapes all over her apartment and her car.  Yet he had never once seen her actually buy a tape.  It took him a long time to realize that they were all probably stolen from hotel rooms or band buses or worse yet, given to her after post-show blowies.

He should have known better.  Before they got married, he had always suspected that she was, shall we say, a different sort of music lover, at least different from him, what with the way she talked about these bands, as if she knew them personally.  Then after they got hitched, she pretty much laid it on the table about the groupie shit.  God, who didn’t she fuck?  It’s just lucky that he didn’t end up with Nikki Six’s crabs or Axel Rose’s clap.  Half of those metal guys were prettier than her.  Amazing, because she was pretty damned hot back in the day.  Anyway he had figured, who the fuck was he to judge?  It’s not like he had had lived some cloistered, skank-free existence before he met her.  Damn, he was a straight up man slut, dipping his wick in anything with a mini-skirt and blue eye shadow.  And high school?  Shit.  Amazing he didn’t knock anyone up before Chloe.

Roge puts down the brush and stops to tousle his hair so it looks like it hasn’t been tousled on purpose.  He glances up at the ceiling of the bathroom.  Damn, his man whore days were fun.  But his former fuckery didn’t stop him from sometimes feeling like a fool for marrying an ex-groupie.  She was just disposable pussy to most of those mascaraed, spiky-haired, dog-collared douche-nozzles.  Why couldn’t she have realized that?  He even asked her that once and she had just said, I was having as much fun as they were.

It wasn’t exactly the answer that he had been hoping for.

Roge turns up the boom box for the part that he knows drives Chloe crazy.

Your narcissistic ways have gotten the best of you

So I’m leaving you to sink in all your glory

Chloe pounds on the bathroom door.  “Fuck you, Roge.  Fuck you for playing that stupid fucking song every fucking morning.  I can’t wait to get away from you too.”

“Yeah, bitch,” Roge says under his breath.  He smiles and nods at the mirror.

Then with a pang of regret, he turns the boom box down a notch or two.  Fuck.  Why did things get so fucked?  Was it after they had gotten married and Tiff was born?  No.  He refused to believe that the birth of his daughter destroyed his marriage.  Hell, she was the reason why they had stayed married as long as they did.  Yet it wasn’t long after Tiff was born, once the baby weight came off and Chloe could fit back into those jeans that she had to lay down to zip herself into (that was interesting, right there) that she started going to shows again.

At first it was, I’m just going over to Harpo’s to catch some of L.A. Guns with Tara.  That was her old concert running buddy, whom Roge had never liked, though maybe she was just a reminder of the Chloe that he didn’t want to be reminded of.  Anyway, he was happy to stay home with the baby and give her a chance to get out of the house for a while.  She was working almost full-time then and taking care of a lot of things around the house, so it was cool.  Chloe would usually come home early just like she had promised, sometimes not even staying for the whole show.  She would sway into the living room, her breath sweet with Jack and Coke, plop into his lap in her boots and black jeans, then she would peel off her black skin-tight lycra t-shirt, her breasts damp and smelling of White Musk, and then they would have the best sex you could ever imagine.  Fucking mind-blowing fucking.  He would tell himself I don’t care where you get your appetite as long as you come home for dinner, but there was always a little something nagging him in the back of his brain.  He ignored it.  After all, you’ve got to trust people, otherwise what’s the fucking point?  If you can’t trust your wife who has always been painfully honest to you (excruciatingly honest, actually) about everything, who can you trust?

Just for the record?  Turns out you can’t trust your wife who’s always been painfully honest with you.  Not when Ratt is in town on a reunion tour.  Or Sepulchura. Or W.A.S.P.

Motherfuck.  How dare she say that Social Distortion sucks?  Social D is a fucking musical nuclear power plant of fucking awesomeness!  Roge turns it up for the end of the song, his favorite part.  The climax and the fading away from that toxic soul of the last line.

Stop wasting all, all my time

Roge looks in the mirror.  He looks all right.  He looks good, in fact.  His hair is just the right amount of tousled.  And when he opens the door, Chloe is standing right there.  She is still beautiful.  At that moment he feels all the anger in his heart collapse under the weight of time and history and children and music.

Chloe looks at him, her eyes dark with pain and kohl.  “It really hurts my feelings when you play that song every morning.”