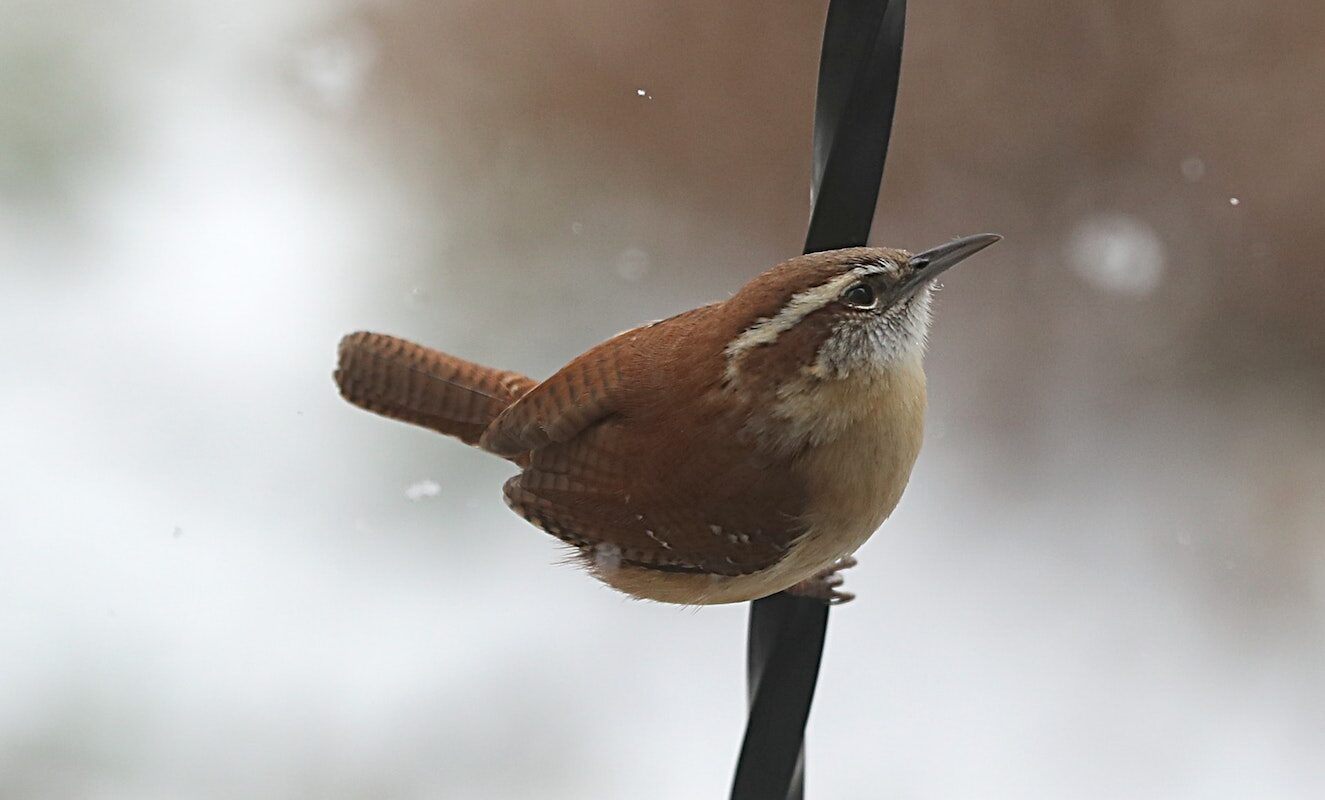 At first sight, wrens appear hungry enough
to strip the bark, or even paint from cars
if only their beaks were so sharpened, could slough
sure rust from some abandoned nail, some scar
unclaimed and left for Tuesday’s collection
They scrape the grass and drink from one cupped leaf,
ignore the bread I toss, decide to run.
They scatter, schooled like bright fish brought north, left
to weather drifting snows, to keep their warmth
hid under brightly colored fins, now air
beneath their wings, now snowflakes piercing forms,
their red, dramatic blood: their rage declared.
They fill their throats with stones, then lift their eyes
to what can still just serve as borrowed sky.

Photo by Chris Chow on Unsplash.

Anne Holub’s poetry has been featured on Chicago Public Radio and in The Doubleback Review, The Mississippi Review, The Asheville Poetry Review, Phoebe, and The Beacon Street Review, among other publications, and in the anthology Bright Bones: Contemporary Montana Writing, (Open Country Press). Her first chapbook, “27 Threats to Everyday Life,” is forthcoming from Finishing Line Press. She received a MFA from the University of Montana and a MA from Hollins University. Originally from Charlottesville, Virginia, she now lives and writes in Montana with her husband Dan, their two dogs Merle and Rosie, and a sourdough starter named Rhonda.