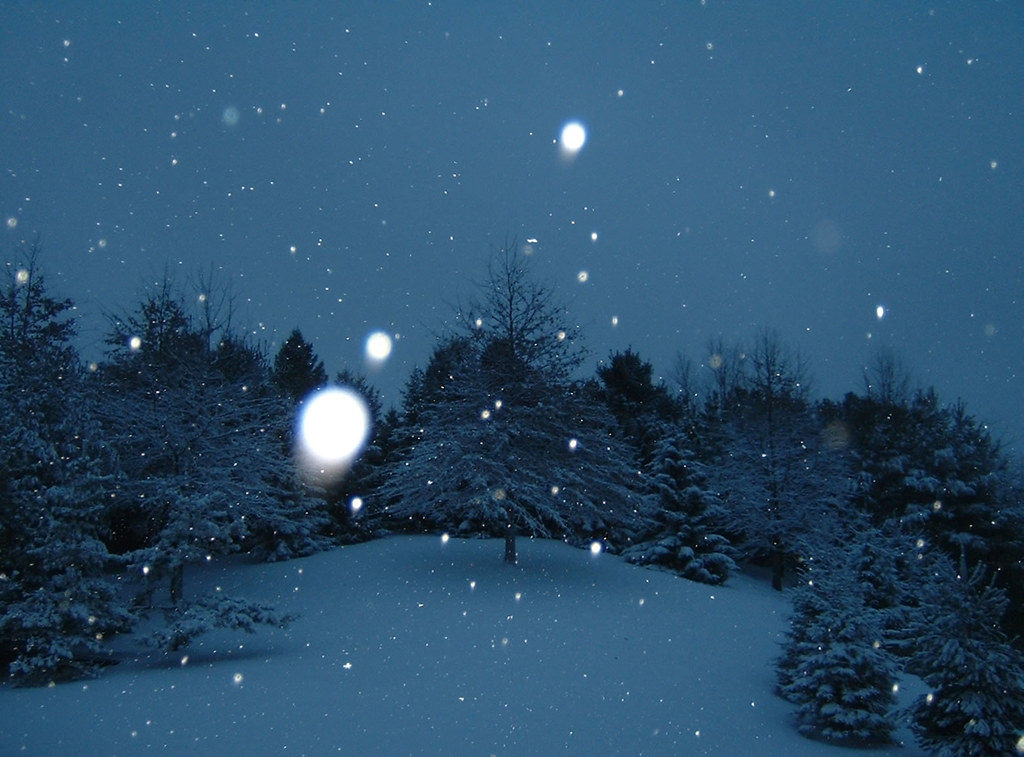 The girl, fourteen, sat at the piano in her pajamas. The wind outside shook the screens in the windows and the snow whirled around and forced its way into other spaces alongside the glass. She flicked on the light above her music. She turned and looked up toward the stairs and, as if she caused it to happen, she heard the creaking sounds of her sister getting out of bed, the clicking of the bathroom door.

She placed her hands on the keys and began the Sonatina in C Major (Opus 36, No. 1), Third Movement by Clementi. The name of the music sounded old and convoluted. She preferred Lady Gaga or Adele or even her parents’ Norah Jones, Alicia Keys, John Legend. The light notes trilled up and down as she played them. Entirely too happy and frilly for her. But the piece wasn’t about the notes, the piece was about the dynamics. The forte sections came out easily, the heavy hands, the pressure, the leaning forward.

She felt angry, which is why the forte came easily. Today was another snow day so she should be happy. She hated school. Twelve snow days, though several of the days off not because of snow at all, but because of last week’s polar vortex. It had been unsafe to be outside to wait for the school bus, and the roads had been so slippery because salt and whatever else they put on the roads wouldn’t work. Highways were closed, doctor’s offices were closed, universities were closed. School was closed for five days straight. Then two days back and now off again, due to extreme cold. They’d never had this many days off of school, not in Grand Rapids, not since her mom went there before she and her sister were born, not in the history of the school system which began sometime in the 1800s.

She started the piece again, the soft sounds reminding her of the flowers in her mother’s front garden. Her mom spent every daylight hour in the spring and summer weekends weeding, or clipping, or lugging the green plastic watering jug around the yard. The girl helped sometimes. She’d always done so, unlike her sister who preferred to stay inside. The girl remembered the name of the flowers she liked best: peonies. White with the bright pink burnt along the edges. There was no sign of them now outside, not even sticky sprigs sticking up through the drifting snow. There might never be a spring or summer again. The front garden was waves of white; only the naked trees looked as if they were surviving this winter, though one couldn’t really tell with the way the wind was knocking down limbs up and down the street.

The light above the piano went out. The door at the top of the stairs opened and the girl’s sister poked her head around the corner. “Did the power just go out?” The girl shrugged. She closed her eyes and kept playing. It was bright enough from the windows to do whatever it was they were going to do today. She played softer and saw a pink-tinged petal behind her eyelids float to the ground where it landed on a bed of browning petals. She saw all the flowers in her mother’s garden, naked of their petals now, waving their hard centers toward the sun as if pleading for something, but the girl didn’t know what. She played the last notes, which were a stretch across the keys, and then bowed her head to listen to the reverberations in the air the way she saw the classical pianist do at the symphony performance her mom took them to last fall when the world seemed normal.

“Why are you practicing? Lessons will probably be canceled,” her sister said.

“She never cancels.” The girl’s head was still bowed, her eyes still closed.

“She will if she lost power.”

The girl didn’t answer. She opened her eyes and started playing “The Bald Eagle” by Carolyn Miller, which wasn’t famous in the piano world. It had scales built right into the song, so it was efficient, and also it sounded good, swelling in might with big notes and then dribbling like a stream over rocks. Cannons and forests all mishmashed together to make a collage of a song that the girl enjoyed: a bit messy the way everything was messy in real life.

The girl’s sister flopped on the couch by the window and opened a book. “Well, hurry up. I just got up and already, I’m bored.”

“The power could come back on, then we could play Wii.” The girl turned and looked at her sister and arched her eyebrow.

“Or straighten each other’s hair.”

“Nope, can’t do the laundry!” The girl jumped up from the piano bench and pulled her sister to her feet. “Can’t run the dishwasher!”

The girl stopped and contorted her neck so she could look at her sister full on. “Ironing? Who does ironing?”

They danced around the room, arms linked, the way they did when they were four and six, or five and seven. The way they’d always been when they were free from the eyes of their peers. They sang “Fight Song” and “Lemonade” a cappella. They danced routines to the parts of the music they could remember over and over until they felt professional.

The girl’s phone rang. She ran to it, breathless, flushed. “It’s Dad,” she told her sister.

“Because you never have your phone on you,” the girl said. “Hi,” she said into the phone. “Yup, since a little bit ago.” She rolled her eyes at her sister until only the whites showed and the sister giggled and stuffed her face into the couch cushion. “Ok. Ok.” She shook her booty at her sister and her sister’s giggles went higher pitched. “I know, Dad. Our phones are fully charged, we always keep them charged.” The sister gasped and ran upstairs. She came down the steps, staring at her phone. She held it toward the girl who made a sad grimace at her. “Don’t worry, you’ve told us a million times. How’s, um, where are you again? Baltimore?” She stared out the window at the blowing snow swirling into drifts and wiping other spots bare to the bristly grass underneath. “Better than here at least. Okay, I’d better go and save my battery. Yup, you too.” She handed the phone to her sister who said, “Love you, Dad. Okay. Good luck!” and then ended the call.

“Let me guess—he wants us to start the fire,” the sister said.

“Yup, and then text him. You didn’t charge your phone?!” The girl shook her head at her sister in an exaggerated way and waggled her index finger. They both giggled.

“I wonder how long the power will be out this time,” the sister said.

“Want to bet? I bet until nine tonight.”

“Nah,” the sister said, looking outside. The wind had abated a bit. At least it was coming from only one direction now, but there was more snow coming with it, thin pellet-like snow that pinged against the windows. “Two, three hours, tops.”

“You have to pick a time. You can’t just be all vague like that,” the girl said.

They walked around the house, opening up the cupboards under the sinks so warm air could circulate around the pipes. They filled two pitchers with water, just in case. They put untoasted bread on a plate along with two cold boiled eggs from the fridge, which they opened and closed quickly to preserve the temperature inside. They brought the plates and two clementines from the fruit bowl over to the hearth and lit the fire. It was a gas fireplace with a battery-powered start button and fan.

“Ah…nice and toasty,” the girl said. “Hey, you think we could make toast over the fire?”

The sister looked at the glass pane that separated the flame from the room. “It’s not that kind of fire, I don’t think.”

“What about this?” The girl pressed a piece of bread to the glass with her palm. “It’s working, I can feel it.”

The sister palmed her bread and pressed it to the fireplace glass. “Yeah, toast!” she sang. It was a song they both knew from YouTube, a goofy song accompanied by a guy playing the toaster instead of a guitar. “Wake up in the morning, feel a little hungry—”

They flipped the pieces of bread over. “It is working! This side is a bit crispy, I can feel it.”

The sister leaned close and inspected her piece of bread. “If you say so,” she said. “It is getting warm, though.”

“Isn’t it weird,” the girl said, “that global warming is actually making us cold?”

“The effects of global warming.”

“It’s scary.” The girl took her bread off the glass and bit into it, tearing away with her teeth clenched. “Grr.”

The sister laughed. “At least people are finally listening to him.”

“A lot of good it’s going to do now.” The girl tore into her bread again and stuffed the whole egg in after. Bits of hard yolk crumbled onto the carpet. She made her sister laugh again, and she rolled on the floor, growling, going way over the top with her antics because her sister kept laughing harder. There were places she wanted to see that she’d never get to: the Maldives were going to be completely underwater, the Great Barrier Reef was going to be dead or else completely bleached out. She stuffed the clementine, unpeeled, into her mouth. Her sister screamed hysterically and bent over, clutching her stomach. The girl spat out the clementine along with bits of hard yolk and malleable white. Parts of India were going to get so hot, it would be unlivable. The polar bears were starving and the ice caps everywhere were melting. The girl picked up the clementine, peeled it, and shoved the peels in her mouth. Her sister tilted sideways, laughing, and convulsed onto the carpet.

“Stop!” the sister said between squeals of inhalation. “Stop! I’m going to die, I swear.”

The girl took the clementine peels out of her mouth. “We’re all going to die,” she said. Fifteen people froze to death in Chicago last week. A man in Detroit slipped and fell, then froze to death on his own front walk in the fifteen minutes no one noticed he was outside. She put the clementine in her mouth one clean wedge at a time, after chewing and swallowing the prior piece. “Come on,” she said. “Let’s go play our duet.”

They sat on the piano bench, the girl and her sister, four hands on the piano keys. Their young eyes could read the music, even though the lamp on the piano still didn’t work. They played the piece not very well, not very in sync. The girl was too loud and the sister was too fast so it sounded like a mess of weeds choking the flowers, or like a huge wave crashing over the delicate water lilies when there weren’t supposed to be tsunamis, not on the inland river. They stopped mid-phrase and nodded their heads. “One, two, three—” the sister said, and they pressed their hovering fingers again on the unspoken four and tried again for harmony.

Wendy BooydeGraaff is from Grimsby, Ontario and now lives in Grand Rapids, Michigan. Her stories have been published in Oxford Magazine, Jellyfish Review, Across the Margin, and SmokeLong Quarterly, among others.