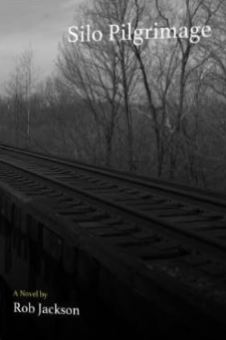 This is part of a blog relay to which GLR editor Rob Jackson was invited to participate in by Chicago writer Don DeGrazia. You can see Don’s answers to the same questions, which speak to character, here, on Paulette Livers’ blog. She was invited by novelist Thaisa Frank, whose responses can be seen here. Rob has in turn invited GLR editor Dave Megenhardt and contributing editor John Counts who will answer the same questions next week … as well as tag three more writers.

What is the name of your fictional (or historical) character? Where is the book set?

Her name is Mona, the book is set in a small town in rural Ohio circa 1990.

What should we know about her?

She comes from privilege and is wise in many ways beyond her years (19) she learns much from running away from her bookish parents and living among people who share few of her values.  At least that’s what she thinks at first…

What is the main conflict? What messes up her life?

Her main conflict is with her father who, though not overtly stated, has probably been a bit controlling. She has obviously disappeared to punish him. She knows that she will return to the world that she is accustomed to but during her self-imposed exile she makes connections with people, who possess the ability to do good and also horrific evil, and that in itself starts her education with real world experience that because of the inertia of the past will only finish back in the classroom, at least for the foreseeable future.

She is forced to relinquish her wisdom teeth at the beginning of her exile…hmmm?

What is the personal goal of the character?

She needs to take a break. She needs to figure out things for herself in an environment very different from where she grew up. Nothing about her current life or the expectations placed on her make sense to her. The  strange surroundings give her a strange freedom to create the next moments that follow, or at least that what she thinks. She does find out, however, that the power of history is so overwhelming that she has to face that no matter how intense her will is, she will be humbled in the face of forces far beyond her own self.

What is the title of this book, and can we read more about it?

Silo Pilgrimage. The book is coming out in the fall.

Rob has invited three writers to keep the blog relay going. Next week you can check out the responses to these same questions from John Counts, Yoko Morgenstern and Dave Megenhardt.

JOHN COUNTS lives in Whitmore Lake, Michigan and works as a crime reporter at The Ann Arbor News. His fiction and nonfiction have appeared in the Chicago Reader’s Pure Fiction issue, Midwestern Gothic, Wayne Literary Review and “A Detroit Anthology.” He coordinates the Narrative Map ESSAY project for the Great Lakes Review. You can find him online at www.johncountsontheinternet.com.

YOKO MORGENSTERN received a B.A. in Political Science from the University of Tsukuba in Japan, and a Post-Graduate DIPLOMA in Canadian Journalism for Internationally Trained Writers from Sheridan College in Canada. Currently she is doing her M.A. in English and American Literature at the University of Bamberg in Germany.

DAVID MEGENHARDT is the author of the novel Dogs in the Cathedral, published by Red Giant Books in October 2012. He is the founder of the spoken word troupe Toad Theater. He works in Cleveland as the Executive Director of United Labor Agency, a non-profit organization dedicated to fighting economic and SOCIAL inequities and lives is Shaker Heights, Ohio with his wife and two daughters.