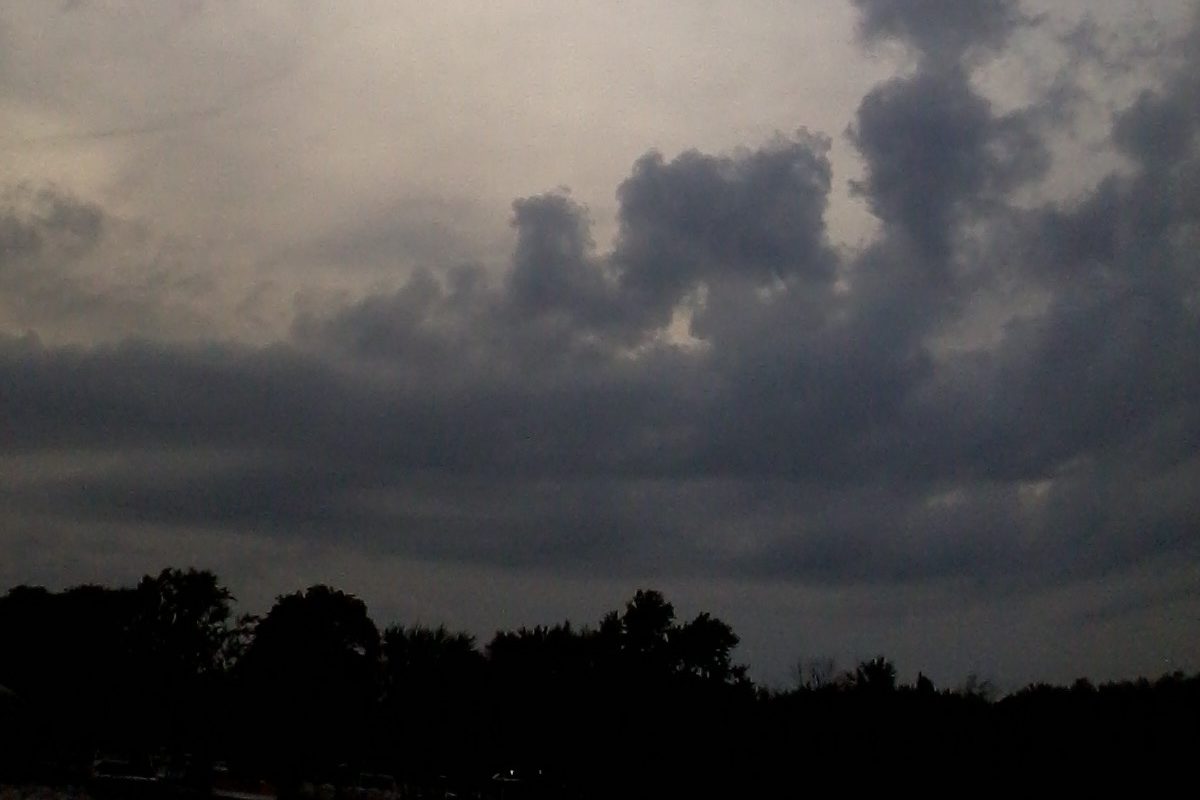 Setting courses for sailboats taught the boy about scars: the lake was a gouge in the earth, the sailboats left fluid white gashes in the water which healed in moments, red punctures and bruises bloomed across his forearms as he fought to right the masts of boats that overturned on blustering mornings.

In the budding sun, before the sailors arrived, the eastern sky sang with blues and reds. With a push-broom he cleaned the docks, alone, pushing seaweed and goose shit into the water, where it broke through the surface and then disappeared.

During a race once, a sailor dropped his watch into the lake as he rounded a buoy and made his way to the finish. The sailor called across the wind to him, not wanting to cede the race. “My watch fell! Find my watch!” he bellowed toward the crash boat, where the motor idled and the boy watched for wrongdoing or danger. The boy revved over to check. After the water cleared, he could see the watch, beneath the surface, sinking, sinking. There was no way for him to get to it. It was going to make its way to the bottom, where things seldom change or heal, where seaweed undulates and where mysterious creatures click and mutter among the mud and the other lost things which remain forever lost.

It was in the grey shadow of winter that I smoked my first blunt. When Victoria and I walked with friends to the high school to catch a bus, she pulled me aside and shook my hand, passing it to me then. It was at once a satire and a serious event.

An hour later I pulled on my winter boots and walked to the backwoods alone. The sun had split the sky open and the snow was dressed in a sheet of pearly ice, reflecting the light of the afternoon. My fingers fumbled out the old mint tin, opened it, and unclasped the dusky smell of weed and peppermint. There it was: she had even rolled it for me, which was good because I didn’t know how, not then. My toes tapped the ice as I looked up from the tin and the dead pines behind me to the bushes and vines that form the rest of the woods. Birds hummed and chirped from the trees. The sun blazed over snow. I reached out to touch the Great Old Tree which marks the dividing line between Forest Explored and Forest Unexplorable.

The Great Old Tree was my sister’s favorite tree. It was a hearty, fat evergreen with low branches that were easy to climb and nest in. Squirrels pockmarked the boughs with stores of nuts and leafy needles. Its trunk was weighty, grey, lined with black and brown. It is the last tree before the forest is overrun with intertwining bushes and vines too thick to walk through without a machete.

The trunk was surprisingly warm and streaked with lichen. Somewhere far off, a motor gurgled to life. I pulled my fingers back from the bark, extracted the blunt from the tin, and fumbled for my matches. The tiny flame blossomed. If I had looked into that fire, I would have seen my life- tiny, but full and bright- burning there, full of beginnings.

(I was setting myself on fire. And I burned so bright.)

Fat old carp circle think that the paper you tear up is bread, so they circle beneath the knoll they stand on. She leans against a tree, he rips little chunks out of the syllabus, balls them up, and chucks them into the lake. It is the last day of class. The sun is high, golden, and hot.

As he throws, he asks about time. “Have you ever thought about our sense of time? We both have a sense of what time is right to move, to speak…” She shifts her weight off the tree, steps out toward the lake. He steps forward, his feet shifting to point toward the library, over the backs of circling carp. After a moment’s pause, he adds, “See? We know without thinking, without speaking, to move. It’s time to adjust.”

She is thinking that she doesn’t want their times to be connected. She already loves somebody. She thinks he does, too.

Patricia Schlutt is a recent graduate of Aquinas College in Grand Rapids where she studied Community Leadership, Theology, and Writing. She has been published in The Albion Review, The Louisville Review, Hanging Loose Magazine, and the Aquinas College Sampler. She grew up in Michigan, where she fell in love with the forests, beaches, and the rich family history that imbues the landscape around her. In her studies she explored activism, community organizing, immigration, family, religion, whole foods and the intersections between those subjects. She looks forward to a life of continued learning as she travels, works on farms, and writes her way across Michigan and the world.