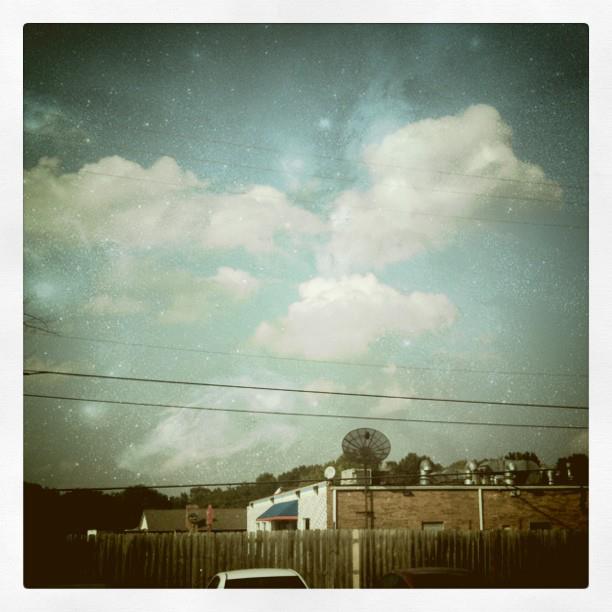 We talked about doing doughnuts next winter in the parking lot of the school and compared notes on how best to achieve one. Of driving vanfuls of friends to the movies, no longer being dependent on our parents or older brother and sisters. About how cool it would be to finally be able to go on real dates, to drive—ourselves—to pick up the girls, open the door for them and park at Saint Mark Lutheran—way in the back, where you can’t be seen from the road—play a CD and just see what happens.

Then Adam, sprawled out on my bedroom floor, said, “And we can go downtown anytime we want. I heard it’s so crazy down there.

“What about the S-curve? I don’t want to drive on that,” Daren said sitting up.

“No shit. Friend of a friend’s dad lost control of his brakes on it. Almost died,” I said. “Truth.”

“Everyone says they know someone who almost died on the S-curve,” Adam said. “It’s all bullshit.”

“Well, we can just take Eastern all the way down. That eventually gets you downtown.” I traced my finger along the unfolded map spread between us, routes highlighted in neon green and pink, future voyages we had been planning for months that would take us to all corners of Grand Rapids.

“But it takes forever,” Adam said. “The idea is to get down there quick and spend all our time hanging out.” Pause. “Oh, and there’s a hot dog place that we have to try. Heard it was awesome. It’s right by the liquor store.”

“And you’re sure they won’t card us?”

“What about parallel parking?” Daren asked. “Are you guys ready for that?”

“My dad made me practice in the van,” I said. “Set up two garbage cans and if I hit them I had to start over.”

“Are you going to be getting your own car eventually?” Adam asked. “Because you’ll be the first one with a license and I don’t really want to be seen in the van.”

“The van’s all right,” Daren said. “He and Becky made out in the back of it.”

“Yeah, but they were in the garage waiting for his parents to drive her home,” Adam said. “No offense.”

“I think I might be getting my sister’s Honda Civic,” I said. “It’s an eighty-nine.”

“All right,” Adam said. “That works. So you’ll have to be our go-to guy until I get mine a few months later.” Pause. “My dad’s getting me a Grand Prix. Red one.”

“Sweet,” I said, jealous, but trying hard not to show it. “That’s an awesome car.”

“My brother said that they’re working on technology where the cars will park for us,” Daren said.

“Not now, but in like five years or something.”

“I think,” Adam said while slapping Daren’s back, “that he’s just afraid of the parking test.”

“No, the city driving is. You have to be real careful. Plus, they have a little steering wheel on their side of the car in case you really mess up.”

“They have brakes, too.”

We sat in silence thinking about it, about all of the tests on the horizon, if we were really, truly prepared, and then my mind went back to the church parking lot, to the stories I’d heard—the magical place it seemed to be. I thought about whether it was a sin, being in the parking lot, or if the whole property up to 52nd Street was part of the church—if all of it was God’s—and if Becky and I making out and feeling each other up in the back of my parents’ Astro was something I’d go to hell for. I imagined the place as I knew it—old stones making up the foundation, brown roof and stumpy spire, the parking lot’s cracked blacktop split by green weeds, plants I didn’t know the name of that no one had the money to deal with—and I couldn’t help but think that, in the dark, it didn’t matter where we’d go. We’d be there, alone and illuminated by the dashboard clock, the CD playing, the blackness of the deep summer night protecting us from roving cops or prying neighbors.

Then Adam stood, distracted, and pulled out the crinkled PlayStation Magazine from his coat, the one with Resident Evil on the cover—the guy making that grunting face carrying a big gun. “Whatever,” he said turning on the little television and flipping through the magazine. “We’ll all pass and before we know it we’ll be men. Men with cars. And life will be good.” Daren nodded and removed the CD from its box, blew on the back of it and placed it in the system.

“That’s right,” I said studying the map again, alone on the floor now, following the snaking Grand River and imagining the currents, the salmon and steelhead swimming upstream, the empty buildings downtown and how scared of it all I was. “Real good.”

Robert James Russell is a two-time Pushcart Prize nominated author and founding editor of the literary journals Midwestern Gothic and CHEAP POP. His work has appeared in Squalorly, Buffalo Almanack, Pithead Chapel, Crime Factory, WhiskeyPaper, and The Collagist, among others. Find him online at robertjamesrussell.com.