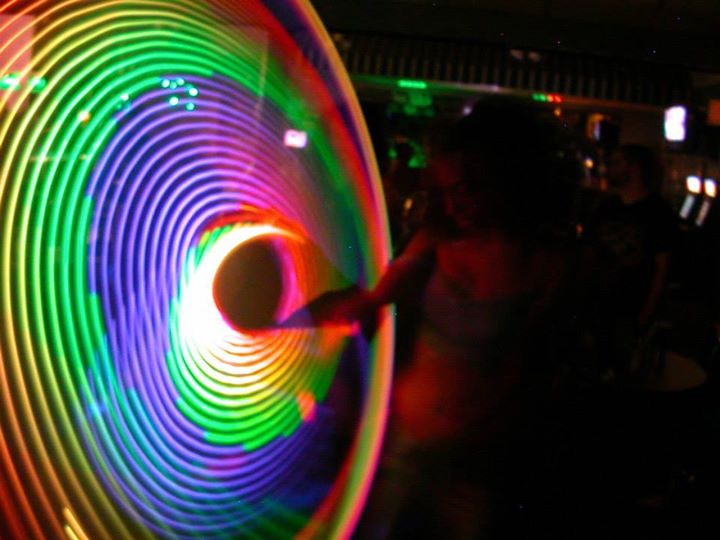 Kalamazoo is an easy place to lose your mind, and how much you enjoy that depends on the manner in which it unravels.

The brick water tower of what used to be called the Michigan Asylum for the Insane peers over a wooded hill’s crest and into the valley below to greet visitors approaching from the highway to the west. Equidistant from Detroit and Chicago, the town is a common way station for drug traffickers heading in either direction. Add to this the immortal post-hippie culture endemic to all Midwestern college towns, as well as the established tradition of rural marijuana cultivation combined with the more recent phenomenon of local methamphetamine production, and you have an ideal culture for either a laid-back, chilled-out slacker life of good buzzes and satisfactory art—or a toxic miasma of antisocial behavior and shocking depravity. You only get so much choice in the matter.

I came back to visit a few years ago, meeting with a cohort from back-in-the-day at an electronic music show presented in the back of a pizza parlor. As we approached the crowd smoking outside the venue, my girlfriend leaned into me and whispered, “I’ve never seen so many white people with dreadlocks in my entire life.”

It was nice to see everyone again, crowded together, breathing and jostling in the sweat and grease. The darkened stage area in back was mobbed in a counterculture event, the front well-lit and looking like nothing other than a beer-slinging pizzeria. Gut-thumping dubstep pounded and belched at the command of what appeared to be a 12-year-old decked out in urban street fashion and hopping around a console onstage. Occasionally, other boys and girls joined the show to breathe fire or perform routines with neon hula-hoops. We all drank and yelled at one another over the music and danced a bit, and somehow we ended up over on Oak or Vine, like we always used to, the “student ghetto” teeming with Children of Fortune, cast off and drifting through strange microcosms with no destination other than a good time in great old houses carved into leaning musty apartments illuminated by strings of light and filled with throbbing bass, swarmed and blurred with voices.

All of us and so many strangers crowded onto the front porch of a slouching house, and my girlfriend said, “I’ve never seen so many people just passing around so much pot in my entire life,” and I smiled and passed a fifth of Jack to another girl and the drummer I used to jam with showed up in his Vanagon and released two bounding, energetic mongrels wearing neckerchiefs, the dogs jumping all over everyone and barking, we hugged and somebody was playing a harmonica, and the hash oil came around and a bottle of wine and some kids were making out in the yard and everyone was laughing and hollering until someone from the house came out to angrily shoo everyone off the porch, out of the yard and street, but no one would leave until the cops rolled by and everyone drifted away in all directions as if they had been there by accident and sought another place to start it all again.

Ages or a moment later my girlfriend and I ended up crashing out in my friend’s girlfriend’s kid’s room—the kid was gone that night but all the little books and toys sat on shelves in the dark, the moonlight submerging it all in shades of blue except the dollhouse’s four windows that were shadowed black black black black and she clung onto me and I asked if she was okay.

“Just overwhelmed,” she said. “Sorry, it’s a bit much all at once.”

I laughed in a way that seemed to frighten her for a moment, but then I said it was okay, that I understood, and the only thing we had to do was sleep. I laid curled under the covers with her, all of everything gently spinning, drifting, thinking how good it felt to be alone, to be with someone, to be back, to know that I could leave.

Geoff Hyatt is the author of the novel,Birch Hills at World’s End.His short fiction has appeared in Midwestern Gothic, Thuglit, Knee-Jerk Magazine, and elsewhere. He has shown intermittent enthusiasm for electric guitars, Bronze Age comic books, and early 1970s black light posters. A Michigan native, he now lives in Chicago.