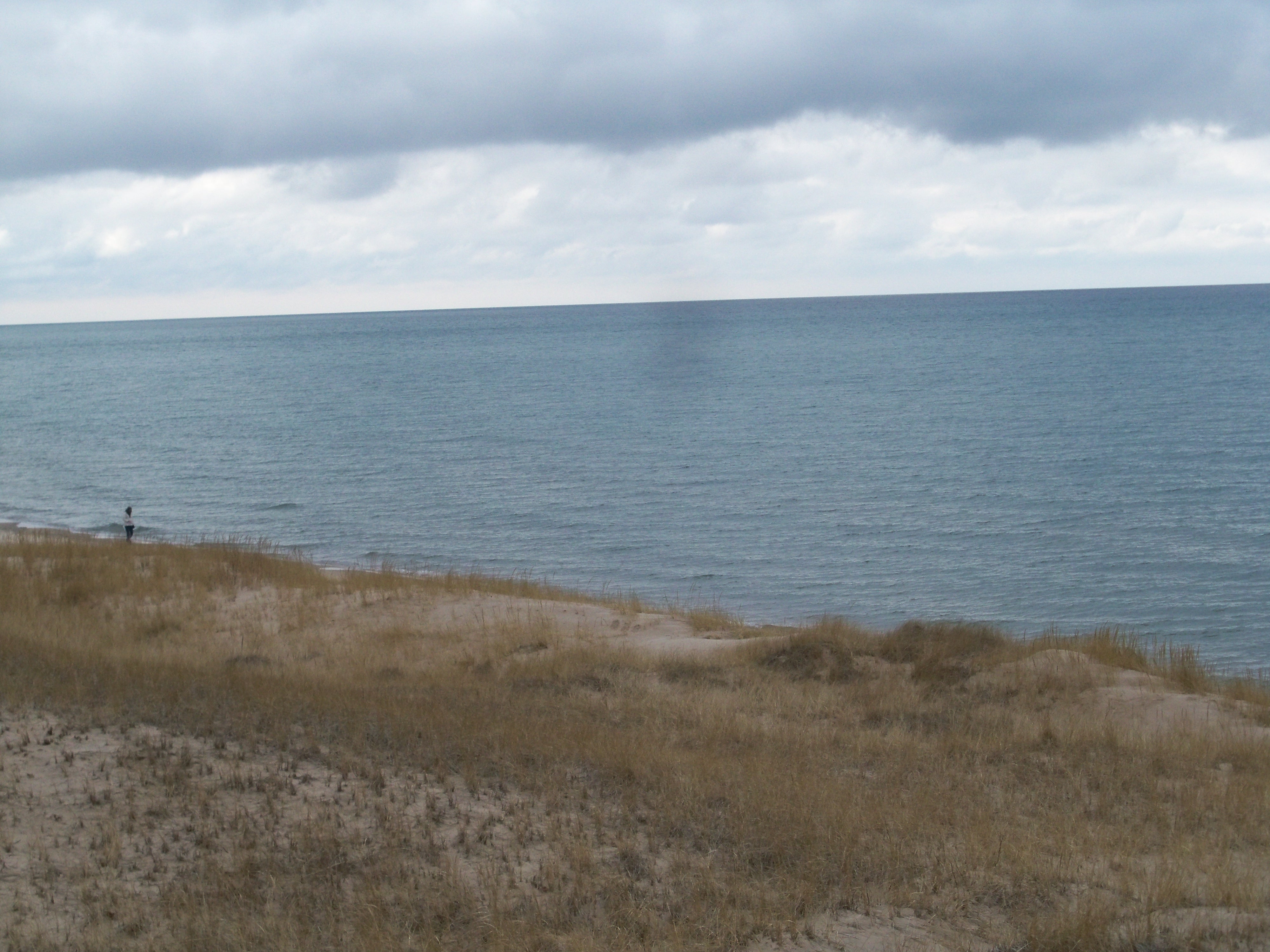 Grandpa is usually quite the talker. There are only two things in the world that I know of that keeps him from talking to anybody and everybody still above ground—sleep and going to the beach.

“Who does he think he’s talking to?” Dad asked.

“Why don’t you get off your beach towel and ask him?” Mom replied.

It was the first Saturday of summer. We drove an hour to get to Lake Michigan. The endless water reminds people of the ocean, especially Grandpa.

“I’m not asking the old man anything,” Dad said. “He always keeps to himself when we go to the beach. Been that way for as long as I remember.”

I hear the ocean’s cleaner than any lake. I don’t know. I’m probably the only 11 year old that’s never seen the sea. Grandpa’s been to shores all over the world, places with funny names like Iwo Jima and Ford Island.

Lake Michigan was cold but the sun kept us warm. The beach smelled like sun tan lotion. The waves whispered whatever secrets they whisper while the seagulls chirp insults at each other or about us.

“He started that tradition,” Dad replied.

Mom looked around the beach like she was searching for someone. “That explains it.”

As a ladybug landed on my nose, a seagull swooped over my head trying to grab a Kit Kat out of my hand. While Mom and Dad kept talking, I thought to myself, Explains what?

Mom smiled, put her big sunglasses on and stretched out on a towel. Grandpa continued to keep close watch over the water, mumbling to himself. My little sister was showing off her stupid gymnastics as she walked by him—on her hands. Grandpa and I ignored her.

“Stop ignoring me,” Dad said to Mom. “Explains what?”

Mom answered as the sunshine lit up her face. “It explains why your oldest son isn’t here to enjoy the beach—with his father.”

Big brother Rob stayed at home again this year. He never goes with us to the beach anymore. He pretty much never goes on any family outings—unless Dad stays home. Grandpa stood at the shoreline for a good hour allowing the waves to gain ground on his toes, only to watch the water retreat again and again. When his quiet conversation with the wind finally wrapped up, Grandpa began walking up and down the beach like he was patrolling a perimeter. Marching up and down the beach as though waiting for orders to stand down. While Grandpa marched, my sister decided to prove just how annoying she could be. Shelby kicked sand all over my towel—even got on my Kit Kat. At Lake Michigan cartwheels are just a messy way to show off.

But with or without little sisters, with or without my family not-talking to each other, I love the beach at Lake Michigan—and I’m not the only one. I’ve noticed how ladybugs love the beach. Seagulls, who have never seen the sea, they love the beach too. It’s even possible that Grandpa loves the beach as much or more than any of us, despite his retreat into silence. The look in his glass eye, as it reflected the lake, looked to me like love. But still there was something in his good eye that made me cautious. Eleven-year-olds might not be right all the time. What I saw in that good eye of his could have gone either way. If not love it might have been something closer to fear. Either way, I’ve never seen love or fear that deep in a good eye.

Maybe he was looking for something that was supposed to wash up on shore. Or he might just of been remembering something or someone just beyond the horizon—maybe both.  But nothing floated to shore this year. Nothing ever does. The only shadows upon the waves belonged to seagulls swooping towards us like fighter planes.

“Ooooh, look at the pretty birdie,” my sister pointed out with her toes as she stood on her head.

The white bird swooped in low from the water right at her.

“That’s a seagull, Stupid,” I said, as politely as a big brother can.

Grandpa squinted with his good eye as though he had recognized something—something he’d been waiting for. Standing bravely at attention before the seagull’s descent, Grandpa finally spoke up.

“What’s a chafing pattern?” my sister asked. But Grandpa didn’t answer. He looked over at Dad, then the rest of us. He looked around at the ladybugs, seagulls and once again at the waves crawling across the peaceful sand—advancing on our position. I figured that whatever was on his mind had nothing to do with who’s talking to whom. There were hidden sights and sounds all around him. But none of us could see nor hear any of it. Not Dad. Not Mom. And Shelby never would. But Grandpa’s glass eye—now that’s another story. The glass eye sees everything. Everything that’s there, was there, and ever will be.

The glass eye saw all it wanted to see of Lake Michigan. Grandpa surveyed the sky in all directions before cautiously retreating to the safety of the parking lot.

Alan Harris is a hospice volunteer who assists patients in writing stories, letters and poetry. Harris is the 2011 recipient of the Stephen H. Tudor Scholarship in Creative Writing, the 2014 John Clare Poetry Prize, and the 2015 Tompkins Poetry Award from Wayne State University. In addition he is the father of seven, grandfather of seven, as well as a two-time Pushcart Prize nominee.