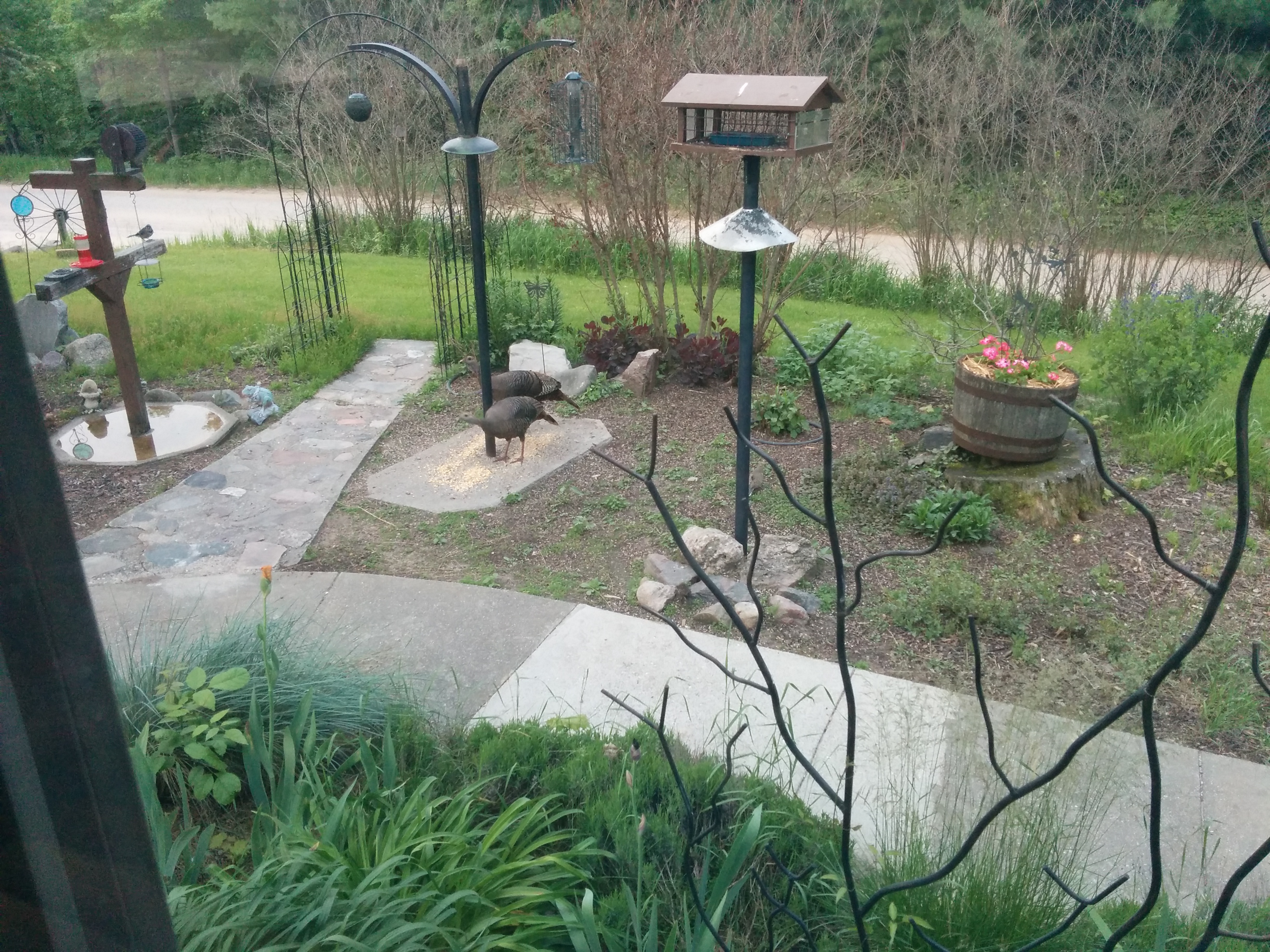 In June, I came home to a hill on West 16 Mile Road in Michigan’s Osceola County. Life on the Texas Gulf Coast can be beautiful, but the sheer lush green of trees that aren’t bent by the wind, that are tall as centuries overhead and march sometimes in rows neatly ordered by the CCC decades ago, the glory of hills that roll up and down and give shape to land and sky. . . there is nothing like it. I know we’re almost home when the sound of the road under the tires changes from a blacktop “whoosh” to the crunch of gravel. I taste the dust in my mouth through the open windows, just a hint before the truck picks up speed and whisks the dust away behind us.

The stone house on the corner of those two roads, whose names I always forget (LeRoy Rd and something) is still my Grandma’s in my mind, and there just past the intersection is the Nelson place. There is a new house beside it, large and bright with gossip that my stepmom imparts as we pass.  Always there is something new: houses that look too shiny and raw, trees grown tall in my absence, the 1/16th mile of blacktop that spans the trout stream we used to throw rocks into in hopes of scaring the beavers away. The beavers, being smarter and not inclined to be stoned, never paid us any heed.

But some things are the same. The light is dappled where it slants through the trees, golden and almost warm to my southern skin. The ferns that grow in the shadow of the woods that have crept much closer to the road than I remember. The pines on the corner that used to be part of a tree farm are too tall for Christmas now, but they smell like Michigan: sharp and cool and redolent of camping trips under a sky bright with stars. My parents’ place is just beyond, at the top of a hill—the OLD Nelson place, folks still often call it, though it hasn’t been owned by the Nelsons since the late 80s.

I hate going inside when I first come home. The air is so clear, so clean and light without the cloying humidity of the Gulf, even with the dust of the dirt road hanging in the wake of our arrival. Birds, chickadees and finches and blue-jays, red-headed woodpeckers and grosbeaks and robins, the cacophony of my childhood, flutter up from the feeders as I bypass the door to wander instead across the patio along the flower garden. I have to see what’s in bloom, what’s still waiting. I have to revel in summer air that still has a slight chill in it. It’s June and I could put a sweater on!

Later, I am surprised by the turkey-hens pecking corn around the bird-feeders. These are new arrivals, and while they will leave if I go out, they stay while I sit on the deacon’s bench under the front window and watch them. I never realized how much dignity a wild turkey has, but these dames are stately in everything they do. Even when Dad comes around the corner with the dog and they decide it’s time to go, their haste has dignity. They are queens, and dog or no dog, will not be hurried across the driveway and into the pines.

After the sun goes down, much later than it does in Texas, so far to the south, I volunteer to take the dog out. There is too much light where I live, but here, if I step around the house and let the motion light switch itself off, the sky is breathtaking. It sweeps away from my little hilltop, so achingly clear that I feel my heart clench for a moment at the wonder of it. I feel, just for a moment, like I can see straight to Heaven from the top of that hill on West 16 Mile Rd.

Vickie Andresen Sedillo was born in Grayling, MI, and raised in LeRoy. Serving in the US Navy took her away from Michigan in 1990, and marrying a Navy man landed her in south Texas, where she still lives with him and their three children. She has a bachelor's degree in English with a minor in Creative Writing, and a Master's Degree in Rhetoric and Composition. Currently, she teaches academic English and writing to international students with ESLI at Texas A&M Corpus Christi, and writes in her spare time.