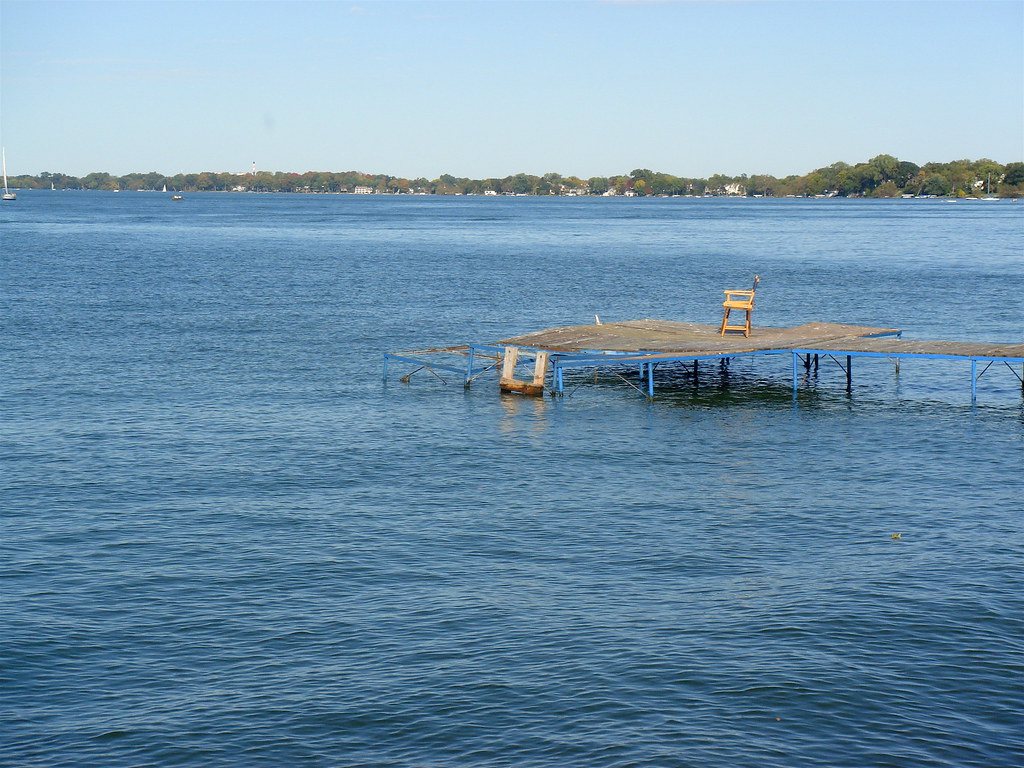 When James Wright wrote that he’d wasted his
he was talking about ego. Rilke, too, considering
Apollo, knew the game was light—what you spread
once loss’s heft becomes as natural as a wallet’s.

Say I’m foolish. But I’m sure of this, having put
a Mossberg in my mouth to wander as I watched
an August sun descend into Lake Huron, stretching
first the soft dampness inside my left cheek, then

the right and the back of the throat like when
you stick a finger in to make yourself throw up.
It seemed silly after a while and tasted like sour smoke
given I’d, just before, bucked an oak stump to gain

some notion of the weapon’s kick. The sound is
louder than you’d think. Saw a bear, came right
up on the deck, I told the marina owner when he
found me at the Walmart gun counter that afternoon.

When word got out it gave the island quite a scare.
This, I learned the following summer, and while
still alive. The changing came later, with much
work, and would not last. Die before you die

taught the masters I’d read. So I did. And was
once reborn in an orchard of flowering pears
just off a thruway in Birmingham, Alabama.
By then, all that was had been well-burned

and I stood empty in the thick of a pollen song
clutching my Solo cup of drugstore wine. I felt
clean in that life; didn’t think to feel otherwise.
There was a house with a nurse, a Cavalier King

Charles spaniel and a satellite dish. I could stay
if I so chose. That was three deaths ago. Since,
I’ve seen a thousand chicken hawks in the pines
that guard the ninth green of the golf course

near my rental and each new year vow to
change my life with meditation or more trips
to the gym. I have been given so many shots
at revelation: the peace dove being eaten

one note he cannot play. Every I we enter still loves
that darkling self too much to let him, finally, go.
In every present, we are hostage to his ghost.

Lying in a Hammock on the Back Deck

No more about death now.
Your mom has made potato salad

with olive oil and purple wax
beans from the garden.

is brewing in the sun.

Today, the lake does well
to conceal its scars of algae.

Or maybe you see differently:
eye giving favor to the cobalt still

left open on the map. No need
to travel anywhere just yet,

too slender for the net.

Any wind means second chances
swim the waters of your chest.

The moon is a fleck of Styrofoam
floating in the funeral coffee you’ve
accepted out of politeness to your
mother. Pickerel drill the shoals
of your blood and deeper down
the salmon you’ve been after forever
dulls from old prescriptions neighbors
have flushed. Your street floods. Geese
nest the porches like fat sacks of ash
and the spots of those sunken fawns
will never disappear. You wear your
father’s waders and with a ripped net
ladle absence searching for survivors.

Ben Evans played football for Colgate before earning an MFA from The University of Oregon. His poems have appeared in Colorado Review, The Cortland Review, Sugar House Review, Poetry New Zealand, RHINO, Ekphrasis, Fourteen Hills, and elsewhere. The longtime editor of the arts review Fogged Clarity, he lives and writes in Muskegon, Michigan with his hound Jack.