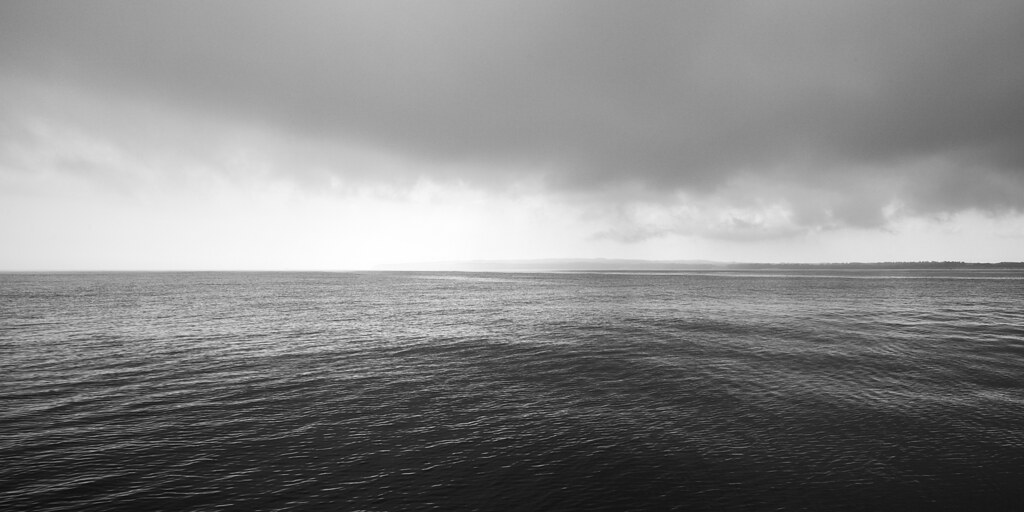 All those Nike trainers. At first, she thought it was a fluke. She was a beachcomber, out in all weathers, and thought she had seen everything the Atlantic could spit out on the shore. The usual flotsam and jetsam were mostly plastic bags, and those horrible plastic beach toys made in China and sold in places like Brighton Beach or Cornwall.

But then she realized that this was the third Nike trainer she had found in the same number of days. And each of them was for the left foot. The same color, black with a silver swoosh on the side. Underneath the seaweed, the labels were still attached by plastic rings. They hadn’t been worn.

Then there were other reports through the beachcombing grapevine, from the next island over. And more news, from the Orkney Islands, and Ireland, and even down into Portugal. Everyone was finding these Nike trainers, always the left side. Different colors, mind you, and other styles, but all essentially the same.

Then the BBC did a report about a shipping container ship that got into trouble off the coast of North Carolina about a year ago. It lost ten containers, each one carrying about a thousand shoes. Apparently, the jet stream across the Atlantic carried these shoes in a grand arc with the tides and deposited them all on remote shores.

Ordinary people were baffled. Scientists were excited, as they said they could learn more about the rhythms and mysteries of the jet stream. Environmental activists were angry about the added plastic pollution in the waters and the threat to marine life.

She looked down at the left shoe in her hand. She thought about how many thousands of miles it must have traveled, all by itself. It was nowhere near its intended destination. It was never going to fulfill its destiny of being used as a proper shoe.

What she couldn’t stop thinking about, was why were only left-footed shoes coming up? Do they make them separately, and ship them in different containers, to join them up later?

How lonely that must be, some ten thousand left shoes floating the Atlantic. What about the right shoes – where were they? Were they locked in a container at the bottom of the sea? Or sitting abandoned in a warehouse somewhere, useless because they never found their mates?

That struck her as terribly sad. She had to sit down on a rock and hold back the tears. Hold them back, but who would see? No one. Her corner of the island never had any visitors.

Who would cry over lost shoes?

Someone lonely, that’s who.

A.B. Kyazze is a writer and photographer originally from Ann Arbor, Michigan. She has spent more than eighteen years writing and taking photographs of humanitarian crises across the globe in Africa, Asia, and Southern Europe. Her debut novel, Into the Mouth of the Lion, will be published by Unbound in 2021. Her photographs and nonfiction work have been published in travel magazines, The Huffington Post, The Washington Times, Medium, and other places. She was long-listed for the Mslexia Women’s Novel Competition in 2017. Her short stories have been published in the National Flash Fiction Day Anthology 2019 (UK), Byte the Book, and other places. She lives in London, UK with her young family, and is working on a series of novels set in Darfur, Eastern Congo, Paris, and London.

Learn more about A.B. Kyazze at abkyazze.com or find her on Twitter @abkwriting.