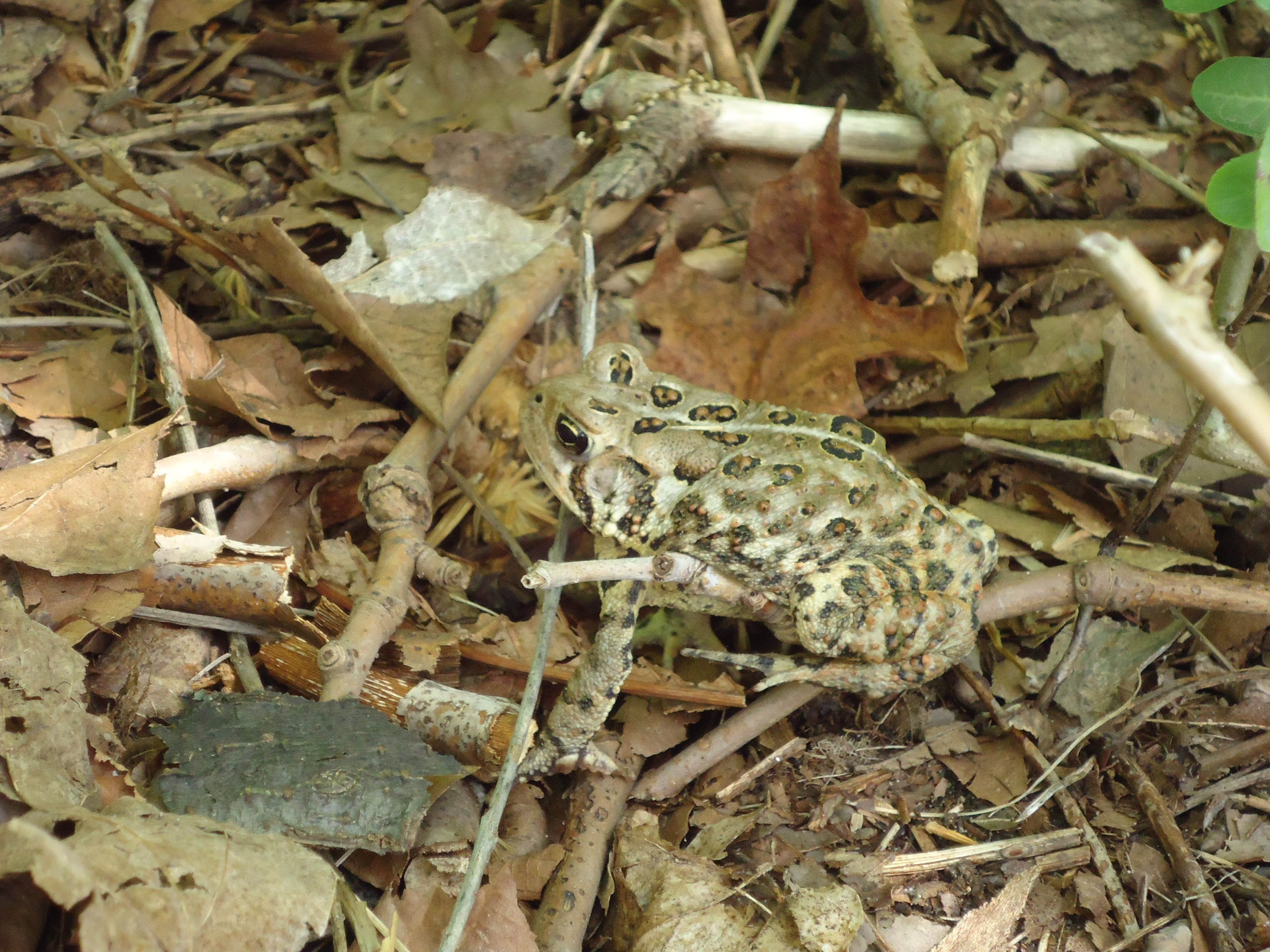 The Sunday after the memorial services, we all went morel hunting.

Sara found two more morels in the front yard of her mother’s house. I had found one the day before, amidst dead wood along M-55, where lumber trucks barreled out of the Manistee National Forest. With three morels found, even though the season was long over, we decided to take the kids and grandpa out into the forest to hunt for more beneath overcast summer skies.

We drove a few miles west and pulled off at a sign (erected in 1983) celebrating the fiftieth anniversary of a Civilian Conservation Corp camp that had toiled in the woods during the Depression. Beyond the first tree line, in the clear path beneath new power lines, Oscar (age 5), stumbled along in the grass with his hands outstretched. Abigail (age 2), toddled after her ‘buther’.

“C’mere, little cabbage moth,” Oscar said quietly, his hands moving up and down, following the loping, drunk flight of the small insect.

Beyond the second tree line, along fallen poplars, we found cup fungus, white shelf fungus, and richly colored sulphur fungus. But there were too many pines, and so we marched west were we saw more beech and oak leaves.

As we ascended a sandy hill, we found angled iron set in old, crumbling concrete.

“What was here, Dad?” Oscar asked.

“I guess it was part of the old camp for the men who worked here years ago,” I replied, uncertain. We found several stout concrete posts arrayed around a large cone of concrete almost as tall as me, with a bent and rusting piece of rebar atop it.

“A toad!” grandpa called, happily, and Oscar and Abigail ran over with me following. The toad hopped amidst the shepherd hook sprouts of fiddle head ferns, hiding beneath maple saplings. All across the forest floor, sprouting from the leaves, were tiny mushrooms and white star-flowers.

Oscar chirped as he raised his cupped hands. And inside, frightened but safe, there was the tiny form of a gray tree frog with his yellow inner thighs pulled close against his white belly.

Oscar carried him deeper into the ruins of the camp while Sara and grandpa looked under fallen logs for morels. Abigail wrapped her hand around one of my fingers. “I looking for river,” she said to me seriously. I picked her up and carried her on my hip. She whispered in my ear, “You can find a big river, and,” I leaned close to feel her lips against my cheek. Then she said, “and I find a teeny tiny river.”

Beyond the ruins there was a huge treeless bowl between two hills. Down the eastern slope of the bowl, as we descended, we found crumbling shingles, maybe from the camp, maybe dumped years later.

“I think,” Oscar said, stumbling across the shingles, “that a house sank here into the hill.”

We really didn’t have any better explanation.

But then he fell and landed on his cupped hand.

“Is the frog okay!” Sara asked, concerned. “Are you okay, Oscar?”

We examined Oscar, and the frog, and found that both were okay. Oscar took the frog back up the hill into the wet leaves beneath the trees and released him by a corner of exposed concrete.

The clouds drew close, and the air was cool.

“Maybe it rain,” Abigail said, toddling out into the treeless expanse of the open bowl. At the northern end of the bowl was a high mound built by aggressive black and red ants. At the southern end there was the curled over gray stump of some long dead tree.

The forest behind us had been a mix of pine and poplar and oak, but the forest up the western slope of the bowl was entirely deciduous, and it was there that we marched to look again for mushrooms.

“Look, here are two!” Sara called out. But when we came closer, we saw that the mushrooms had gone black and peeled back at the head. They were days old and had gone bad.

Oscar and Grandpa marched steadily further west, out onto a lumber road, where they played hey-batter-batter-swing with sticks and stones.

As Sara and Abigail and I searched, we found clumps of morels every ten or fifteen feet, all at the same level, half way up the western slope of the bowl, beneath rotting logs or against ancient trees. But every time, the morels had gone bad, turning black, melting back into the sandy loam of the hillside.

And along with the morels, a little further of up the hill, we kept finding the heavy odorless scat of brown bear. Abigail was getting tired, tumbling down into the leaves, whimpering a little.

“I don’t like the look of that,” Sara said after we found the third pile of bear scat. The bear had been marching around the western half of the bowl for quite a while, staying up along one level of the hill, drawn here for some reason.

Abigail pulled down the top of a fiddlehead fern to inspect the curled end. “Worm,” she said to me, indicating the curled up head of the fern.

At the end of it all, we had found ten rotting morels.

Defeated, we marched back down into the bowl. Abigail, exhausted, cried into Sara’s shoulder. And in the dead center of the bowl, on the flat sandy ground beneath ferns and atop star flowers, we found a skull.

But it was too stout, a deer skull usually stretching  out at the snout.

“No,” I said tentatively, “I think it belonged to a bear. Maybe a juvenile.”

It was missing its canines, so it was hard to tell, but that’s what I think rested in the middle of the great open bowl in the forest.

I scooped up Abigail, and as she wailed, I marched back to the car.

“Are you scared,” Sara asked.

I crested the hill, almost jogging along the old concrete left behind by the men who had restored this wild place after a century of heavy logging.

Fritz Swanson is the Director of Wolverine Press, the letterpress studio for the Helen Zell Writers’ Program at the University of Michigan. His writing has appeared in such places as McSweeney’s, The Believer, The Christian Science Monitor and Esopus.