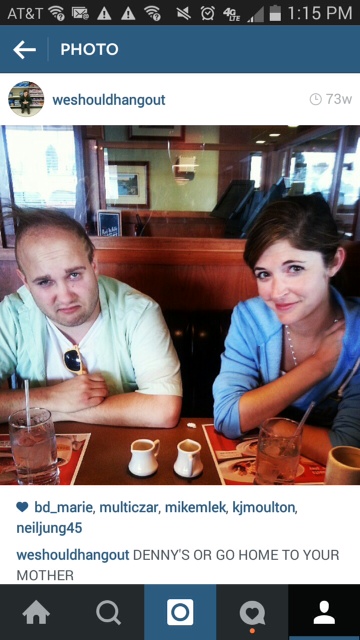 O, Milwaukee, we should’ve got out earlier. O, silent L, we tried to make a better poem out of you. O, Lake Michigan, you’re one fat river, and ’Waukee, you’re a godless, Protestant drunk. To us, you were one night and a few blocks’ radius clung to the lip of the lake like a fever blister in summer—the hard slurp of somebody’s tongue that took too long to dry out.

We three came north for a friend we already knew we probably wouldn’t see again. A wedding under a high ceiling. The groom had left our landlocked town—we always knew it was temporary—for law school, Chicago, and a Milwaukee girl. We three, bearing no gifts, we travelers afar. M. and H., complicated Catholics, moved effortlessly through the murmured choreography. I fiddled with the straps of my high heels.

We only knew the groom, and each other. While strangers took pictures, we wandered along the water, which was ninety percent hard wind. We ate cheese because you told us to, Milwaukee. We drank your brand of golden swill; it settled our stomachs.

Maybe we should have left when we started giving our real names. Maybe when we tried to waltz but fell into a windowsill, and H. kissed me on the way down. Or maybe I kissed M. Or M. kissed H. Maybe it was every other way round. Maybe we should have left after H. rhymed labia with Lawrence of Arabia. Maybe, after the second time I failed to flirt a fifth of whiskey to-go! Maybe after the third time M. grumbled fuckin’ sconnie at the flower girl.

Sometime between the pretzel salt on my tongue and the white-gravel shoulder where I prayed for puke and deliverance—we should have already been gone.

The next morning, it took us hours to find our way out of Wisconsin. We found Denny’s on the outskirts of the interstate, and a waitress whose nametag read KatieKatieKatie. It was like a tarot card I drew myself in crayon. KatieKatieKatie because I hoped no one north of Madison remembered my name. KatieKatieKatie because last night’s every slur reverbed thrice. And because our waitress kept returning, again and again, to remind me I was both infinite and repeatable as breakwater. M. and H. pledged to start a band called KatieKatieKatie and I wanted it so bad that my head actually felt better, because the greater ache had relocated someplace further south.

There’s nothing new about summer, or the end of it. Nothing new about sing-alongs and highways and knowing something’s over before it is. It remains to be seen whether a poem can be made from this stuff.

Wisconsin, we won’t come back for you. But, O, sweet Denny’s waitress, young woman with hair the color of wheat or chaff or PBR, you who let us nap on the vinyl cushion, who served us scrambled eggs with our chili nachos and didn’t ask questions, you will never see us again. But you were Our Mother of Milwaukee: We burned you down, and we left you your tip in quarters.

Katie Moulton's prose, poetry, and criticism has appeared in xoJane, the Village Voice, Devil's Lake, Quarterly West, Ninth Letter, Post Road, among others. Her work has been supported by fellowships from OMI International Arts Center and Indiana University. Born and raised in St. Louis, she lives in Bloomington, Indiana, where she works for an historic theater and deejays for indie radio.