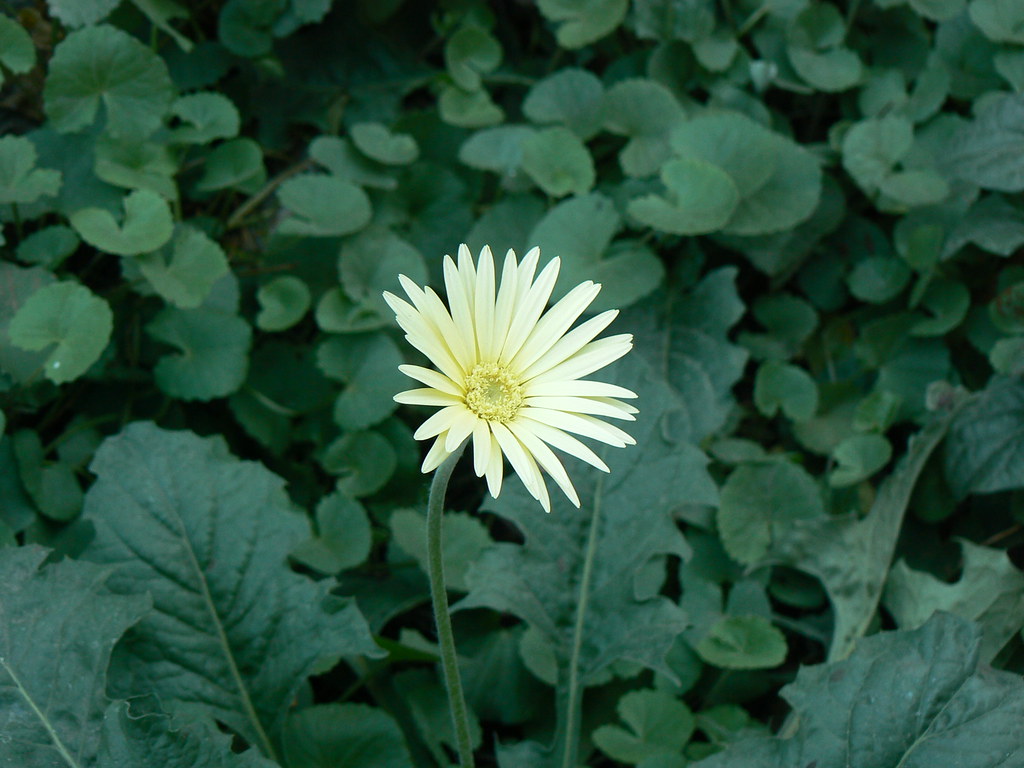 Again she saw this child. She squinted through the dusty slats of her front window blinds. The boy wore the same tiny laced boots. His toddler jeans misshapen by a bulge in the diapers for which he was now too old.

Mrs. Weaver watched him meander. He made his way toward the new homes being built. It was the mid-1950s. Tiny but tidy tract houses were spreading throughout the land like mushrooms. The boy’s sister, older by a few years, would sometimes venture down the street to retrieve him for dinner. Most times he wandered back home by himself as darkness fell.

Mrs. Weaver always observed outward, away from her life. As if turning her attention inward to the confines of the home would stomp the remaining life of some part of her.

“Jerry, come here and see,” she yelled to her husband, a cost accountant for Erie Coil Company. “No one watches these kids. They’re raising themselves.”

“That’s something,” Jerry said. He heard his wife’s voice but not her words.

Mrs. Weaver was a pediatric nurse in Sandusky. To her, children were the last trove of purity and hope. Neighbors questioned why she toiled. Often aloud they wondered if Jerry needed a raise at Erie Coil. To contemptuous expressions she explained that it was a career not a toiling. One she would give up under knife-point perhaps. Likely not even then.

In his I Like Ike tee shirt, Jerry sat in the glow of the TV, indolent. The Brooklyn Dodgers played the Giants. He knew the Dodgers were special that year. That they could win it all. At times he clutched the rabbit ears to coax the reception. He noted that clutching a Genesee can in his other hand at the same time seemed to sharpen the picture.

“Odd they lived in our last neighborhood too,” he offered, if only to establish that he had comprehended a bit of what she was saying. “It’s like they’re following us.”

Mrs. Weaver squished her cheek against the glass in an effort to better see the little boy.

Her eyes cast across the chronically barren patch of bedding into which Jerry had scattered wildflower seeds in the spring. Mrs. Weaver tried to imagine anything wild or whimsically scattered about being congruent with Jerry. She could not. Not a single seed ever took. By July a lone hearty weed arose from the patch like a middle finger, an enthusiastic growth with a tall sturdy stalk. When Jerry retrieved the garden shears to lop it down he was startled by his wife’s command.

“Leave it? It’s a goddamn weed, dear,” he had replied. “Sown by bird shit probably.”

The neighbor boy once had left a toy bulldozer in the Weaver’s yard. He had crafted a muddy little road with a loop right around the weed. Mrs. Weaver hid the toy high in her kitchen cupboard. Sometimes she took it down and just held it against her breast. She would ponder the little boy’s imagination. She wondered what all he and his sister knew.

“Those poor kids. No one seems to care for them,” she resumed.

Mrs. Weaver’s eyes trained back to the small brick home across the street. The door was still ajar. She paced. She cast a glance down at her clothing and tugged on her pastel linen blouse, smoothing wrinkles.

After a cursory finger brushing of her flecked hair, she checked her reflection in the smudged oven glass. Then she slipped out the front door.

Mrs. Weaver made her way to the street in the near dark with brisk but controlled steps. Soon she reached the two by four wood frame-outs of the new houses being built, jutting up against the setting sun like skeletal exhibits at the museum.

At the first construction site, she scanned the sporadic mounds of dirt. Piles of rough cut scrap wood, broken bricks and discarded electric cable. No sign of the little boy. The early winter evening air chilled her. The light faded. She moved on.

The next house was at a similar stage of construction. Several more mounds of earth were piled up closer to the edge of the street.

She held her hands over her eyes against the remaining sliver of sun and combed the dirt pile. Amidst the evening haze she teased out the frame of the small boy. He was near the apex of the pile. He dug with a toddler’s gusto, shoving dirt around with his yellow Tonka truck.

The boy sat amid broken glass shards and random deep holes. Copper pipe scraps jutted askew. Mrs. Weaver’s urge to protect him was primal. This was neglect. The boy had not yet spotted her in the enveloping dusk.

A young girl’s voice jolted them both.

Whirling around, Mrs. Weaver saw the girl. Bruised twig-like ankles vanished into a pair red Keds. They studied each other.

“No,” the boy piped over their heads. His gruff voice was odd for his tender age.

“Dinner is ready,” his sister persisted.

“He’s just like his fath..,” Mrs. Weaver began to say but halted.

A few moments of quiet passed. The boy continued to shove dirt around.

Mrs. Weaver took a few steps toward the girl. She studied the girl’s facial features, as might a portrait artist.

The girl ignored her. She raised her voice to her brother.

Mrs. Weaver wondered if the girl’s assertiveness was nature or nurture. Or just survival.

“I know who you are,” the girl said without looking at her.

The authority in the girl’s voice belied the innocence of her face. Her brother stirred this time. He hoisted the toy truck with mud caked fingers. A coagulation of viscous snot crawled, lava-like, from his nostrils, as if a soft mollusk liberating itself from a shell. Clay earth and brick soot encased him. It was all endearing to Mrs. Weaver.

Like a sand crab, the boy descended the dirt hill. He trudged past Mrs. Weaver to where his sister stood. Together brother and sister began to plod up the street toward their home. They were wordless. The boy kicked his sister’s legs with his clodhoppers. She scolded him. After fifty feet or so, the girl stopped. She turned back toward Mrs. Weaver.

Mrs. Weaver felt a wave of nausea. She placed a hand just beneath her ribcage and pressed.

The brother and sister resumed walking and were soon swallowed by the mist of darkness.

That same night shouting arose across the street from the Weavers.

“Again? With my drinking?” the husband yelled.

“You peed in the closet. The Schoonover’s called because you parked our car in their drive. I’m fed up with supporting you, raising the kids alone.”

“That’s where the Church could help.”

“A job would help,” his wife snapped. “And I will not deposit our children with that priest or his band of creepy helpers.”

“The only faith you have is in your gin. We have two young children.”

Across the street Mrs. Weaver strained to hear above Jerry’s baritone snores, ear to the window. She puzzled how just two nights prior, the same couple across the street howled with laughter beyond control, to tears.

The next morning Mrs. Weaver was at the window yet again. It was pouring a frosty rain. She had difficulty making out the outline of house across the street.

“Honey, for Christ’s sake. Will you give it a rest?” Jerry implored. “They’ll call the police on you.”

She gazed at her husband with the investment one affords a goldfish in a bowl.

“I’m starting to believe you want to kidnap one of their kids,” he continued. “Or that you have a thing for their old man. Why do women fall for these Romeos? The losers. Moths to a goddamn flame.”

He savored that line. If only she had heard it. If only he wasn’t a goldfish.

He pecked her on the cheek and started out the door for Erie Coil and the awaiting ledgers.

Two weeks passed and the Weavers returned from a company boondoggle in Orlando. Wives welcome! exclaimed the invitation. A Super-Duper year, Men! Erie Coil is cornering the domestic market! Look out 1956! Mrs. Weaver had a visceral response to the invitation. Jerry had beamed.

With angry sunburns they pulled their sedan with the trendy fins into the drive. They were confronted by a For Sale sign stuck into the yard across the street.

They studied the scene further while hoisting the luggage and crates of grapefruit out of the cavernous trunk. It looked to them like all of the window treatments, even the welcome mat, were gone.

“What the hell?” Jerry said under his breath.

Jerry dropped his bags on the driveway and strolled across the street. A grapefruit rolled behind him into a stagnant puddle in the gutter. He approached the house as though creeping up on a bear he had just shot. One he wasn’t sure was down for good. He reached the dormant flower bed in front of the picture window and peered inside. He turned around and held his hands up, palms to the sky.

“Gone,” he mouthed to his wife, who was still standing in their driveway.

Jerry made his way back to their driveway.

“Son-of-a-bitch,” he said. “I didn’t see that one coming. Wonder where they went?”

“He didn’t have a job,” Mrs. Weaver said after a pause. “Maybe he found one.”

“What kind of woman goes for a loser like that?” Jerry said resurrected his earlier line of questioning.

“He must make her feel alive,” she said without hesitation. “Maybe that’s his gift.”

Jerry stared at her. Mrs. Weaver stared at the little brick house across the street. Her eyes then rested upon the weed at her feet. It had dried, curled up in its slow return to the soil.

Jerry grunted as he retrieved the grapefruit from the gutter and rolled it in his hands.

“Salvageable,” he said, cradling the bruised fruit like a baby.

“But are we?” Mrs. Weaver whispered to herself.

Just before the screech of the alarm clock Jerry bolted upright and gasped. His heart hammered as he seized his sweat soaked chest.

Mrs. Weaver reached under the covers. She pulled Jerry’s sweaty hand over to her belly. Her hand pressed down on his. She held it there. When had either last reached for the other under the covers?

“So damned grateful we can’t have children.”

“We don’t know that for sure. Maybe the doctors are wrong.”

“I shoot perfect blanks. You know that. Fire at will. That’s what Dr. Pettibone told me.”

She stared at the ceiling. Jerry was oblivious to his hand being pressed into her rounding belly. She continued to snug down on it.

Mrs. Weaver knew Jerry was set to commence, with customary vapidity, another of his unwavering string of days. Coils would be sold. Jerry would account for them. The sun would climb. Perhaps it would burn away the haze enough for Mrs. Weaver to think. Maybe clear it up just enough to figure out what the closet pisser across the street was pulling this time.

They really needed to talk.

William Burtch has recent work in American Fiction Volume 17, an anthology of New Rivers Press, and was a finalist for the American Fiction Short Story Award. His writing has been published in Barren Magazine, BULL, Northwest Indiana Literary Review and other journals both in print and online.