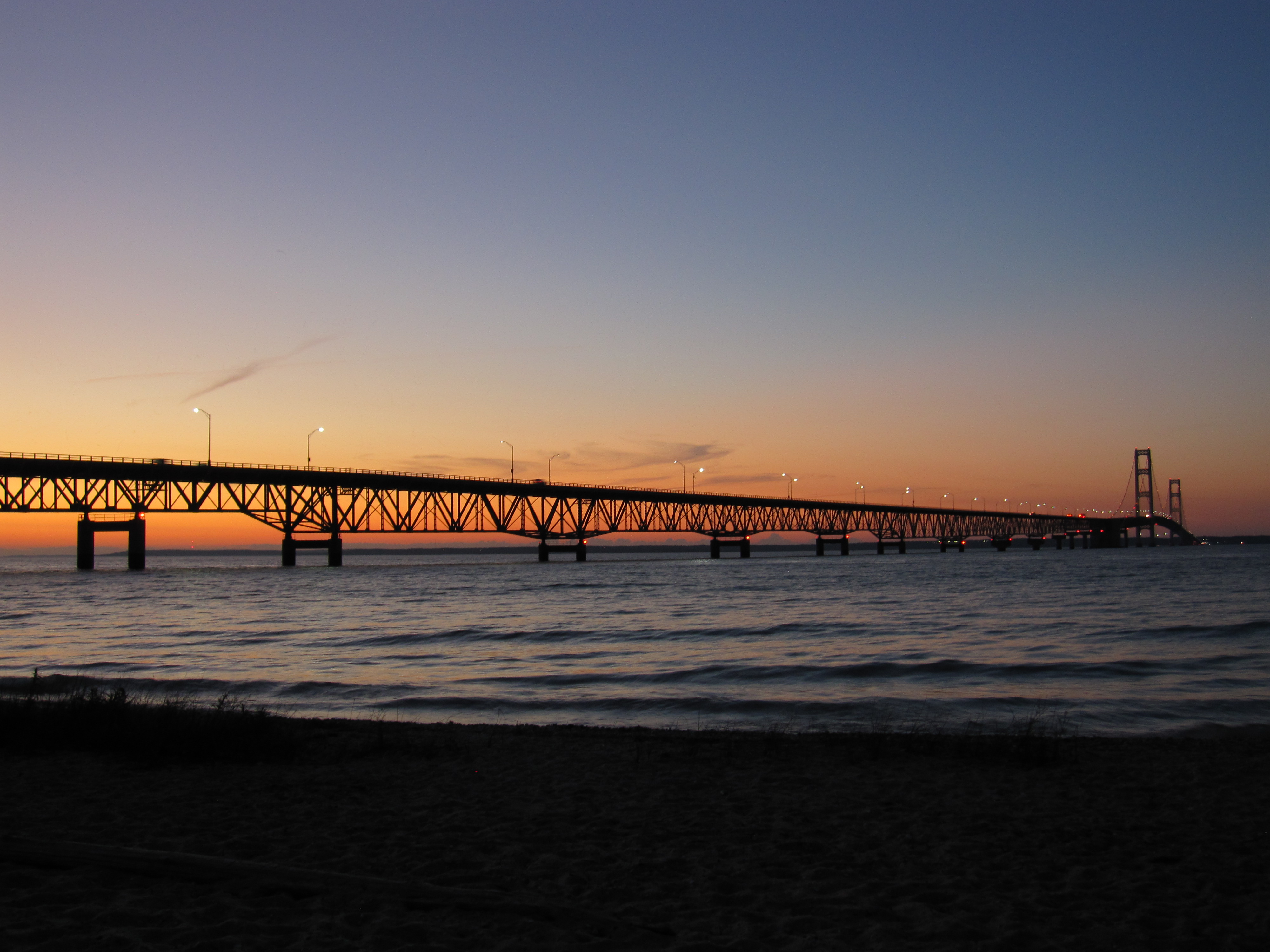 This is the first place winner in the 2017 Narrative Map College Student Writing Contest.

I settle down on the beach near the Old Mackinaw Point Lighthouse and take my camera out of its protective case. The sun has just begun to set over Lake Michigan, the first tendrils of pink reaching across the sky, and I want to capture the moment.

I stand for a better angle and take a couple photos, then sit back down to make sure I’ve gotten the lighting right. I adjust the camera settings and stand to try again. This quickly becomes a pattern; I want to get the perfect picture, but each new one is better than the last. After a few minutes, an elderly man shuffles up to me. He is wearing worn suspenders over his faded plaid shirt, and he adjusts them before lowering himself to the sand with a grunt.

“You can’t get the sunset with that thing,” he says, gesturing to my camera.

I clutch it protectively to my chest to shield it from his criticism. It’s old, sure, but it still works just fine.

The man grins. “I mean the sunset’s not just about the colors,” he says. “Sunsets are experiences. To see a sunset, truly see it, you’ve got to put the camera down and just watch.”

I can’t stop the skeptical look that spreads over my face, and he chuckles.

I shrug. Why not? I think. I’ll have other chances to take pictures.

“Okay,” I tell him and lower my camera. I dig my feet into the sand to feel the cool grains between my toes, and I watch the sun set.

The soft pink gradually expands to fill the whole sky, bleeding into the streaks of brilliant orange that appear. Then the clouds ignite, a slow burn that begins at the horizon and spreads to the nearby sky until it is blazing red, silhouetting the Mackinac Bridge in front of it. The waves beat rhythmically against the shore and a sudden gust of wind whips at my hair. All the sensations build in my chest, creating an urgency I don’t quite understand.

The sun begins to disappear below the horizon, slipping lower with every passing minute. The sky softens, and the world begins to calm. The waves lap more gently at the shore and a soft breeze kisses my skin, bringing with it the comforting scent of the lake.

My hands lie slack in my lap, and the camera has slipped off to the side, forgotten. I let out a breath I hadn’t realized I was holding. A sense of peace replaces the urgency, as though I’ve found the answer to a question I don’t remember asking.

The elderly man nudges my arm with his elbow. “Yeah,” he says, “you get it now.”

And so I sit on the beach while the sky fades to deep blue, then black, until the mosquitos start biting and the water sparkles with the reflection of the lights on the bridge.

Often sunsets make me feel tiny and insignificant, unworthy to witness their glory; but tonight I feel like I’m part of something amazing.

My camera beeps nearby, reminding me of its presence.

Power off? the screen asks.

Yes, I confirm, and smile.

Rebekah Glupker is a Writing major at Grand Valley State University. She has spent a week in the Mackinaw City area with her family every summer for as long as she can remember, and its beauty inspires much of her writing. She has not yet been published, but is currently readying several pieces for submission to school publications.