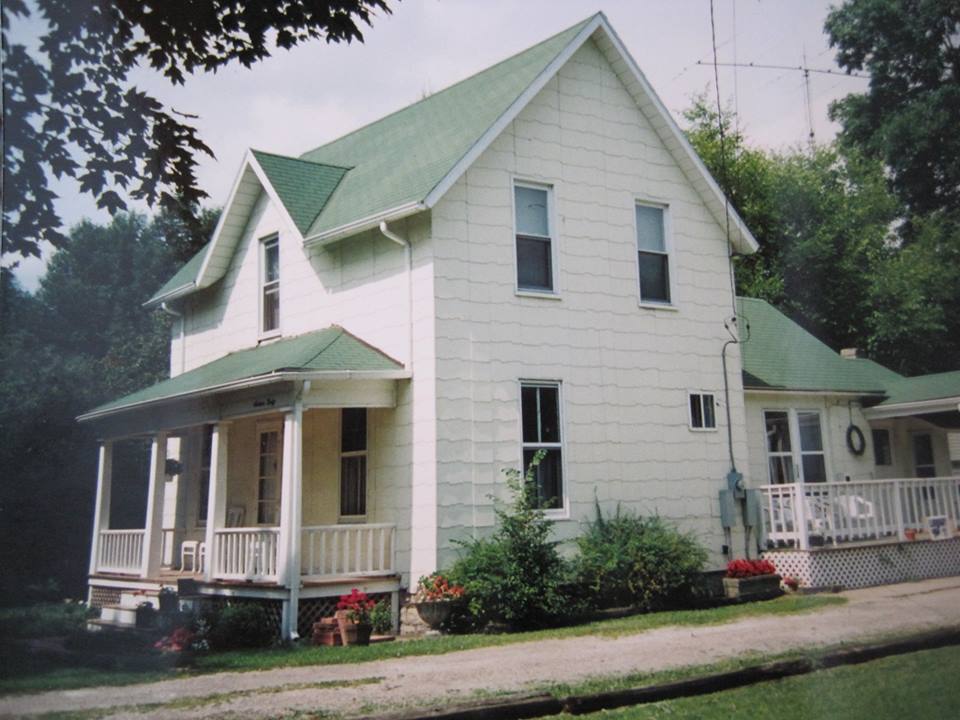 Ten years in the UK may have dulled my accent but I’m still easy to identify as an outsider. Meeting people always involves a discussion of geography and barely disguised disappointment when they find out where I’m from.

“Really! I love the US, where are you from?” Their eyes will be bright when they ask this. They want you to say New York City. They spent an amazing week in New York City once. They want to tell you about it.

So when you say “A smallish town in Michigan, north of Detroit,” their face will fall just a bit and they’ll say, “Mitch-igan? Where’s that.” And then you’re obligated to educate. Well, maybe not obligated, you could just change the subject or walk away, but the you here is me and since I like to know things I assume that other people like to know things too. So the you that is me will hold up your hand and say –

“Mish-igan is the state at the top of the country, by Canada, that’s shaped like a mitten,” incline your head towards your hand here, “I’m from the knuckle at the bottom of the thumb, the town I grew up in is Port Huron. It’s at the bottom of Lake Huron which isn’t like the sissy lakes you have here, it’s massive, you can’t even see across it in most places.” And here you throw your arms wide in order to express the immensity of a lake you only truly understood to be immense after you moved.

They might ask you more questions, more likely they’ll tell you about that week they spent in New York. But you, if you’re having that kind of day, will find yourself adrift, lost in memories and all the things you don’t say when someone asks you where you’re from.

You don’t say anything about the sticky summer days spent picking up caved-in rotten apples from the side yard. How you wore cut offs and a sparkly pink Andy Gibb t-shirt as you dodged bees while tossing apples into the wheelbarrow, shaking brown apple muck off your hands and wondering how many million more hours it would take to finish.

You don’t mention the thick August evenings spent sitting on a friend’s front porch where you drank cheap beer and smoked cigarettes and talked to a man who believed the Freemasons had turned the Blue Water Bridge into a landing pad for aliens. You spent hours there watching kids circle on their bikes, savouring the last dusky moments before they were called to bed.

You don’t say anything about walking home from the bus stop at the end of the road in your snow suit, gray and pink, and how you would leap from the roadside into the snow drifts that formed each winter. The snow came up to your chest and your friends pulled you out by the arms.

Your cheeks were red and your laughter was white puffs in the air. You all took turns leaping into the cold the whole way home. You also don’t say anything about hooking your Walkman into the waistband of your jeans and riding your bike down streets dappled with sunlight the quality of which you’ve never seen anywhere else. The shadows of leaves passing over your bare arms as you rode to the concrete slabs under the bridge where you sat smoking menthol cigarettes and writing poetry about your stupid broken heart as freighters passed by, making their way to places

Why bring up your first cigarette? Smoked the week after graduation on the swings at Lakeside Beach with an old friend who always smelled of roses. The two of you staring out at the black night-time lake wondering where the next few years would take you. You talked about how everything was about to change as fat stars shone overhead and the lake stretched out forever. unknown.

They wouldn’t care about how you used to go school shopping at Sperry’s, the department store downtown with the elevator operator who took you to the mezzanine full of stylish girls’ clothes. The pharmacy across the street where you got your ears pierced with fake diamond studs, a pain you still remember so clearly and fondly. Sperry’s is a shell now, the pharmacy has been at least ten different shops. The latest iteration sells moccasins and dream catchers. You never go in. The melancholy would choke you.

You don’t say a word about how hard it is to go home now. About the jitters you get on the airplane making it impossible to sleep. About the tightness in your chest when you come to the end, the actual honest to God end, of I-94 and memories flood. The boys who called you a dyke because of your short hair, the girl who followed you down the hallway in eighth grade threatening to kick your ass because you wouldn’t let her copy your answers in Home Ec (Home Ec!), the friend who died on the bend of a beautiful hilly road one March day, your first car totalled on the corner of 17th and Howard and how you were convinced your father would yell, your father who isn’t there anymore.

In that moment the girl you were collides with the adult you’ve become, forcing you to shake the brown apple muck from your hands decades later. And you don’t say how it’s all worth it because in a few turns you’ll be at your mom’s house where you can hear the waves and there will be cookies and coffee and hugs and the lights from the bridges will shine into her living room when the jet lag wakes you at 4:30 in the morning.

You don’t say any of this. It’d take too long and you’d feel corny and they wouldn’t care, because when will they ever visit some random town in a mitten shaped state, it’s not New York City, you know?

Carolyn Kohl grew up in Port Huron, but lives in a London neighborhood called Nunhead now (for an actual beheaded nun). She has an office job where she does not use her English degree from Wayne State University, but she does read a lot of books and write a lot of stories.