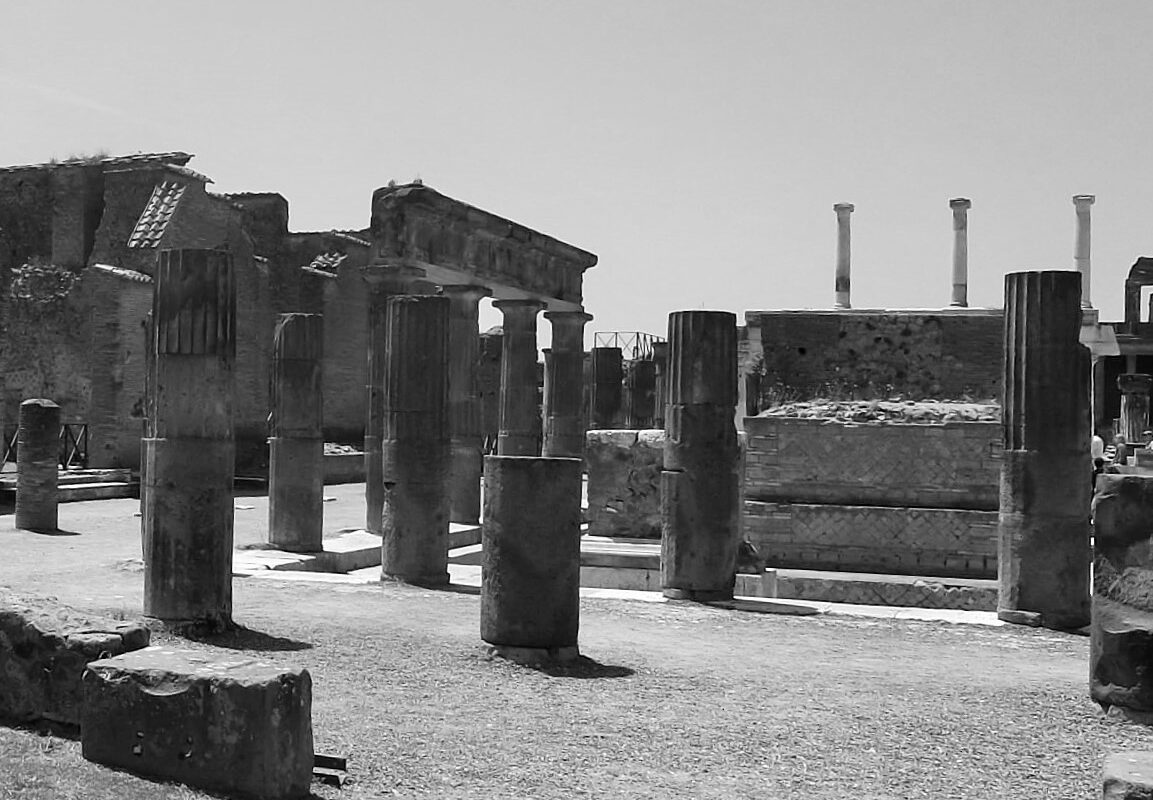 You’ve come to think of Palermo as a city of doors.

There’s nothing hidden about Palermo’s doors. Doors back home are often hidden behind gates, concierges, no solicitation and no trespassing signs. Where you live, doors sit far back from roads and pedestrian pathways. Touching a door means you’ve trespassed already on another’s property the length of a driveway, concrete walk, or expanse of manicured greenness kept to uniform length and texture by more potable water than seems ethical to use for such purposes.

Now, this hazy Sunday morning, watching ribby street dogs slurp shallow puddles near a public fountain—marble faces of satyrs or naiads spitting sparkling streams from stone mouths worn smooth by centuries, water pumped from surrounding ocher hills via aqueducts patterned after Rome’s patterned after those of the Etruscans (those enigmatic ancient nudists)—you’re suddenly ashamed of home’s verdant suburban acres of buzz-cut lawns in ways it never before occurred to you to feel.

Rome is where you first noticed Italian doors. Doors spiked and hammered with metal protrusions. Doors sporting high round knobs big as cabbages, or massive iron rings too heavy for a casual visitor to lift with both hands. Doors with cunning smaller doors cut into gigantic frames, and smaller doors cut into those, so you watch grown adults duck and wiggle through clown-car apertures without a moment’s ungrace or self-consciousness. Rome hardly felt real, a caricature of itself too much like the Vegas casino where you once attended a wedding: all painted clouds on soaring ceilings; all gilded wood, and naked seraphim frolicking in azure fountains, fantasy the top-shelf commodity.

But Palermo is real.

In Palermo, stippled marble squares paving twisting streets make for uneven walking. You’ve slipped more than once, even in the wide flat practical walking sandals you suspect announce you as a tourist more blaringly than your shorts or even your camera, or the way you look up as you walk, jaw unhinged at carvings and crenellations, at peeling shutters, crumbling wrought metal balconies on even the humblest edifice—

No, who are you kidding? Sandals, shorts, sunburn, slack jaw: it’s a cumulative effect.

You can’t help it. The time-worn marble seems continually miraculous, visible proof of the city’s age. Marble is so durable, you can scarcely conceive how many soft slaps of human foot it has taken to bow these stone steps, how many casual brushes of hand to wear flat the nose of that winged lion in the shadowed corner of this small piazza. You can no more properly grasp such numbers than rightly figure the particles in a glass of milk, or the number of calcified drips it takes a cave to build a stalactite the size of your thumb.

Saturday morning you ventured to the city’s famous market, a vibrant arterial ribbon winding through Palermo’s twisty intestinal middle, bright and colorful and choked tight. Commerce here confuses you; a man yelled at you for touching figs you intended to buy. You’ve since realized you don’t get to pick your own fruit, and it baffles and rattles you the way few other things would.

Also strange—and disappointing, you can’t help admitting—is the relentless ubiquity of cheap import goods on every table on every corner of every market street: identical plastic sunglasses; knockoff purses with almost-famous logos; T-shirts with senseless random slogans and American flags and Union Jacks (not a single maple leaf, you note). Really, it’s no different than markets from Texas to Toronto, from Broadway to Brooklyn. . . . And why should it be?

Saturday night you fell asleep to the distant whistling puff and crackle of public fireworks, the thousand rickety market tables folded away behind seemingly infinite doors limning alleyways and dead ends, overtly distressing human-sized fish flayed and displayed for purchase put away or sold (you imagine friends back home buying fillets in hermetic grocery plastic, insulated from the headless piscine torsos thick as human bodies, severed necks the same meaty width with marrow-red cores as the spines of their mothers, their children, their neighbors).

The evening had been magical, the way twinkling lights and pink cloud streamers and accordion music lilting from distant piazzas can be termed magical. At last you’d understood the baffling number of gelato stands, now packed, people relaxed and together, fathers and daughters, handsome young toughs with their grandmothers, sweethearts, all promenading side by side, smiling as twilight deepened and dusk gathered. You crawled into bed exhausted but satisfied with your long day, just as locals headed out for supper.

Sunday morning you really notice the doors. Open, they have been invisible, dress shops, trattorias, hair salons, bookstores, tobacconists visible in their stead. Closed now they make rows of doors, walls of doors, a city of doors. Some stand slivered ajar, revealing dim mysterious courtyards paved in ancient flagstones or modern concrete or even ancient concrete. (Thank again those engineers of antiquity, inveterate pavers and builders and improvers of everything.) Earlier glimpses inside churches (sometimes indistinguishable from surrounding secular or residential edifices of plaster and stone) revealed their sturdy fairy-tale beauty, celestial renderings simultaneously earthy and ornate, gold and marble, armies of candles winking in cavernous gloomy opulence of even the most casual neighborhood place of worship—all like nothing you ever thought actually existed or might actually be allowed to touch with your mundane living hands.

But now, Sunday morning, even churches are hidden, doors closed tight against Sicilian noon, nothing to mark the previous night’s promenade, fireworks, or singing or feasting under outdoor umbrellas propped over narrow passages between one curving plastered wall and the next, washed pastel gelato hues. Only you and these few stray dogs litter the streets, and fluttering paper confetti from the night before. Your footsteps ring on smooth stones while you study the doors, the living city behind them hidden so wholly from your tourist gaze, it’s as if the architecture decides for itself when and if it ever need exist for you at all.

Zandra Renwick's genre-elastic stories have been translated, podcast, performed on stage, and developed for television. She usually splits time between an urban swamp in Austin, Texas, and a crumbling stone heritage manor in Canada's capital city of Ottawa. Her Prepandemic Travelogia comes from personal writings and photos of places far from the southern Ontario home where she currently isolates.

More at zandrarenwick.com or on various online haunts at @ZandraRenwick.