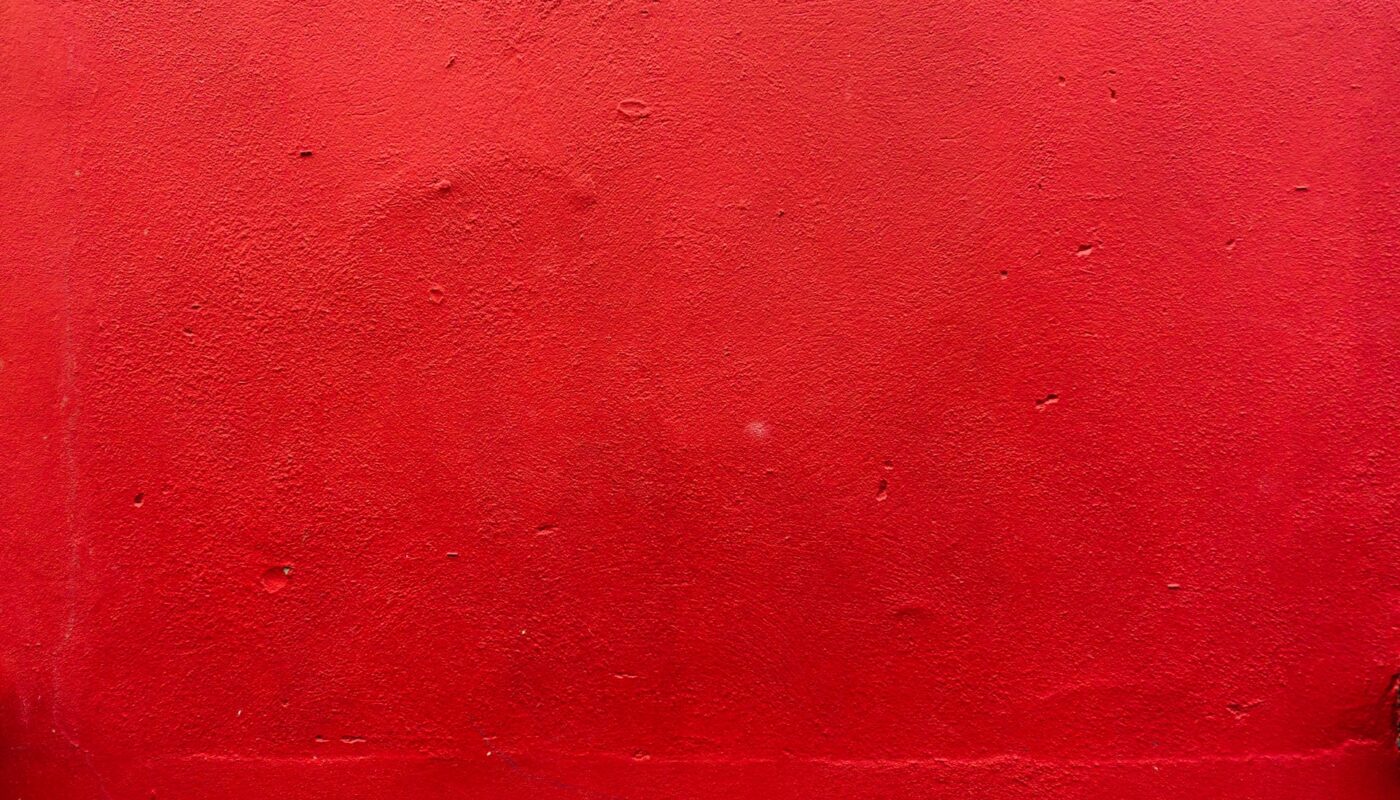 Jack Yelcher’s breakup speech caught Joanna off guard, especially when he lifted a hand to stop the waitress for another stout. Breakups were usually straightforward, and she often saw them coming. In this case, when she didn’t see it coming, the idea of sitting together through a whole other beer was difficult to reconcile. Unless Jack Yelcher had a long speech planned. She’d been enjoying their date well enough—his story of recording a 30-second ad about medicine for irritable bowel syndrome made her laugh—but was not in the mood to argue or fight for him. Breakups should be efficient.

Especially between two people within the three-month-relationship-trial period.

“Anything for you?” the waitress asked Joanna.

She shook her head. “Just a box, please.”

“One beer, one box,” Jack Yelcher said, as though the two women were lucky to have him there to summarize such complexity. Joanna and the waitress locked gazes for an instant and her affection for Jack began to unravel.

Jack used his broadcast voice in public, which embarrassed her because it caught the attention of far more people than the person whose attention he sought. Joanna didn’t like to think unkindly of others, especially a man she’d been dating for nearly three months, but Jack liked the attention his voice commanded. He brimmed with confidence—puffed up even—when its low-level octaves bounced around a room. The restaurant, which had buzzed with conversation, quieted as heads turned.

Jack Yelcher was not famous. His career was voice talent, or as Jack said, I am a voice actor. He pronounced it like act-tore, as if that added a level of sophistication. He’d never been recognized as far as Joanna knew.

“Not hungry tonight?” the waitress asked.

“I’m full. So much food.” Half a burrito cut crosswise on Joanna’s plate, fat like a baby pig. She didn’t tell the waitress, or anyone actually, that a neighborhood boy growing up in the Detroit suburbs once told her a person’s stomach would explode if they ate too much.

“One stout, one box. Ready for the bill?” the waitress asked.

“Not yet,” Jack Yelcher said, further confusing the issue of a breakup. To Joanna he said, “Such a little bird. Nibble, nibble.”

Joanna pulled her hands from the table into her lap. The leftover burrito would easily divide into three lunch containers to join the rest in her freezer. She hadn’t paid for lunch in the three years she’d lived in Chicago.

She decided to take the little bird comment as a compliment regardless of Jack Yelcher’s intent. Her thumbnail caught the edge of the bandage on her thumb and pulled it off; she slid it into the pocket of her jeans. The small gash edging the nailbed hadn’t healed enough for a satisfying scab, but she picked at it anyway.

Jack Yelcher must have never read about how American restaurant serving sizes averaged triple or sometimes quadruple the number of calories as a meal should. His weight fluctuated, which somehow worked in his favor. His jolliness added to his appeal, with dark brown eyes and pretty lashes.

She did not want to wait for Jack Yelcher to drink another beer.

“Joanna,” he said, looping back. “We have fun together. I know that. You know that. In terms of compatibility, we have a lot in our favor.”

Joanna agreed on that front. Jack Yelcher found interesting art gallery events and liked to explore new neighborhoods, starting with a restaurant and ending with an amble to whatever shop or pub beckoned them.

“But Jo,” he said, leaning toward her. The waitress returned with the beer and the box so he angled back and let her set down his glass. “You’re lacking the kind of agency I like in a partner.”

Joanna decided not to take chances with the food spoiling. She picked up the plate and flipped the burrito into the box. She swore it still weighed at least two pounds. Maybe four lunches.

“What do you mean?” She hadn’t heard the word agency used in this context. As a voice act-tore, Jack Yelcher subscribed to the dictionary.com word of the day email and frequently flipped through his thesaurus at night before bed.

She’d miss learning new words from him. Like persnickety. And now agency.

“You don’t make things happen for yourself. You let others make them happen. You’re not an ambitious woman.”

“Because I’m a social worker?”

“You won’t even go for supervisor.”

“I can’t apply for licensure until I’ve worked three years in the field. My interests are planning the programs and helping the kids enjoy them. I like my job.” Defensiveness had leaked into her response, which she hated. She’d also realized a moment too late that the supervisor position at the recreation center, held by Bonnie, hadn’t been open to go for.

“See what I mean?” Jack Yelcher said. He tilted his head. It was one of his more endearing gestures, but pitying someone who liked, maybe loved, their job was pointless.

“Not really!” The absurdity of his argument sent the slightest heat prickling up her neck.

Joanna allowed her attention to drift to the exposed brick wall. Such beautiful details in Chicago buildings. The ceiling remained unfinished, revealing the pipes and vents. The restaurant’s lights dangled from black squares mounted to beams with heavy-duty brackets. Joanna squinted at the rows of bulbs so they took on the shape of starbursts. So many starbursts.

“How about your inability to deal with your parents? Especially your mother.”

Joanna, who prided herself on her even temper, did not like the flare of adrenalin that sent heat all the way to the roots of her hair follicles.

“I explained to you first thing that the reason I moved to Chicago was to put distance between us. The distance is the point.”

“You need to confront them,” Jack said.

“About what exactly? You don’t know them.”

“At least have the agency to break ties. Make your stance known.”

“If you don’t even have a stance, you’ve obviously buried it. What good is that going to do?”

“There is no peace when it comes to family. How can you not know that?”

“Maybe not in yours,” Joanna said, realizing that Jack, an only child whose parents lived in Naperville, spent a good amount of time on the phone with his own mother, educating her on the ingenuities of public transportation in the city and chastising her for being tricked by the dairy industry into thinking it was important to drink milk.

“We’re talking about yours,” Jack said.

Her nail bed ached as she found the edge of the scab and pried it loose. Releasing it came with the sweet liberation of pain. Without needing to check, blood pooled.

“What about your beer?” she asked.

“Don’t be embarrassed. It’s a matter of compatibility. You did nothing wrong.”

She slid from her stool, careful to not stumble.

“I wouldn’t,” Joanna said, irritated. “And I’m not embarrassed. I know I did nothing wrong.”

Jack extended his hand for a shake. Joanna took it and watched his thumb disturb the ruby droplet of blood. He pulled his hand back and inspected the smear, startled.

Joanna pretended not to notice. She cradled the box with both hands, certain the restaurant patrons had noticed her being dumped. Thankful for her mother’s nagging about good posture, she strode across the restaurant with her shoulders down and back. She pushed out the door. The crisp wintery evening blew her hair from her forehead. She turned the wrong direction to avoid passing in front of the window.

Jack might be watching to see whether she’d started crying. She hadn’t. She wouldn’t. A relationship within the three-month period warranted disappointment at best, not tears. She liked Jack’s wit and intelligence. She liked how he kept busy every day. She didn’t like unwarranted pity. Or being broken up with in a public establishment. Not one bit.

But at the end of the block, she pushed the box into the crook of her elbow to inspect her thumb. She loved the color of blood; only now, it had turned the darker shade caused by coagulation. She grasped it and squeezed as hard as she could until fresh blood rose and flowed.

No matter the doctor had called it a compulsion. All she wanted was that private, solitary space in her mind where her life became a blank page as she inflicted bursts of discomfort that matched the ache inside her. She’d have to reevaluate her three-month-relationship rule another time.

Photo by Jason Dent on Unsplash

Beth Uznis Johnson’s writing has appeared in Massachusetts Review, Broad Street, Cincinnati Review, Story Quarterly, Mississippi Review, Southwest Review, Gargoyle, the Rumpus, and Best American Essays 2018. She was the recipient of the 2017 McGinnis-Ritchie Award from Southwest Review and a finalist in the 2019 Mississippi Review fiction contest. She has an MFA in fiction from Queens University of Charlotte and writes from Suburban Detroit. See more of her work on her website, or follow her on Twitter and Instagram.