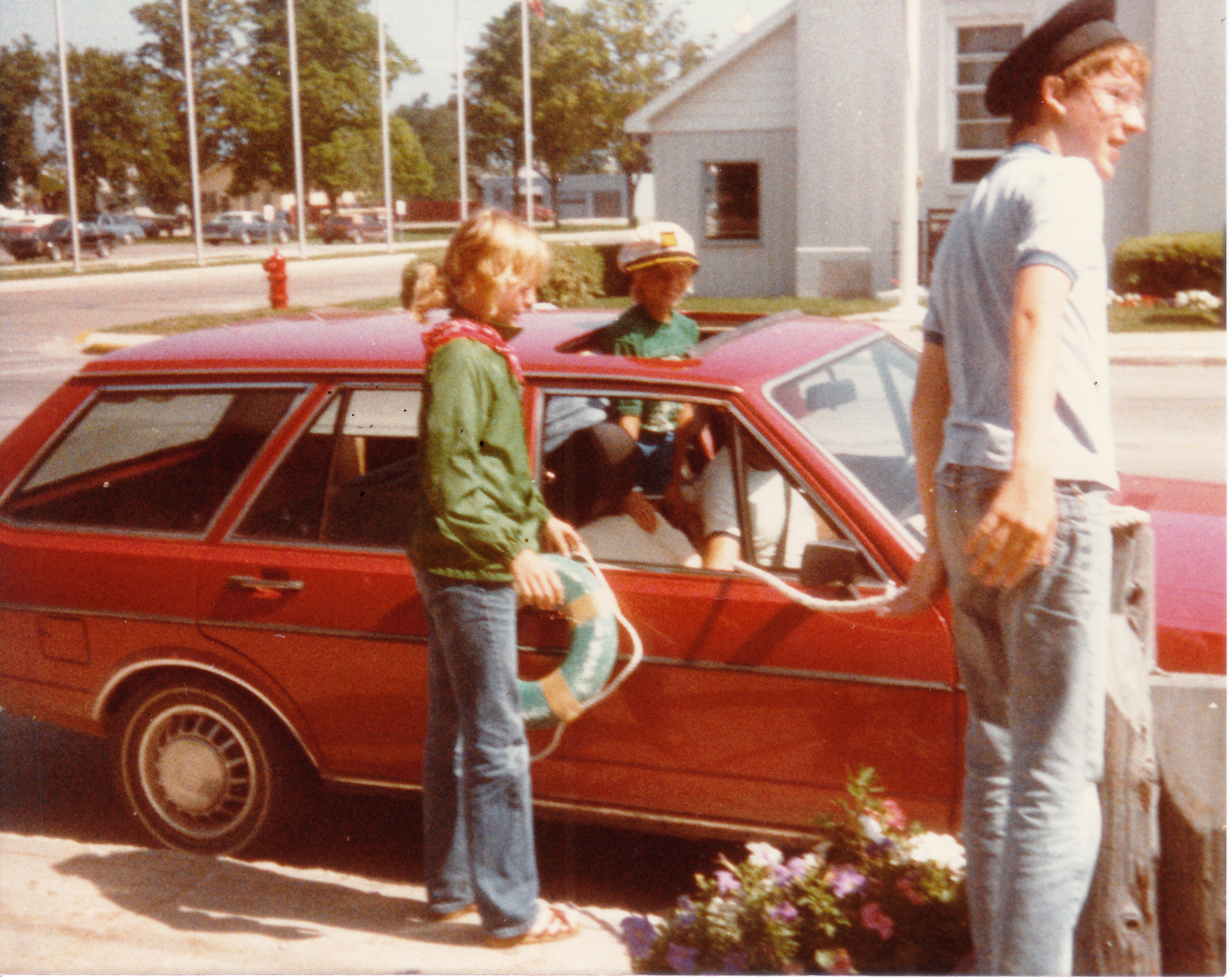 What can I tell you about Rogers City? It’s not my hometown. I can’t tell you what it’s like to grow up, go to school, or work there, let alone survive a winter there. What I know comes from “going to town” every summer of my life while vacationing at a beach on Lake Huron about 10 miles northwest of Rogers City, which my family has been visiting for over 80 years.

There’s a sign on the garage at the cottage that says “Heaven,” and when you get there you never want to leave. But by the next day you will need milk or beer, or you will want bacon or donuts or to see Mary’s new baby, and you will have to go into Rogers City. “You can’t go to town and back in less than two hours,” Aunt Lois always said. It’s not quite true, but not a bad estimate.

Michigan’s Lake Huron shore isn’t as wealthy or busy as the resort towns along Lake Michigan, but the tourist trade styles the area as the Sunrise Side of Michigan. Folks make the best of what they have. Rogers City long had the only stoplight in the county, and now I hear they may get rid of it. On the other hand, it has a marina, an art gallery, a Chinese-Thai restaurant, and an organic, artisanal café. But the chamber of commerce could tell you that.

It’s been known as the salmon capital on Michigan, formerly the petunia capital of Michigan. Once it held the record for the world’s longest sausage. It was the home port of the freighters Carl D. Bradley and Cedarville before they were shipwrecked on the Great Lakes. Today its population is probably not much more than half what it was in the mid-20th century, but it also has a nice historical museum, and you can check my facts there.

Rogers City is the home of the world’s largest limestone quarry. What I can tell you that you won’t get from the chamber of commerce or the historical museum is this: when you’re driving into town from the north, once you pass the state park the highway runs along the lake, and you can see the tower of the limestone crusher across the harbor, more than five miles away. The first person to see it and scream “I see Calcite!” wins.

They don’t have a hospital anymore in Rogers City, but they do have McDonald’s and Subway. Nowicki’s sausage shop closed long ago, but Grulke’s hardware and Richard’s clothing still hang on a few blocks away. The Mariner’s Mall in the center of town—where the IGA and the Ben Franklin and the drugstore used to be—is almost empty. Most of the stores are out on the highway now: Rite Aid and Glen’s Market and Ace Hardware.

Things change. Dime stores have given way to dollar stores. The library has wi-fi, Plath’s ships smoked meats all over the world, and the movie theatre held a fundraiser to purchase digital projection equipment in order to stay open. Greka’s Tavern admits women now.

The new International Sports Bar is in a new beige-sided building that looks bigger than necessary, like it’s wearing an oversized trench coat. Before the fire it was the two-story white clapboard International Hotel and Bar, which at one time had rooms upstairs for short-term rental.

When my mom was a kid, the family stayed at the beach all summer, except that my grandfather went back to Detroit to work during the week. My grandmother didn’t drive, so once when she needed some groceries, she asked a neighbor, Al, for a lift. Al went to town every day anyway to go to the bar. He always wore a white shirt and tie, and although he cussed a lot, he was very shy. On the way to town, Grandma realized she’d forgotten her purse and asked Al if she could borrow some money. He said sure. In town, he suggested they stop for a drink before going to the store, so they went to the International. After finishing his drink, Al turned to my grandmother and—apparently having no idea how it would sound—said loudly, “Well, Katie, how much money do you want?”

In the early 1980’s, Rogers City declared itself the Nautical City. They turned two blocks of Michigan Avenue into the Avenue of Flags, commemorating the states, nations, and companies involved in Great Lakes shipping. Businesses sprouted up with names like the Buoy, the Driftwood Motel, the Port of Call, the Lighthouse, Nautical Lanes, and Dockside Printing. The city installed weathered wood pylons along the sidewalks and mounted a large ship’s wheel on the side of the Mariner’s Mall.

My family commemorated the birth of the Nautical City by ceremoniously docking our Volkswagen in front of the bank. We donned a collection of sailor hats from the dress-up box, hung a life preserver out the window, and went to town. As my dad pulled slowly to the curb, my youngest cousin, wearing the captain’s hat, stood up through the sun roof and gave commands. Her sister and my brother hopped out and looped a rope over a pylon. As the oldest and a teenager, I stood at a distance, taking pictures.

You can always find something to do in town.

Editor’s note: As the good folks at Nowicki’s Sausage Shoppe have pointed out, they have not closed up operations altogether, but are still open Alpena, Mich.

Kathryn Almy is a lifelong resident of the Great Lakes region. She was born in Detroit, raised in suburban Chicago and has now lived in Kalamazoo for over 20 years. She is a freelance writer whose profiles and features appear regularly in Encore: Southwest Michigan’s Magazine. Her poetry has been published in several print and on-line publications, including City of the Big Shoulders: An Anthology of Chicago Poetry, Shady Side Review, The Smoking Poet, and Willow Review.