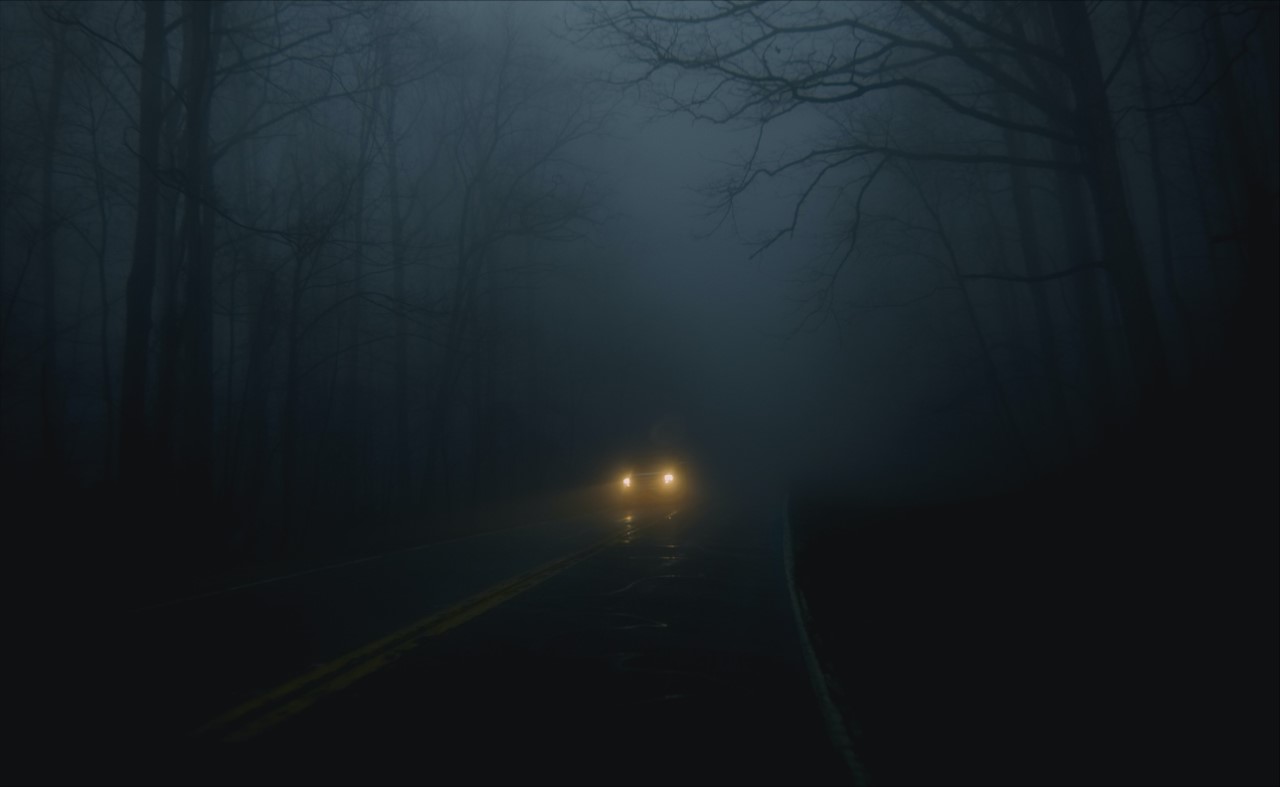 They only needed things to slow down. The days felt shorter after they paid tuition for Kayla’s first semester at Ohio State, and winter only quickened, darkened their time in a house without their daughter. So when Mike said the truck zoomed around the bend of the road for the third time, those Wertz boys going at least fifty with no headlights, Liz grabbed the flashlight and looked out the front door window. It was dim and cold, the last bit of gray-blue light fading behind the tall brick houses with basketball hoops and unlit Christmas lights. Liz had fretted over their daughter driving home in the dark, the same worry she had after Kayla got her license a couple of years ago. The white truck was five doors down at the Wertz’s place. She kept watch.

“Liz, just don’t,” Mike said. His black sweater had a tiger on it, the high school Kayla played sports at until she graduated, and an orange P was on his black ball cap. He flipped through the television in the kitchen, peanut butter blossoms on the marble countertop, and checked college football scores. “Those Wertz boys have never listened to anyone.”

“Someone’s going to get hurt,” Liz said. She turned off the foyer light and clicked on the flashlight, bright circle on the wood floor, then on the maroon rug of ornate patterns. She had just finished a five-mile jog, her sweaty dark hair in a ponytail, black leggings, light blue sports fleece. “I’m going to flag them down and let them know they’ll get somebody killed.” She turned back to the street, daylight almost gone. “No headlights.”

“I’m about to flag you down,” Mike said as he removed his hat and walked over to her. He took the flashlight and pointed it up at their chins and leaned into her. His hand smoothed the small of her damp back. He shut his eyes when his face passed over the light, neared her lips. She backed out of the beam.

“Stop it, Mike,” she said. “Kayla will be here soon.” She turned to the window, the light on their shoes. “I’m gross right now anyway.”

“You’re not gross,” Mike said. He moved away from her and stood at the other side of the window, staring at the bare tree in the Wertz’s front yard, waiting for her to say thanks, say his name, say it soft and slow. A few houses sparked with red and green and white lights. The front yards were matted down like his hat hair, no snow, just flat and dented. “Okay?”

“Okay,” she said, watching the truck. “Who raises kids like that?” She glanced back at Mike. The flashlight danced along the wall of picture frames: their wedding, Kayla in her basketball uniform, beach vacations. “Pretty soon those boys will be out on their own. Going on before you know it. And it’ll be too late talking any sense into them.”

They had lived in the house for nineteen years, moved in just after Kayla was born. Their daughter averaged ten points a game, brought boyfriends and teammates over for dinner, got caught with a bottle of vodka under her bed two summers ago just before their annual trip to Florida. She was a good kid, worked hard and had fun, but not too much fun to worry them like those Wertz boys.

“Why do you say things like that?” Mike said.

He held her clammy hand. Shadows of their interlocked fingers appeared in the flashlight. She kissed his knuckle.

“Where’s Kay?” Liz asked. She smiled after looking at the basketball hoop in their driveway. “We’ll have to play Around the World when she’s here.”

“I’m not playing if you two keep making up your own rules,” Mike joked.

They laughed as their hands parted out of the beam. The nineteen years of their daughter drifted from them, ebbed away like the tides on their vacations in Florida; the week of sunburns and sandcastles and beach jogs was always never enough. Liz and Mike eyed the driveway as if Kayla dribbled a basketball there now, practicing foul shots before supper.

“Kids grow up too fast these days,” Mike said.

He was about to ask if the two of them were any different from Kayla, if they grew up as their daughter did and forced that pace upon her with talks of college, jobs, futures. The thought made him wish he could return to one of Kayla’s basketball games to tell her something else, something he didn’t have the exact words for, but felt Kayla would understand anyway.

Liz thought about what Mike said, too, all those years raising Kayla. Now what? Was this their life, yelling at the neighbors for driving fast? It was too late for another kid. She turned around and scanned the dark stairs with the flashlight. How many times had she carried her daughter up those stairs, walked her to bed, hugged her at the bottom step?

“I thought I heard something,” Liz replied, turning back to the window. “There they are,” Liz said. She opened the front door and rushed across the hardened grass, waving the flashlight over her in the dim cold.

“It’s dark, Liz,” Mike said. He stopped halfway across the yard, his wife by the road, flashlight to heaven.

Whooping, hollering, the long-haired Wertz boys piled into the truck and backed out of the driveway, burned rubber, headlights off.

They sped toward her. She took another step in the road. The truck accelerated.

Truck coming, she dropped the light, darted for grass. The flashlight shattered and the truck vanished over the bend. Mike wrapped his arm around Liz as they looked at the dark road. No headlights were on the way. She cried.

Photo by chmyphotography on Unsplash.

Tom Roth is an MFA student at Chatham University in Pittsburgh, Pennsylvania. His fiction has appeared in Fictive Dream, Foliate Oak Literary Magazine, Riggwelter Press, and elsewhere. He grew up in Canton, Ohio.