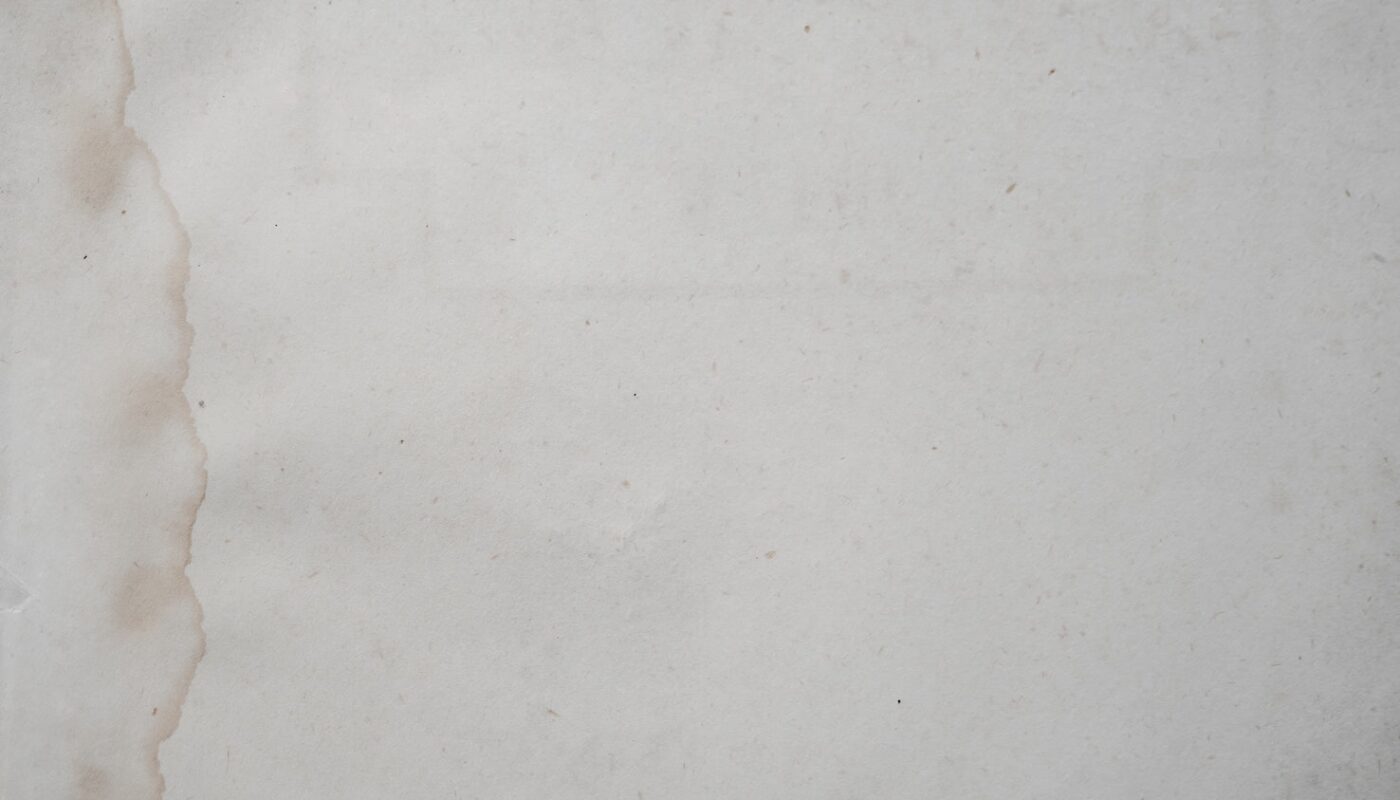 My grandmother used to repeat the same old stories, over and over again. She would sit in that old green armchair, so much like my father’s at home and talk. And we would sit on stained couches, surrounded by walls oozing residual cigarette smoke collected over the decades, and listen. Or in my case, pretend to listen.

I didn’t understand how much it mattered, that these moments were so finite, so easy to slip away. It was a symptom, these rambling stories, my father said, an easy way for her to keep some sense of memory, even as the rest of her brain struggled to make sense of things. The stories seemed like lies, exaggerations, fabrications concocted out of whole cloth and chemicals. But they were not, he told me. They were all mostly true, a few details switched around, a few names invented, but the basics were all there.

We had come to Indiana on the train, a long journey from California, first over the mountains, then the deserts, then the mountains again, and then the prairie, long, endless, miles of nothing but grass and sky. Our first day in Indiana was not a good one. The train was overbooked, and we were shunted to a dining car whose air conditioning never kicked off. We shivered in a little booth as the train inched along the tracks to Indianapolis.

We checked into a hotel across from the train station, which are never the hotels you want to check in to. The sidewalk smelled like piss, but the television in the lobby was playing the scene from Jurassic Park where Newman gets killed by a dinosaur with flaps on its neck.

The next day, my second cousin, who I called my uncle, picked us up and drove us the twenty miles or so to Shelbyville. The area was still farmland, stretching from city to small town, a place that anywhere else, would have been a cookie cutter suburb.

We spent most of our time with my grandmother. She lived in a senior apartment complex that was older than the ages of its residents combined. The floor was carpeting, the ceilings were popcorn, and the windows looked out on a strip of burger joints and traffic lights.

She would sit, leaning forward in that chair, the cheap light sharpening the angles of her face. She was bone thin, the skin hanging around her skull, her hair, permed and gray, rising from her head.

“You know little Gary,” my grandmother told my father. “He’s not actually your brother. He’s your nephew.”

My father nodded. He knew the story. He knew all of the stories, even if he would never re-tell them.

My grandmother continued. “Your sister, I never liked her husband. He was a sloth, as lazy and large as Satan himself.” She chuckled. “Robby couldn’t take care of him on her own. She had scarlet fever; you know. Was never right in the head after. So, we took in the baby. He was named after my son. Gary Gene and Gary Eugene.”

My father nodded and didn’t tell her he was Gary Gene. I think she both knew and didn’t know. She knew the man sitting in front of her was her son, but she also had another son, the one from these stories, the young man who had left in a brown uniform to board a clipper ship decades before.

My grandmother changed tracks. “You know when I was a baby. Me and my brother, we came home from school one day and the house was empty. No one inside. Nothing.”

My mother looked to my father. He nodded. Yes, this too was true. Or true enough.

“We looked everywhere. But where could they have gone? The car was gone. It didn’t work well, not after Pa hit those cows.”

This was the only story I had heard before. My grandfather, sometime in the early 1920’s had been driving, and struck three cows with his model-T. I have no idea how this could have happened, just physically. I imagine a dirt road through a cornfield, just as the sun was setting and visibility was at its worst. But how could he have hit three different cows?

Had he barreled through three cows all lined up in a row, knocking them off the road one by one. Had he hit one cow, which hit the other, which hit the third, a veritable bovine pinball? Or had he clipped one cow, spun his car, a glancing blow into the second cow, before slamming headfirst into the third? I always assumed the cows died, or the car was totaled. But they made cows and cars sturdier back then.

I asked my father about it once. How his grandfather could have possibly hit three different cows in one sitting. “I think he was so drunk he hit one cow and saw triple.”

That was the single thing I knew about my great-grandfather before this conversation. My grandmother continued, passing the cow story that I really wanted to hear.

“We couldn’t find them anywhere in the house. Anywhere at all. A few hours later the neighbor came by, said we were going to live with him for a while. And we did. Lived with them for two years. Then…” She made to snap her fingers, but the arthritis didn’t allow it. “One day, they were back.”

“Do you know where your parents actually went?”

My grandmother shrugged. If she ever really knew, she didn’t anymore.

My father thinks they went to jail for some minor felony. My uncle, who is really my second cousin, thinks it was just a yearlong job that took them away. Neither of them know for certain. I will never know now.

My grandfather, apparently, had been no different, as my grandmother now told us. “He’d walk into town, run into his sister. She lived close, Clarabelle did. So she’d be out and about on the street. And my Hubert would just walk on by. He wasn’t angry or nothing, just didn’t have anything to say to her. And she mustn’t have had anything to say to him.”

I wonder now what my grandparents’ marriage could have been like. I imagine the priest asking, “Do you take this woman to be your lawfully wedded wife.” And my grandfather just nodding. Maybe muttering, but nothing so clear as a yes.

How had they gotten to know each other, raised a family? Hell, how had they even had kids? I picture a silent man in a nightgown, and then, I picture anything else.

My grandmother didn’t tell us then how he died. And maybe that is a small mercy, that the worst things can be pushed aside. The brain can forget the bad with the good.

Every morning my grandfather woke up, put on a pot of coffee and fell back asleep in his armchair. When my grandmother got up, she would have some coffee, and yell goodbye to him as she went to work. My grandfather rarely said goodbye back.

One morning, my grandmother woke up, noticed the coffee wasn’t made, and made it herself. She called goodbye to my grandfather, and as always, he didn’t reply. When she came home that night, she found him dead in his chair. He had died in the night, and she hadn’t noticed.

As she spoke about my grandfather, I noticed she focused all on actions. Never who he was or what he said, but the things he did, building a fence, killing a chicken, driving the old Coca-Cola wagon. Little moments in a life together, split over months or years.

All of the stories she told that trip were fragmented, quick Post-It notes written down without context. In the end, I think that’s all family history becomes, scrawled jots in fading ink on crumpled paper. We have our stories that were once real to us, and we lose them. Or else we hear another’s story robbed of all the context, a series of people dancing before their time to music we’ve never heard.

I think back to that trip and my grandmother often. We drove her around a little, up by the cemetery where her parents are buried, over to the church where my father was baptized and never returned, to the one-room schoolhouse, no longer in use, but still somehow standing against the elements. My grandmother was fairly unimpressed; these places had lost their meaning. But I swear I could see my father blink, just once, something caught in his eye.

On our last day, my grandmother and I went on a walk around her complex, with my mother standing in the background, giving us space, but making sure neither of us wandered off. The sun was out, but a few raindrops started to fall. “The devil’s beating his wife,” she said.

She didn’t answer and instead turned to me. “I want you to have this. It’s very important.” She reached into her purse. I wondered what it could be. Some ancient heirloom she’d had since she was a girl? Something of my silent grandfather’s or my cow-hating great grandfather’s?

She pulled out a small Happy Meal toy, a soldier with bendable legs and a square, plastic head.

I nodded and said thank you, like the good grandson I was.

I never saw her again after we left. And my father rarely talked about her, which was par for the course. I don’t know if he missed her, or if he was just fulfilling the family legacy. He made me play brain training games, trivia and sudoku to fight the other family legacy. Did you know Indianapolis is the largest American city built on an unnavigable body of water?

He returned once more to Indiana for the funeral. I imagine him passing the same buildings, the people in them long dead, only ghosts, of men, and women, and cows, haunting the ramshackle houses and winding dirt byways. I have never been back.

Now that he is gone, I wonder what else is lost, what things he might have seen, might my grandmother have told him, that will remain forever unsaid. And so, I write these fragments on scraps of crumpled paper so I can remember. Remember her. Remember him.

He did not die drinking coffee, like his father before him. He died eating eggs. And now I’m leery of breakfast.

Photo by Annie Spratt on Unsplash.