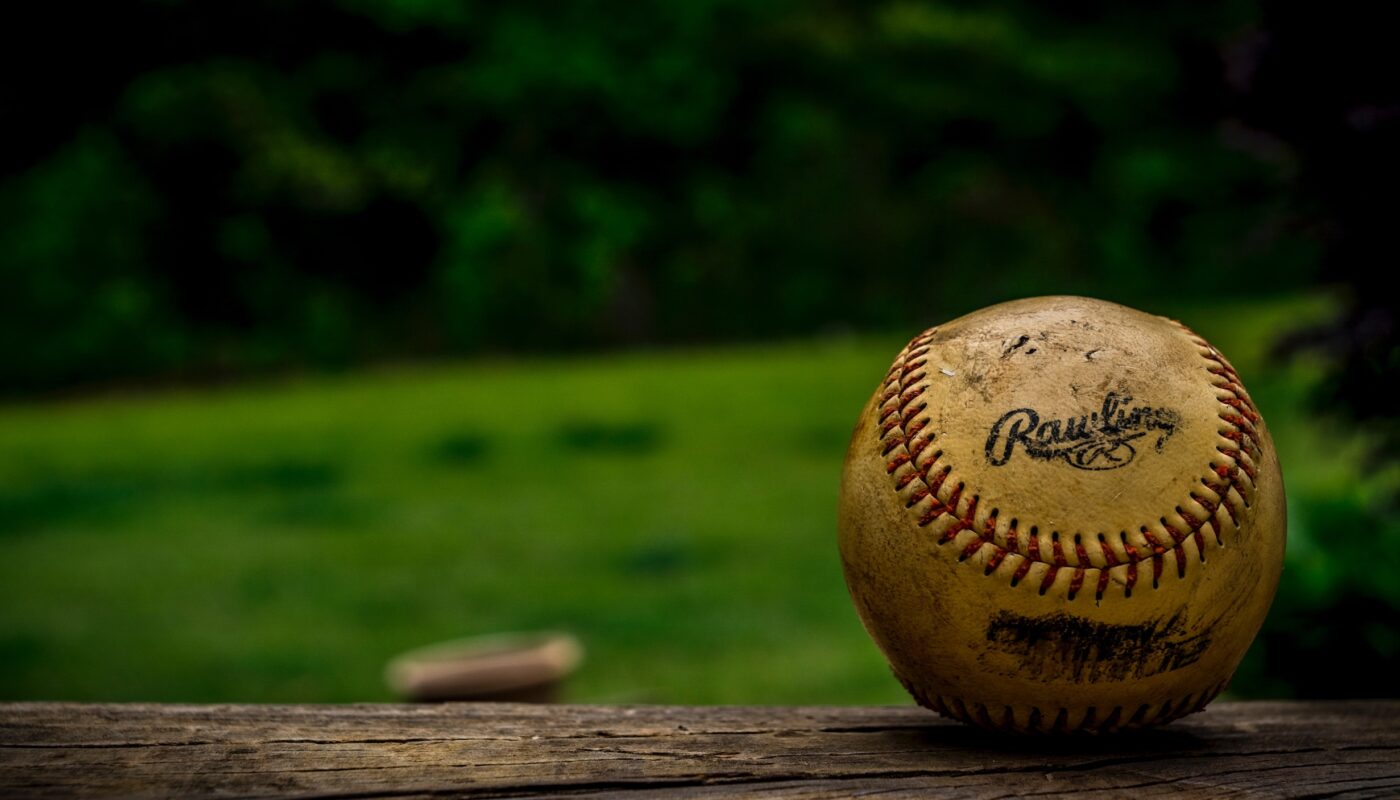 Sundays, the Old Man at the tavern, the boys ran free
and the neighborhood kids included them in the baseball

games that bloomed in the schoolyard, farm kids sharing
a single wooden bat and catching bare-palmed, the swing

of the arm saving the ball, and the hand. Joy smacks the skin
and leaves a brand in the shape of a ball come to field for you,

not yours but in the hand becoming yours, the schoolyard
expanding to include you. With the touch of bare palm,

with the swing, made one. This is the story he told me.
I was a child, and he was a father speaking to a child

becoming a mother, and as a mother I tell it to you,
pass this ghost on, with intent, that when the Old Man

found out about the ball games, he drove to the schoolyard
and said: If you can play ball on Sundays, you can work

on Sundays. After that, on Sunday, they worked. So now
you know this story, and it is I who drive to the school

to find you, unleash the fly ball of cruelty that cuts the sky
of this story, that lands with a smack in your hand, marking you red.

Mornings in the fall he passed a tree, hopped the fence
and with palm cupped for the smack, swung his arm

to grab over-head an apple. Twice the size of a baseball,
sweet-soft and bruised with juice, it stained his hand, a man’s hand

now a mother, how she must have seen him from her window,
the Old Woman who owned the tree, must have watched as he grabbed

that apple, but she did not deny him the joy of its thieving,
or of seeing him reach for it, this sweet-soft apple,

grown for pies, not to save. See how she holds out
her hand for us. An apple for him. For you. For me

We keep them as companions, we say. We call
their clucking friendly, are glad when they greet us,
rushing from coops locked at night against foxes.
A sly one might find its way through the weeds

to snatch a girl away, if he were brave, a favored
hen whose brown eggs were warm as a hand
offered in darkness. In long darkness they rest,
their feathers fluffed against a cold we won’t name

but endure, nameless, like hens. Hearts slowed,
minds averted, we break ice from the watering pan,
peck at grain. In spring, the eggs come. We gather
them in baskets, understate their value, trade

for yellow chicks. If a man winks unseemly as he pays
us just a little extra, we’ll pretend it is love. Our hearts
shine like hard opal as husbands in heavy boots
cross the yard for their dinners, and we provide.

Photo by Joey Kyber on Unsplash.

Angela Williamson Emmert’s work has appeared in About Place Journal, Atticus Review, Ekphrastic Review, Prime Number Magazine, Stillwater Review, and other places. She lives in rural Wisconsin with her family and can be reached at awilliamsonemmert@gmail.com.