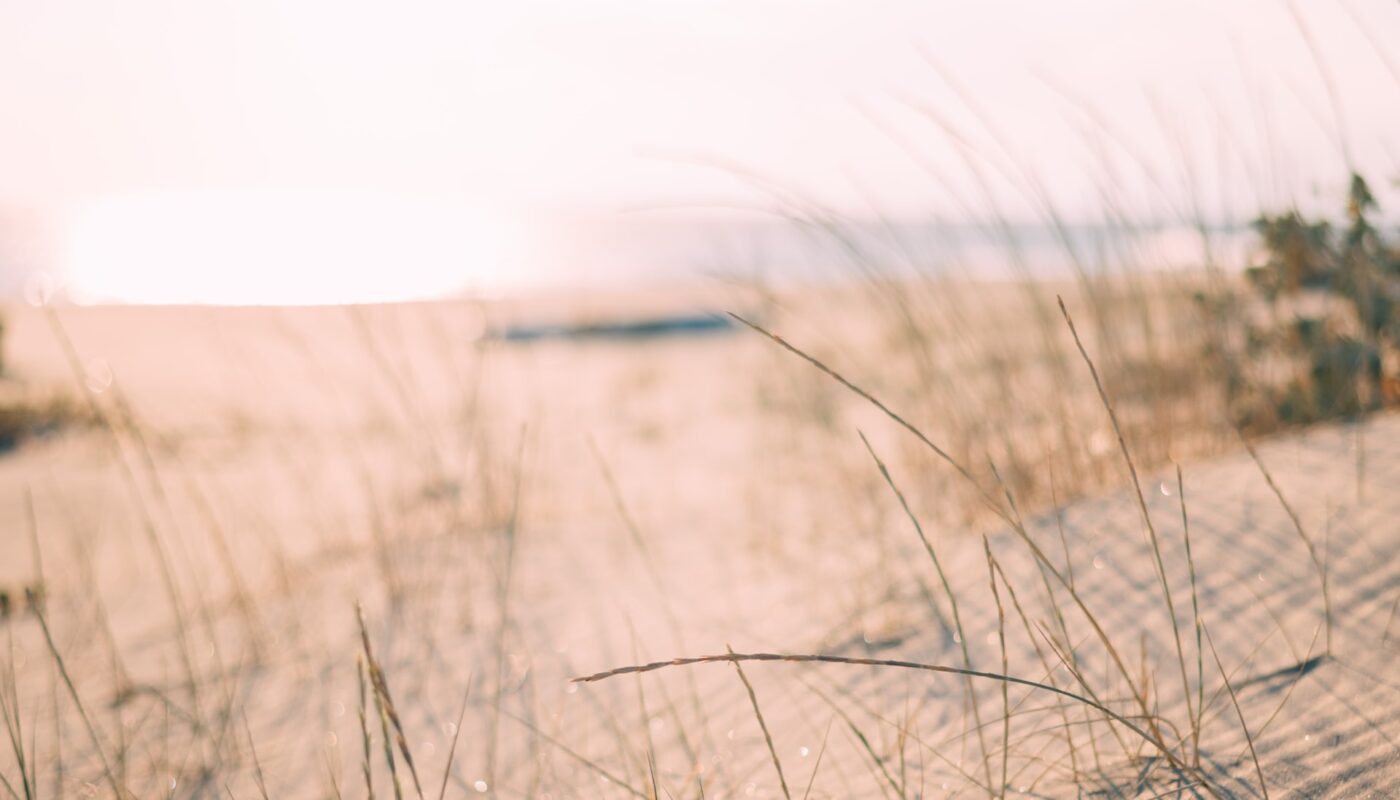 Even from 35,000 feet, I can spot it, the sandy sweep of Lake Michigan’s eastern shore, then a little dimple carved into the giant expanse of water, just south of the natural channel that leads from the big lake to its inlet Pentwater Lake. Here is our family’s summer home.

There are a lot of beautiful beaches along Lake Michigan, but if you ask any one of us, we’ll be happy to tell you that this is the most beautiful. Or better yet, ask a stranger. Wear a Pentwater t-shirt and wherever you are — at Starbucks in DC or a barbecue joint in Texas — someone will stop you and say “You know Pentwater? I was there once,” and then will follow a misty tale of an afternoon picnic or a bonfire on the beach, or even a whole summer spent on this unspoiled stretch of Lake Michigan.

My dad saw it first in 1919, when he was 14 years old, a poor kid from Chicago, who’d been invited by an older friend to ready a cottage for a honeymoon. They took the Pere Marquette railroad, then hiked over the dunes where Dad caught his first uninterrupted view of Lake Michigan. A half-century later he could still recall that first glimpse, the sound of wind on waves and not a speck of land visible on the horizon. He thought to himself then that maybe one day he’d come back to this place with his own family, and he did.

It was a rare childhood summer that we did not spend at least a few days in Pentwater. We grew up braving icy water that gave us what we called “headaches” in our legs, learning to duck under the biggest waves, and then riding their smaller cousins to shore, and a beach that over the course of a mile was rarely inhabited by more than 20 people. It was a place that allowed us to be exactly who we were, relaxed and easy, comfortable with each other and with ourselves. Years later when I met my husband-to-be, I insisted on his first visit to Chicago that we drive to Pentwater, take the ferry across the Lake, and then camp on the beach. It was a test. He passed.

Somewhere along the way, Dad got the idea to rent a cottage for our growing family, and as one year became the next, Pentwater became our summer home. Along about May or June, wherever we lived, the children would sniff the wet spring air and declare “It smells like Pentwater,” and then would begin the countdown to loading up the car and making the trek, sometimes with a dog or cat or both in tow, and once with a tank of sea monkeys that tipped over en route. Arrivals were always the same, racing up the hill to the old green cottage, smelling as it always did, damp and musty and like home. The year we graduated from renters to owners, 1981, we scrawled a growth chart on a bedroom wall. Over the years, it has expanded from the four originals to their 14 children, its inspiration just barely visible on the downstairs living room wall, the first date a faint but visible 1903, a record of the family that built this cottage in 1891.

Pentwater days were long and lazy, the children utterly absorbed in the unlimited combinations of sand and water, and some years also by piles of dead alewives scattered along the shore. Everyone learned to sail a sunfish straight off the beach, across the waves and as far north or south as the wind would carry us. Often we canoed across Pentwater Lake for groceries or ice cream or to listen to the Thursday night band concerts, perched together on a grassy bank on the Village Green. On rainy days we drove to the library, the children lugging home armfuls of books, content to curl up in front of the fireplace or if it wasn’t too cold, on the peaceful front porch, the rain quietly dripping in the background. There were long visits from grandparents and cousins, noisy dinners, cozy fires on chilly nights, and the excitement of watching storms move across the Lake.

My husband’s work took us from one end of the country to the other. It was high stress, and carried out in the public arena, but in Pentwater, we were just an ordinary family. We moved from California to Ohio to Indiana and Wisconsin and finally to Virginia, but wherever we lived, at heart we remained proud Midwesterners. We took outsized pleasure as our East Coast visitors marveled at the size of the Lake, at the way it roared on some days and lapped gently on others.

Not that things haven’t changed over the years. Sometimes now the lake is so high that we have no beach, and others, it’s so low we fear it will dry up. The water has grown so warm that we can walk in without a shiver, and it’s hard to imagine an evening cool enough for a fire. Instead of watching the storms roll across the western sky, we hunker down inside, praying that they’ll not bring down trees, or take out the power, or wash the road out—again.

But some things are exactly the same. I still pause at the top of the dune every summer morning, standing there to greet the lake and to imagine my dad — 100 years ago — seeing all this for the first time. I shut my eyes, willing back to this beloved place all the people who are no longer here — my parents, my sister, my husband. I know if I am just still enough, if I look hard enough, I’ll spot them. In the wind and the waves, in a shore bird swooping overhead. In the fabric of the life our family has woven across the generations, in this tiny dot of a place along the shore of Lake Michigan, Pentwater.

Photo by Mourad Saadi on Unsplash

Karen O’Neil is a retired secondary school English teacher and administrator who lives and writes in Washington, D.C. As a member of a large and sprawling family, she draws upon her own experience to explore through her writing the interplay of inter-generational relationships and their lasting impact on family experience. She was born and brought up in Chicago, and although it has been half a century since she has lived there, she still feels most at home on either side of Lake Michigan. Her work has appeared in several publications including bioStories, Embodied Effigies, and The Mindful Word.