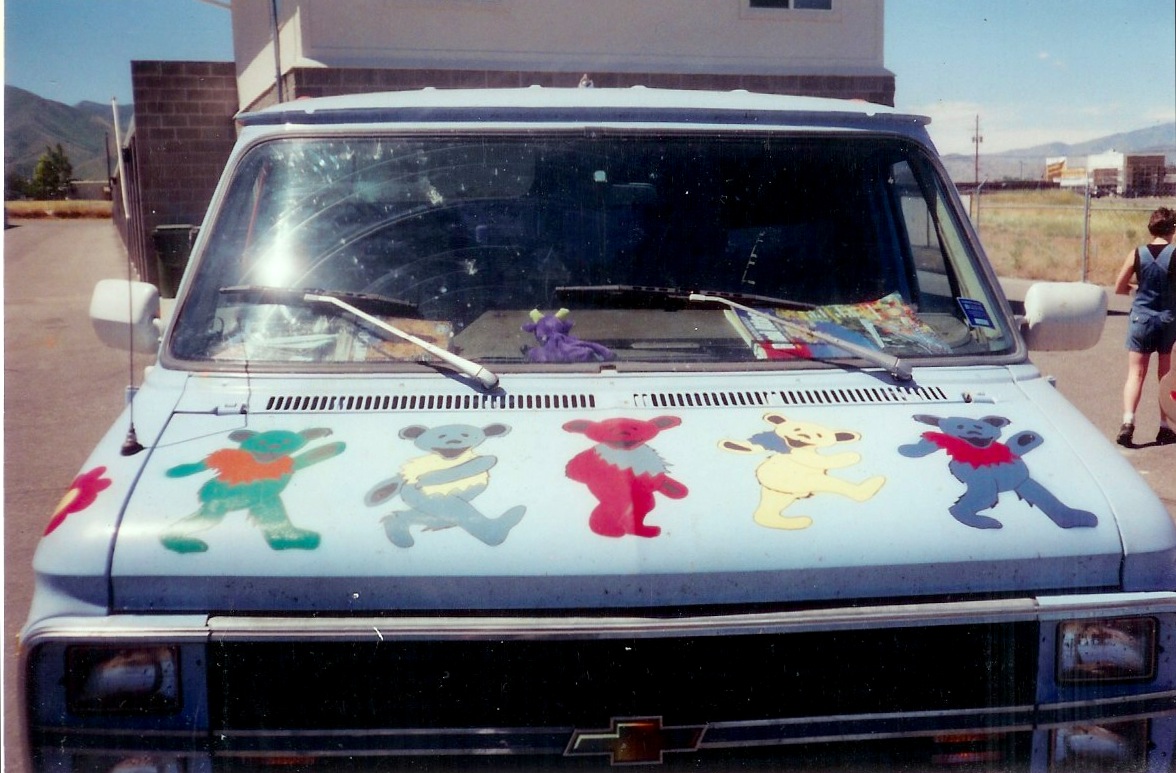 With concrete as unforgiving beneath me as a cushionless church pew, I gazed up hundreds of feet into the sky, expecting the TA sign steepling high above the outskirts of Toledo to provide the answers to life’s greatest questions: How had I gotten here? And how much farther could I go? Expecting a religious experience, I instead fell in love.

These were the early days, when I could only get about halfway through a cigarette before starting to feel slightly queasy. It would be during this trip, in fact, that I would become firmly cemented in the class of “smoker,” a status that even five years after quitting still feels like home. Somewhere along the endlessness of I-80, a line was crossed and I left behind the realm of “wanting” a cigarette to become a permanent resident of that seedier place called “needing” one. It’s this trip that I blame every time someone lights up and the ever-familiar lust — so long denied — winds its way through the smoke and into my soul.

But this was the first day of that trip, so the American Spirit perched between the index and middle fingers of my right hand was making me a little bit sick as I sat on the curb with a silk scarf tied around my head and my long tie-dyed skirt modestly shoved between the peaks of my knees. I looked every bit the part beside the rainbow-painted, Grateful Dead Bear-adorned Chevy conversion van my friend Leela had purchased off eBay for $800 the week before.

The “Sweet-Ass Van,” as it had been dubbed by another friend, seemed so vibrant and vivacious when we climbed aboard the night before, even as we crossed the George Washington Bridge and traversed the Garden State Parkway. It was somewhere in the mountains of Pennsylvania that Sweet-Ass seemed to lose her lust for life and now, nearly 18 hours later, this first leg of Leela’s exodus from New York City had taken us nearly twice as long as it should have. This being the first day of the trip, we had no way of knowing this was “making good time” by what would become our standards — the drive to California ended up consuming my entire three-week break from school.

Even in patchouli-soaked company Sweet-Ass was something to behold. For the salt-of-the-Earth folks at the TA — their T-shirts tucked into jeans, work boots actually distressed by work and literal trucker hats perched atop their heads — she must’ve been mind-blowing. But we were back in the Midwest, where politeness prevails, so even the people who rushed past us in a hurry took the time to make eye contact and smile. Those with a bit more afternoon to spare stopped to see “what’s the problem?” It was one of these kind fellows who confirmed the worst of my fears. 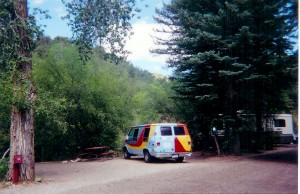 We had already nursed this beauty through so much, pouring 12 quarts of oil into her increasingly exhausted engine between the Poconos and the sanctuary that was this truck stop. We’d emerged from the night surrounded by sun-illuminated cornfields, which proved to be a picturesque backdrop for us to pose against, gas cans in hand and thumbs outstretched. Traipsing through maize on our way back to the van, life felt so much like a lark that we didn’t even pause to consider, in light of Sweet-Ass’s broken gas gauge revelation, what else we didn’t know about this bitch.

I was a month shy of my 19th birthday and three weeks shy of having lived in New York for a whole year so, needless to say, I was pretty secure in my credentials as “The Shit” and quite certain I knew absolutely everything. This trip would prove me wrong in almost every way, but it turned out I did in fact know one thing: That knocking under the hood was the harbinger of doom.

The unmistakable sound started just outside Toledo and blessedly within sight of the corporate beacon of TravelCenters of America — the blue and red TA under which the unforgiving concrete and slightly-nauseating cigarette were about to bear witness to a moment of pure solace.

Shortly, it would be discovered that Leela’s AAA had expired five days prior and we would nurse the dying engine a few more miles, crossing the Ohio/Michigan border and arriving at my Aunt Jennie and Uncle John’s farm in Ottawa Lake.

But before all that, as I gazed out at the choreography of semis going to and fro and inhaled exhaust fumes between the puffs from my smoke, I had an experience of true presence. This truck stop — with its rows and rows of foodstuffs and car care products, its displays of kitsch, its walls of cold beverages, its islands of coffee and full stock of cigarettes — provided everything I could possibly need at that exact moment. I began thinking about its trucker showers and its laundry room, its full-service restaurant and its fast food options and realized that this truck stop actually provided everything I could possibly need for the rest of my life.

Sitting next to the Sweet-Ass Van, I fell profoundly in love with that truck stop, and with all truck stops, really. It didn’t matter how I’d gotten there or how much farther I would go, I had everything I needed within reach. And whenever I see that blue and red TA, wherever I may be, I will forever feel that same sense of overwhelming contentment.

Jodie Fletcher is a former newspaper reporter who left the glitz and glamor of a small-town daily to fulfill her freelancing dreams. Her work occasionally appears in Traverse Magazine and she serves as the co-editor and designer of The Mitten, a publication of the Michigan chapter of the Society of Children’s Book Writers and Illustrators. She will also be editing the upcoming comic, 2 Cents from a Shopgirl.