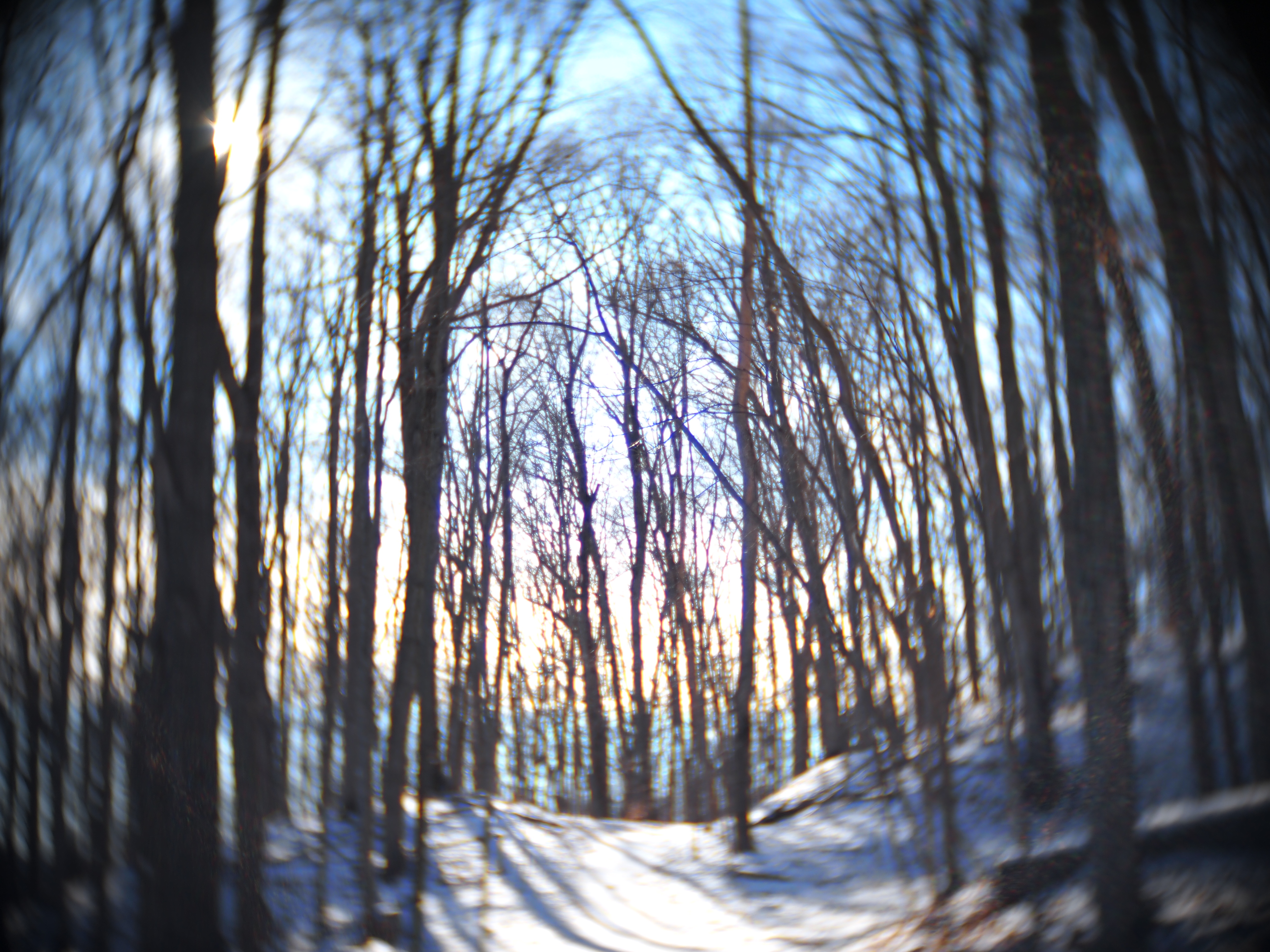 “There are three things you need to survive winter here,” Lynda said, yanking the zipper of her puffy down coat up to her chin. We were walking along Front Street in Traverse City, making our way back to the office after our lunch break. A snowy north wind was blasting off the bay, and we both winced as the little granules stung our faces.

She continued: “One: A good pair of cross-country skis. Two: A membership to the Park Place Hotel pool; they’ve got a hot tub. And three,” — we scooted into the office foyer, cheeks flaming, and stomped the snow from our boots — “a plane ticket somewhere warm for a week in February. Trust me, you’ll want to get outta here by then.”

It was December 2007, my first year with a career job, my first year Up North. I’d arrived in time to see the trilliums in May and had spent the summer well, if the sand still in my car’s floor mats was any indication. Autumn had been beautiful but brief, and the locals I’d met by then were full of wisdom and warnings about the long, cold, dark days ahead: Invest in snow tires. Get a warmer coat. Show up early to the annual ski swap for the best deals.

A co-worker even explained the trick to peeing outside while wearing ski gear if nature called while I was on the cross-country trails. She looked ridiculous pantomiming it to me in her business-casual attire, substituting her office’s door frame for a tree, but even though we were giggling, inside my head I was solemnly filing the image away with all the other tips.

In the flat and clay-soiled southeastern corner of the state, where I’m originally from, people love to hate winter. They don’t know how to drive in snow, much less skillfully pee in it. They throw up their hands at the weatherman’s predictions and complain about the cold, the roads, the endless cloud cover. Back in April, when I announced I’d landed a new job and was moving to Traverse City, my friends had laughed at my snowy fate. “Good luck with that whole winter thing!”

I didn’t need luck. Maybe I needed a better coat or to regularly peel off all the layers and soak in a hot tub, but “that whole winter thing” was part of the reason I wanted to live Up North in the first place. As a kid growing up in the suburbs, I’d had a hunch that our Detroit winters were more like a facsimile of what winter was supposed to be. The light snow dustings that would snarl traffic then melt a day later: these were Xeroxed copies, faint and gray, of the real thing. I wanted the original, with its message clearly legible in the deep drifts, deep cold, deep quiet: You are alive. I was moving Up North for a job, sure, but also in search of a life that reflected, not rejected, the natural world. I wanted to live where all the seasons had an equal place at the table, where the seam between civilization and the elements was blurred, like the bay’s horizon when lake effect snow rolls in.

I didn’t get the snow tires that year but I did invest in cross-country skis. Honestly, my first time out on the trail was more misery than magic: I fell every few feet, until finally I clicked out of the skis in frustration and hoofed it back to the trailhead, blistered heels burning in my spiffy new boots. But by the time I got to my car, a light snow was falling and evening had settled in. All was hushed and lovely. It was pretty hard to stay upset.

Despite the fact that I never really got the hang of skiing, always windmilling into at least one big face-plant per outing, I was still grateful for the places my skis took me that first winter: out into cathedrals of red pine, across whipped-cream meadows that turned lavender when dusk fell, through hills where bare trees looked like brushstrokes against the oyster-shell sky. The sounds of snow sifting through branches or waves of crushed ice rolling in the bay — they were exciting and new. But even the familiar murmur of the heat kicking on in my crummy apartment, when I was home and thawing out after each adventure, took on a different significance. It was the sound of contentment.

I didn’t buy that ticket to somewhere warm in February or even March, by which time the city’s plows were running out of places to push the mountains of snow. Sure, there would be Florida-bound mid-winter getaways in subsequent years, because my friend was right: When you live in a place where there’s snow on the ground for up to six month, you need skis, hot tub access, and every once in awhile, a damn break. But that first winter? I marinated in the solitude and kept hitting the trails and reveled in what I felt was the making of a badge of honor. Here was winter, the original. And I was right there with it, earning my stripes as a Northerner, shedding my downstate skin and buttoning up into a puffy down coat of my own.

It’s been seven years since my first winter Up North. I hear the Park Place isn’t offering pool memberships anymore, which is just as well for me; I live downstate again now, having moved for another adventure, and I’ve long since passed my skis to another Northern newbie. People down here ask me if I miss the Traverse City summers. Sure, I say, thinking of my once-sandy floor mats. But the truth is, I miss the winters just as much. I try to explain it to my friends here, describing the particular beauty of a winter beach, the way the wind whips the sand and snow together until the shoreline is as crackly and caramel-colored as crème brûlée. An Up North winter is not the glinting-white, unyielding edge of a knife, as people down here seem to believe; it is the cold, soft, silver bowl of a spoon. It feeds us, if we want to be fed.