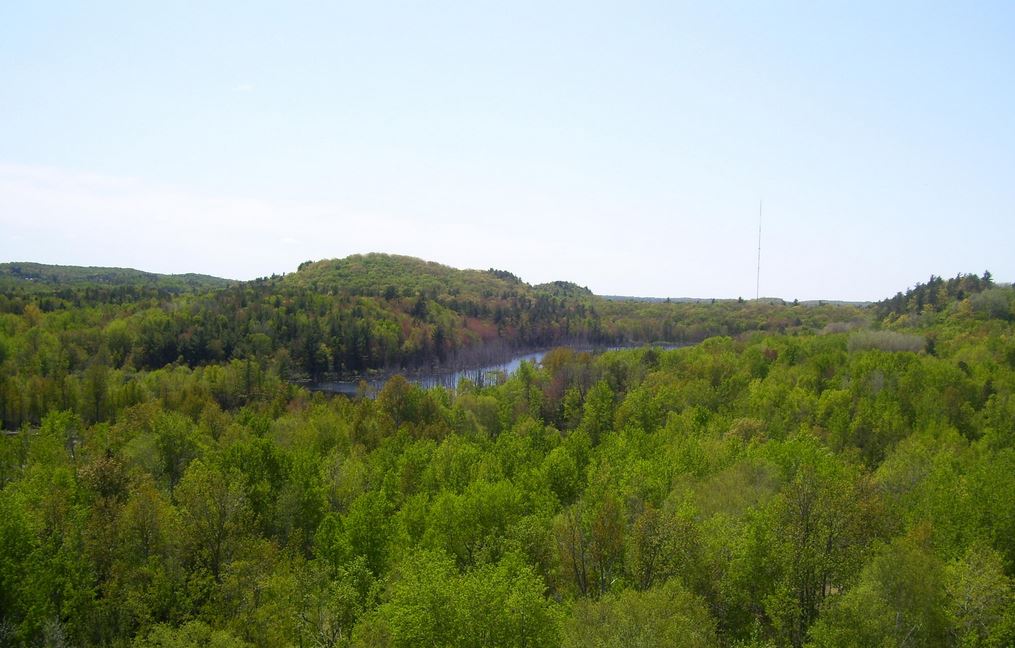 I grew up in Negaunee, but this isn’t about Negaunee.  It’s about the wonderful bladder of Negaunee.  I’m talking about Teal Lake.  Freckled by trees, filled with children (illegally at the time—an ignored “no swimming” city ordinance), and truly Negaunee’s front porch.  Without the lake, Negaunee would be Gwinn.  And no one wants to be Gwinn.

The lake cures boredom, cured the boredom of my youth.  Countless times.

It was always a guaranteed painting.  Even on crappy weather days.  And there are a billion of those in Negaunee.

Negaunee I was told as a kid means “leads to.”  The implication was it leads you to hell.  It was a bad joke.  Told several times.  I was also told it means “the complete absence of a patella,” meaning that the knee was gone.  A worse joke.

But the lake, wonderfully jokeless.  Multicolored with its autumn reflections.  The “teal” in the name even announcing its emphasis on color.

Its pleasure center was Swede.  A log diving board hidden on the far side of the lake where kids would dive-bomb into the water.  The joy of breaking the law without doing a major offense.  The criminal act of leisurely swimming.

We did dangerous dives.  Our bodies near the rocks.  Upside-down and head first and backwards and drunk.

I remember having a fistfight with my cousin in the water.  The inability to land punches while trying to swim.  There’s a reason why they haven’t yet combined the sport of boxing with the 200-meter butterfly.

Negaunee is a mix of blood and snow for me.  There’s broken bones and blown out candles.

But the lake brings a particular peace.

I sometimes get mad at the city, hate the town, but never the lake.  It’s too innocent.  It’s too natural.  It has no ugly buildings.  (Negaunee does.)  There’s not an alcoholic standing there when you drive by.  (He’d drown.)  They’re not going to build a casino in the middle of Teal Lake.  (Hopefully.)  Instead it’s just blue and green and yellow and white and black and brown, depending on where you stand, on what time of day it is, what season.  The lake is color.  It’s fireworks.  It’s ice fishing.  It’s dunking your cousin’s head underwater and running.  (My cousin, by the end of this, will be black and blue himself, filled with color.)  After family fights, I’d walk to its edge, stare.  And it always calmed me.

It’s the reason we don’t baptize people in city concrete.  We don’t duck you in car exhaust.  Water heals.  It renews.  And the city is lucky to have it.  It makes Negaunee Negaunee.  It’s one of the reasons I keep going back.  And I’m tentative to.  There’s truth to Luke 4:24’s “‘Truly I tell you,’ he continued, ‘no prophet is accepted in his hometown.’”

Or “But I tell you the truth, no prophet is accepted in his hometown.”

Or “And he said, ‘Truly, I say to you, no prophet is acceptable in his hometown.”

Or “And he said, Verily, I say unto you, No prophet is accepted in his own country.”

Or “‘I tell you in solemn truth,’ He added, ‘that no Prophet is welcomed among his own people.’”

The truth is the lake shifts like the Bible.

The lake shifts as much as the line does, but the truth is always there, always saying, “You are welcome.”

And it holds you.  All around.  Every part of your body.