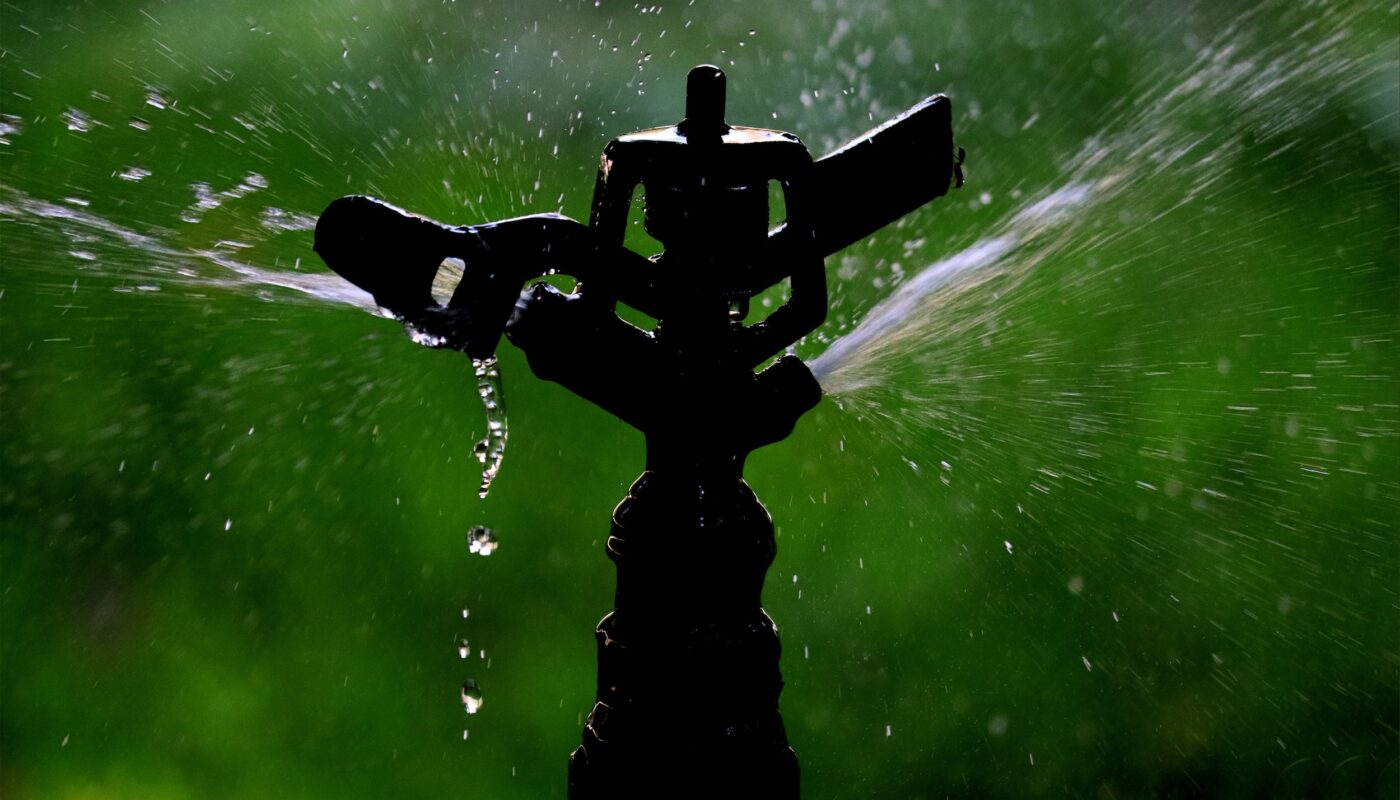 Sister, do you remember how we played
alone together in summer-charred
suburbs? Shooed out for fresh air when
other kids lolled by AC units and Sega?

How tarmac rasped our nostrils like a match
until we made games from shade patches,
switch-backed through sprinklers, tiny knife-sharp
mouths spitting cool diamonds on our flesh.

How jump ropes cut caked air, PVC’s
live wire cocooning us before it
lashed our calves. Sister, there were plastic
snakes in summer. So we roamed wider –

found hopscotch etched on concrete heat, squares
like neon flour on a counter
after pans were chucked in the oven.
Some kids had strict parents, were called

inside for dinner. Did I give you
a bandaid when you fell on train tracks,
your blood lumpy with black nail grease?
My pockets were empty. How many

abandoned yards, old cemeteries
were scouted before we noticed thirst?
Somehow summer was inside us, a dry
failure to swallow, like we’d opened

our mouths serpentine for ripe spoils
far bigger than our two slight bodies.

Photo by Mani Sankar on Unsplash.

Emily Osborne’s poetry, short fiction, and Old Norse-to-English verse translations have been published in journals and anthologies such as Vallum, CV2, The Polyglot, The Literary Review of Canada, Barren Magazine, and Althingi: The Crescent and the Northern Star (Outland Entertainment). Her debut book of poetry, Safety Razor, is forthcoming from Gordon Hill Press (Spring 2023). In 2018, Emily won The Malahat Review’s Far Horizons Award for Poetry, and her chapbook Biometrical was published by Anstruther Press. Emily spent the first 22 years of her life in London, Ontario before moving to the UK to complete a PhD in Old Norse-Icelandic Literature at Cambridge University. Currently, Emily lives on Bowen Island, BC, with her husband and two young sons.  Find her on Twitter.