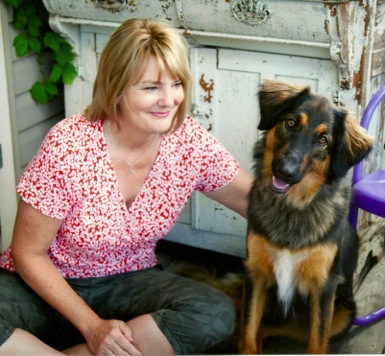 Mardi Jo Link’s memoir Bootstrapper: From Broke to Badass on a Northern Michigan Farm was #14 on the Michigan Bestseller List in October. She spoke to us about some of her other projects, too.

Wicked Takes the Witness Stand is the true account of a botched murder investigation and the crushing wave of criminal trials that swept up several innocent men up.  In Dec. of 1986, an oilfield worker was found frozen in the back of his pick-up truck in downtown Gaylord. Because of a botched autopsy, a tunnel vision police investigation, a blindly ambitious prosecution, and one extremely crazy so-called witness, five men went to prison for something that was probably a drug overdose.  If you go to Gaylord today and ask about this case, most people will say the men beat a murder rap. They didn’t, they were innocent and their lives were ruined. That’s why I wrote the book.

After my other two crime books, When Evil Came to Good Hart (2008), and Isadore’s Secret (2009) were published, people started contacting me about other unsolved crimes. Police officers, victims, attorneys, etc. This one really grabbed me because of the complexity of the court case and because of how long their defense attorneys worked to vindicate the five men. It took me several years to write and I have to warn readers, the redemption in it is very small.

I was born in Detroit, grew up in various Michigan cities – Flint, Battle Creek, Kalamazoo, Bay City – and studied journalism at Michigan State University. I worked as a newspaper reporter in New England, then moved back to Michigan when I was ready to start a family. I live in Traverse City now, and can’t imagine ever wanting to live anywhere else.

I’m a workhorse. I try to write every day. I’m also an insomniac and the two fit together quite nicely (she said sleepily). I prefer to work on only one project at a time, but that isn’t always possible. I have a memoir out in paperback, Bootstrapper, just turned in a second memoir, The Drummond Girls (about an annual trip to Drummond Island), which will be published sometime in 2015, and I write a column for my local paper, the Traverse City Record-Eagle. I’m thinking I might want to try fiction . . .

It would have to be Hemingway. The Nick Adams stories just ooze with love for Michigan and because no one else can say so much with such plain, unadorned language.  I also like Thomas Lynch, Bonnie Jo Campbell, Steve Luxenberg, Anne-Marie Oomen, Ander Monson, and Elmore Leonard.